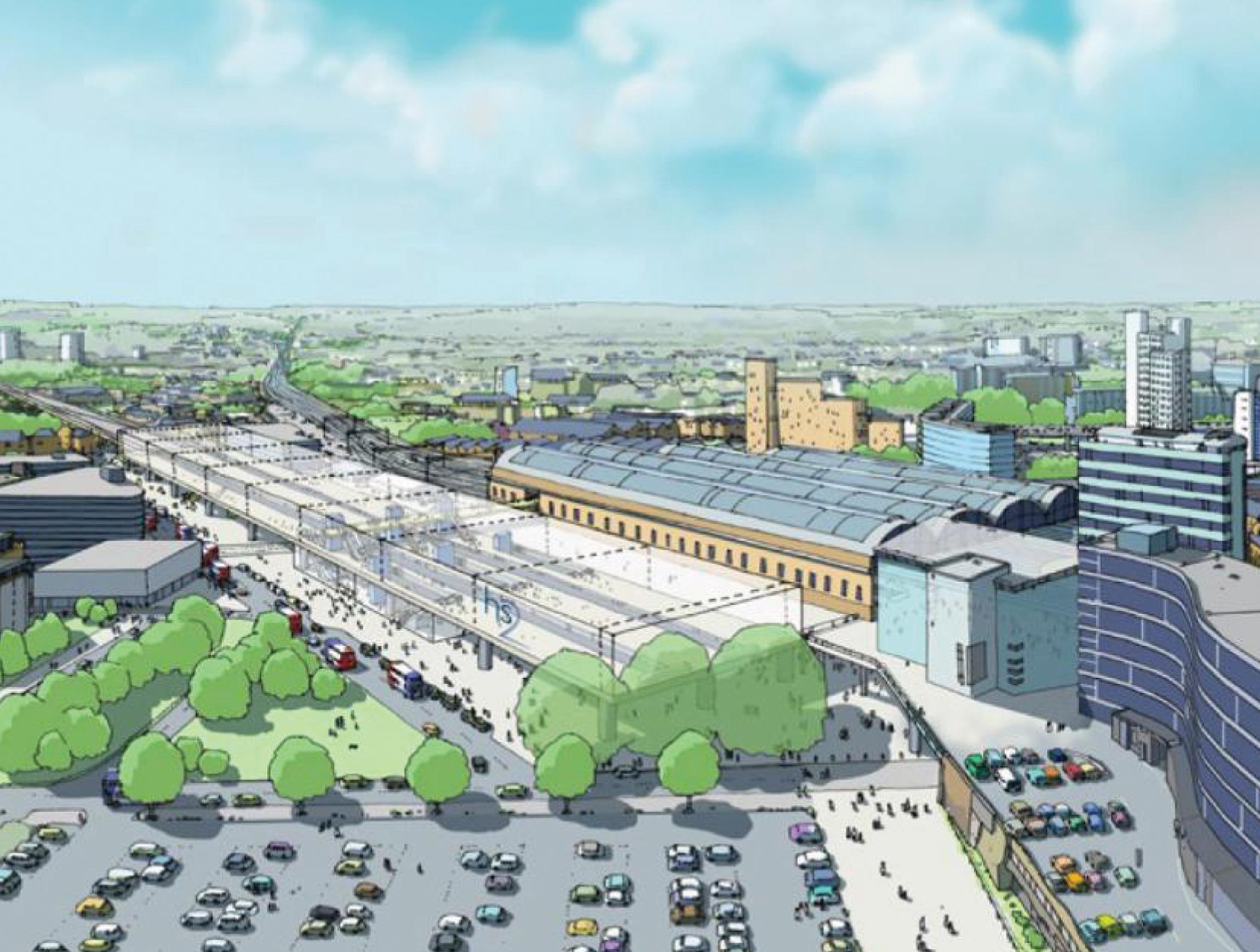 GREATER Manchester Leaders are calling today for an urgent rethink of plans to bring HS2 to Manchester, warning that the wrong solution could damage the prospects of the whole North of England for generations to come.

Authorities will submit formal petitions to Government raising the key changes they believe are vital for HS2 – and Northern Powerhouse Rail (NPR) – to be a success for the North.

Leaders are determined to get the best from the high-speed network for future generations and have called for changes including an underground station at Manchester Piccadilly rather than the Government’s proposed overground solution. Manchester Piccadilly is central to both HS2 and NPR and modeling suggests that an overground station would be at full capacity from day one, with no option to accommodate extra services. This second-class option would effectively hamper the future of rail infrastructure for the whole of the North for generations to come.

Given that the wrong solution at Manchester Piccadilly could rule out the right rail solution for the whole of the North of England, the Mayor of Greater Manchester has called for the precise issue of the station’s design to be brought to a vote of all MPs on the floor of the House of Commons.

“We cannot continue to repeat the mistakes of the past – failing to invest in central Manchester’s rail links has led to rail chaos across the North time and again.

“This is a huge moment and the decisions that are made now will affect the prospects for people here in the North for hundreds of years to come. A second-class choice for HS2 at Manchester Piccadilly station will be a hammer blow to any prospects of really Leveling Up our country.

“If we get the wrong solution at Piccadilly, it will limit economic growth, limit opportunities for local people and businesses, and limit the right rail solution for the whole of the North of England. This issue is of first order importance to our city-region, and it is only right that all MPs have the opportunity to debate and vote on the final plans for this once-in-a-century opportunity.

“We are pleased that there has been some progress and welcome the comments from Liz Truss to fully commit to delivering the North’s version of Northern Powerhouse Rail. But if she is being true to her words, this must also include a reset moment on HS2 and the station at Piccadilly which is fundamental to the future of the North.”

The Second Reading of the High Speed ​​Crewe-Manchester Bill took place on 20 June and triggered the ‘petitioning’ period where concerns can be raised and addressed. Issues which cannot be agreed with HS2 Ltd and the Government are then decided on by a Select Committee of MPs.

“Connecting Greater Manchester into the future high speed rail network has been a priority of the city-region for many years.

“We have consistently been in favor of bringing HS2 and NPR in full to our city-region, with the benefits it can bring to support regeneration, growth and increase capacity on our already clogged network. But we need to ensure that this is delivered in the best way to benefit all our communities.

“The comments from Liz Truss last week are very welcome. But the current HS2 Bill, which has been making its way through Parliament, still raises many concerns and that’s why we are petitioning strongly to make sure the plans lay the right foundations for truly transformational change and deliver the leveling-up ambitions promised to people in the North.

“Fundamentally, a future-proofed underground station into Piccadilly that can expand to meet increased capacity in the coming years – and not be log jammed on day one – is a key element of our petition. An overground station would stymie the continuing regeneration of east Manchester for a decade or halt it completely in some areas, while severing the city’s Metrolink service for years. We also need to work with HS2 Ltd to ensure ventilation shafts for the incoming tunnel do not negatively impact our local communities, alongside improved solutions for connecting the airport to local travel infrastructure, including the Metrolink network at the point of opening.

“We hope for constructive conversations with the Government and HS2 Ltd about the way forward. If Leveling Up is to mean anything, and the historic investment gap in transport in the North of England it to be addressed, they need to be prepared to invest in the future and look at the benefits over the life of the project, not just the up front costs.”

Hopes are high for a ‘rethink moment’ on HS2 plans for the city-region after Conservative leadership candidate Liz Truss committed to delivering Northern Powerhouse Rail (NPR) in full.

HS2 and NPR are core components of the Government’s Integrated Rail Plan (IRP), which was promised to radically improve and connect services across the North and Midlands. The scaled-back IRP published in November 2021 did not deliver the plan that Transport for the North had agreed was required, cutting Bradford out completely.

Last week the Transport Select Committee concluded that the £96bn IRP in its current form “will reduce the prospects of meeting ambitions for the North” and has called on the Government to reconsider the evidence base, including further discussions on the station options at Manchester Piccadilly .