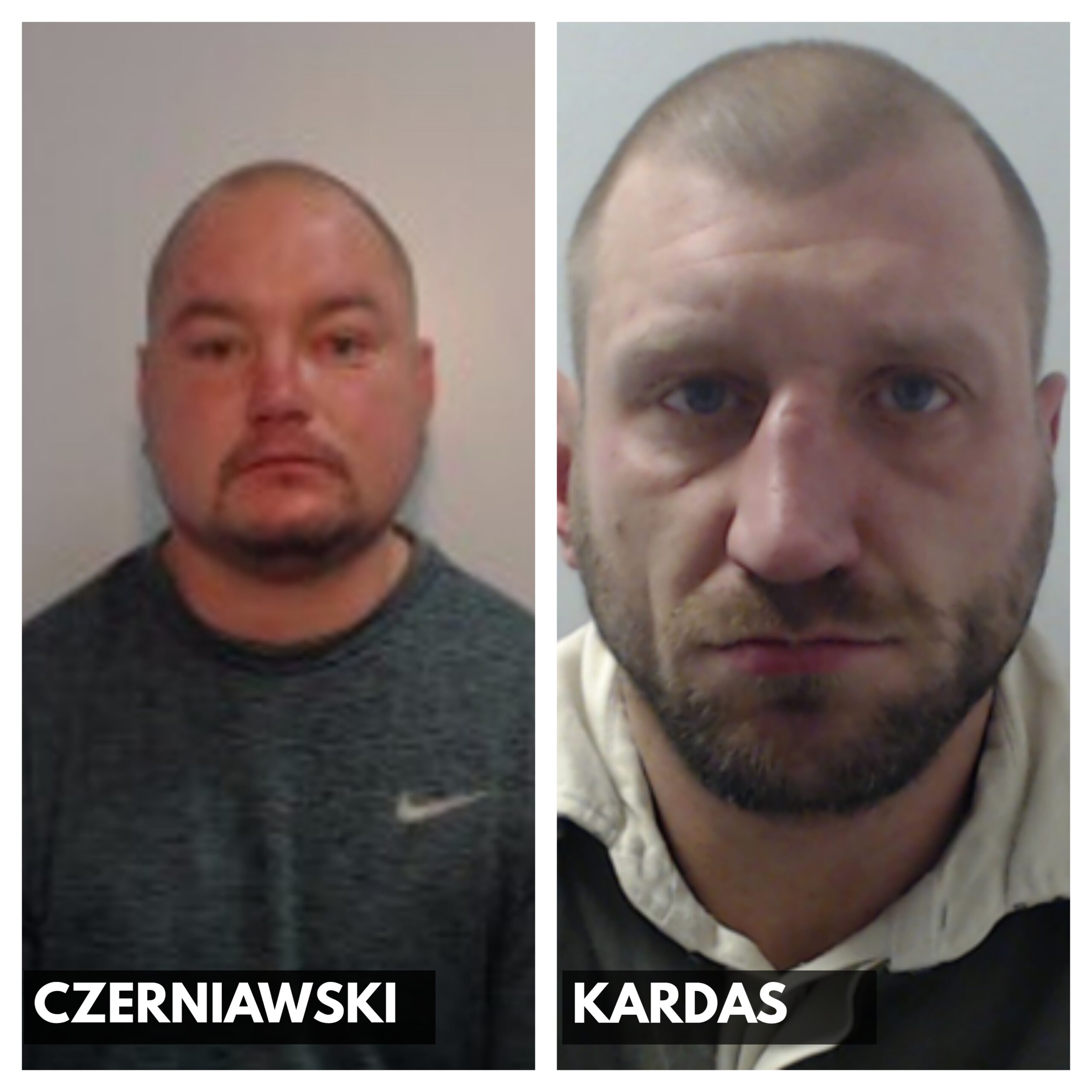 Two men have been jailed after carrying out a series of vicious attacks during Coty Center robberies .

Michal Czerniawski,36, of no fixed abode, was jailed for four years and five months, after being found guilty of robbery and attempted robbery.

Michal Kardas, 37, of no fixed abode, was jailed for four years and six months, after also being found guilty of robbery and attempted robbery.

The court heard how on the afternoon of the 10 November last year Czerniawski and Kardas approached their first victim, a man in his 50s, on Dale Street in the City Centre, where they demanded his bag before proceeding to viciously and repeatedly punch the victim to his face. A member of the public spotted the situation and ran over to help with the defendants running away from the scene.

Later on that evening, at around 8pm, the defendants found their second victim, a man in his 30s, who was walking beside the Canal in the Ancoats area of ​​the city. Kardas put the victim in a headlock while the pair shouted at him to hand over money.

During the attack, Czerniawski lifted the victim up by his legs, leaving him fearing that he would be thrown into the canal. Czerniawski proceeded to punch the victim to his stomach, while Kardas gripped his neck so tightly that he fell unconsciously before coming round to the pair demanding the pin code to his mobile phone before then leaving with the phone.

The defendants were caught and arrested by an officer after the first victim spotted the pair walking in the city center the following Sunday and alerted police.

Police Constable Benjamin John, of GMP’s Operation Valiant team, said: “These incidents were terrifying for the victims who were simply going about their day. No one should have to feel scared when walking around in public, and I am pleased that these two men are now facing a jail term for their despicable actions.