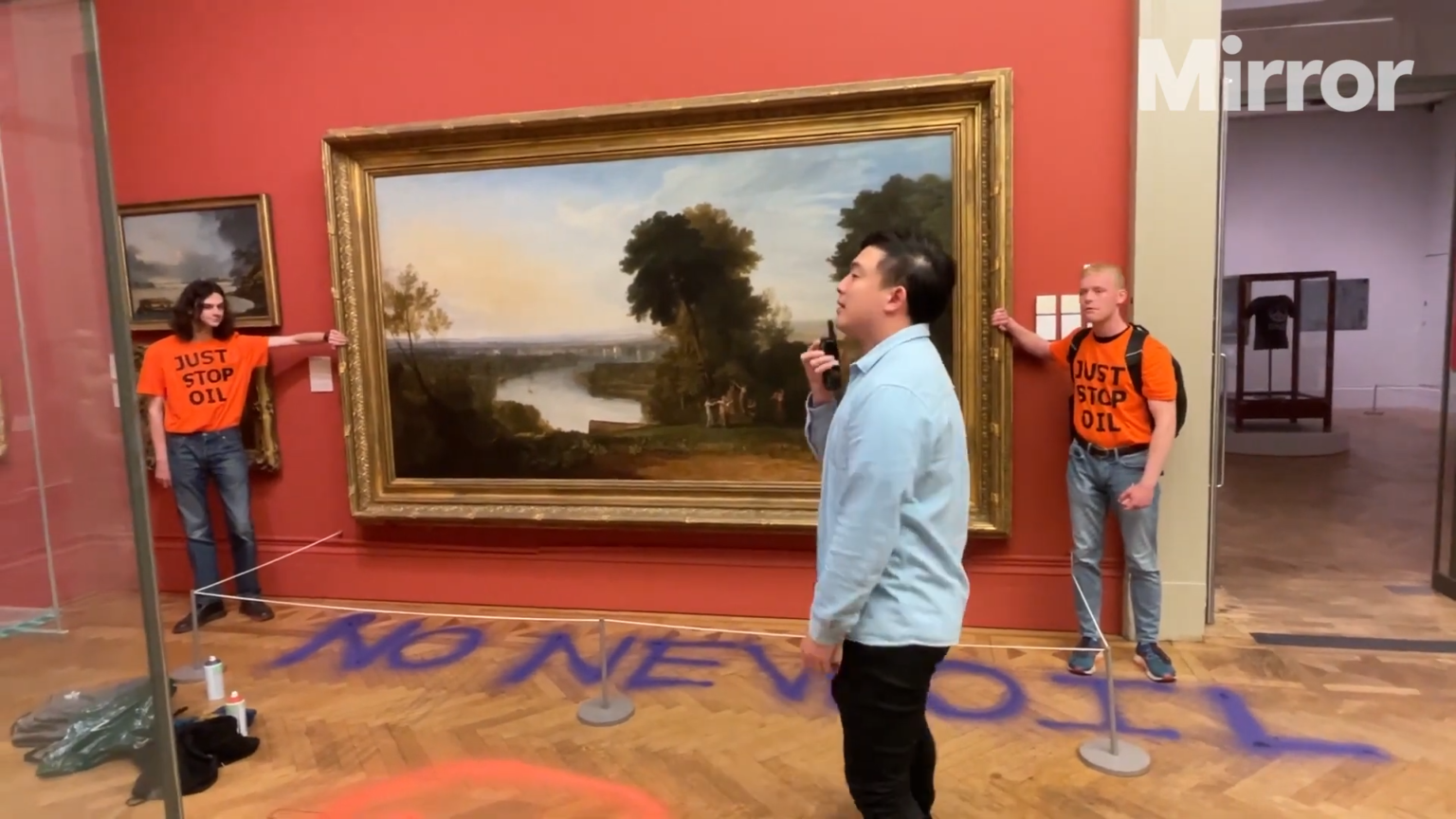 Two young supporters of Just Stop Oil have glued themselves to the frame of a painting at the Manchester Art Gallery, as they call for the government to end new oil and gas and for art institutions to join them in civil resistance.

The painting is Tomson’s Aeolian Harp (1809) by JMW Turner. It depicts a view overlooking the River Thames from Richmond Hill.

“The youth of the world have literally nothing to lose anymore, we are a generation sacrificed. There are millions in fuel and food poverty, our wildlife and landscapes are devastated and we face famine and war. Our government is accelerating the chaos by allowing new fossil fuel infrastructure, we will not stand by and let this creeping evil continue.

“No one gets a free pass. By refusing to use its power and influence to help end this madness, the art establishment is complicit in genocide. Directors of art institutions should be calling on the government to stop all new oil and gas projects immediately.”

“I would like to say to anyone and everyone who is reading this, you may think this action is outrageous or scandalous but what choice do I have? The Government is knowingly destroying the futures of young people and condemning billions of people all over the world to death by continuing to license new fossil fuel infrastructure.

“How far would you be willing to go to save the life of someone you love? What about the future of humanity? I cannot carry on living my life as if this is not happening. I am willing to do anything I can to wake people up and to stop this grotesque catastrophe from unfolding, even if it means sacrificing my liberty.”

According to flood risk mapping carried out by Climate Central, the areas of London that are depicted in Turner’s painting could be regularly underwater as early as 2030.

Yesterday two young supporters of Just Stop Oil were arrested at the Courtauld Gallery in London after they glued themselves to the frame of Peach Trees in Blossom by Vincent Van Gogh. Louis McKechnie, 21, from Weymouth in Dorset and Emily Brocklebank, 24, from Leeds were held in custody overnight.