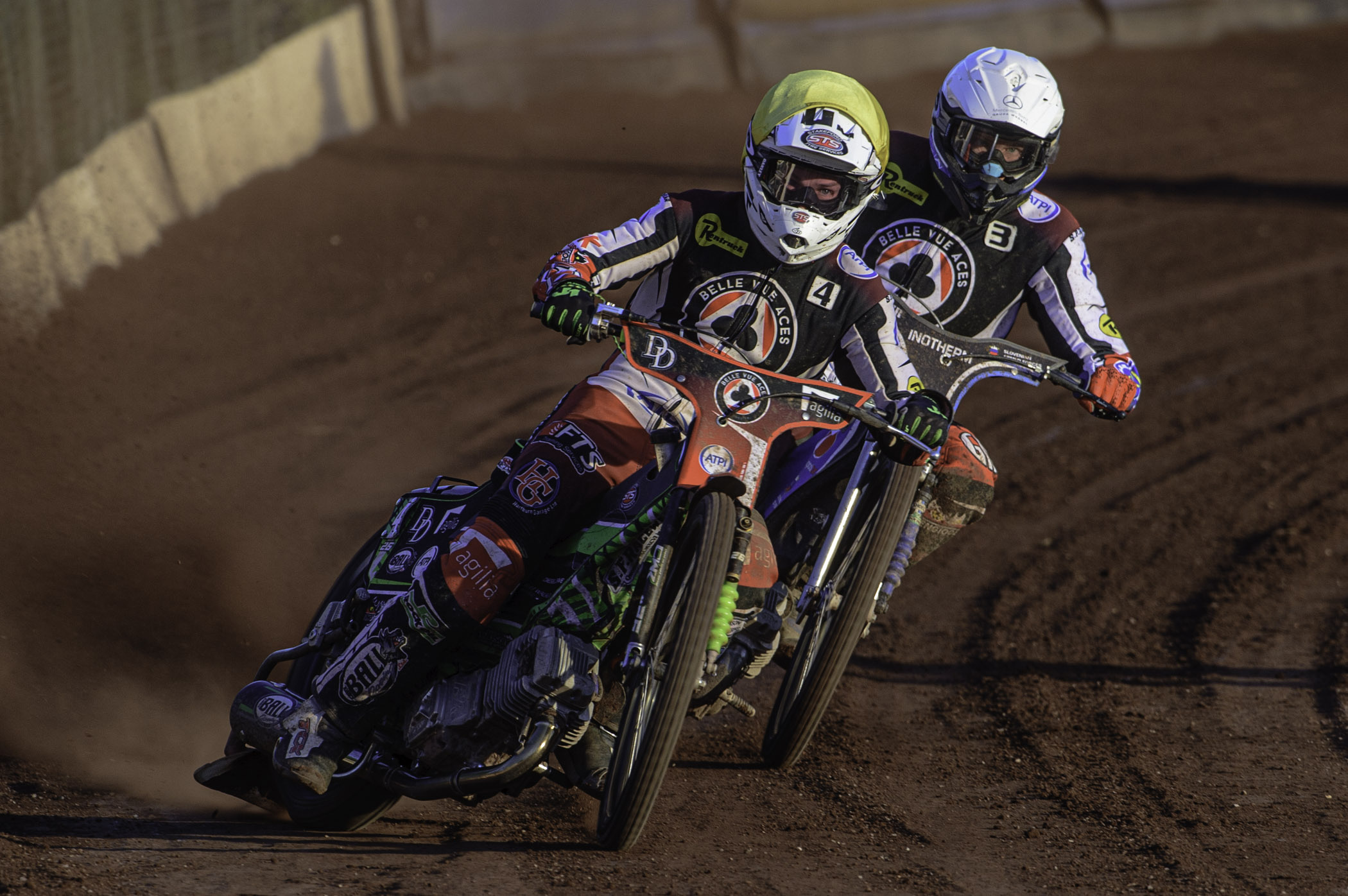 ANOTHER challenging night at Owlerton saw Belle Vue fall short of the Sheffield Tigers, who dominated on home shale and defeated the ATPI Aces 54-36.

The visitors were on the backfoot almost immediately as the TruPlant Tigers set the bar in Heat 1, leaving the Mancunians to play catch up.

The night was not without its glimmers of hope for the ATPI Aces however as they managed to keep their hosts to within 8 points after nine races.

The reserve pairing of Norick Blodorn and Tom Brennan had their work cut out for them covering for the injured Jye Etheridge, and both performed admirably.

But a crucial 5-1 for the home side in Heat 10 proved to be the pivotal moment that sealed Belle Vue’s fate and ended any hope they had of claiming a league point.

Charles Wright topped the score charts for the ATPI Aces with 10 points and said, while a disappointing result, it is very much a marathon, not a sprint.

He said: “Sheffield aren’t favorites for the league for nothing. They are a tough team on their home track and it definitely showed in the way they rode.

“I think the set-ups caught us out a bit to begin with. What we thought would work when we were on the track walk didn’t work in practice.

“So we talked it through, changed a few things and we started to get to grips with the track but then towards the end we just lost it again.

“But it’s still early days and our heads haven’t dropped. I don’t think the score reflects how hard we were fighting, and this is a marathon not a sprint.

“It is very disappointing and frustrating but you need to be firing all at once to make an impact at Owlerton, and unfortunately tonight we weren’t.”

Aces boss Mark Lemon added: “Yes, we should have been better on track. We are a very capable side and tonight’s performance doesn’t reflect that.

“On the other hand, Sheffield were solid all meeting but for us to take only one heat advance isn’t good enough and admittedly, it is tough covering RR for Jye’s fifth string average.

“But we can’t use that as an excuse. We leave Owlerton beat up and disappointed but we are not done, we will bounce back.”