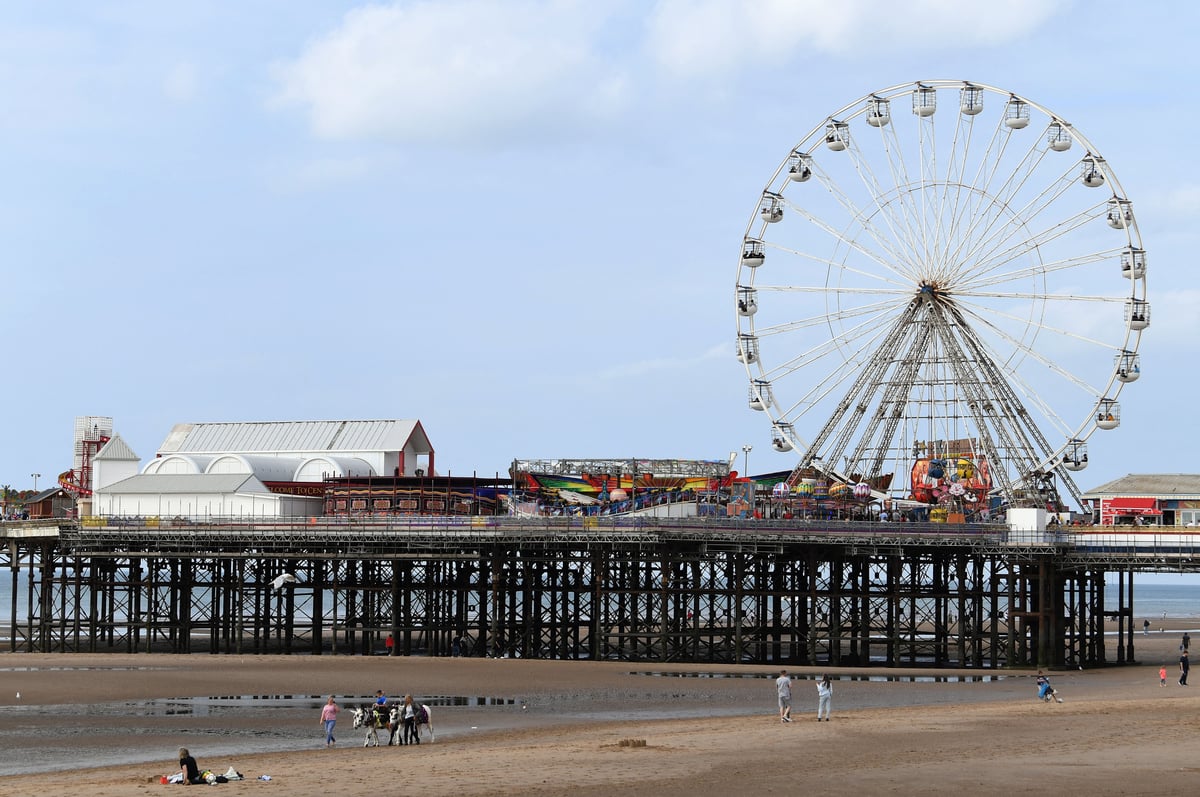 The next heatwave of the summer is set to hit Manchester this week, and there’s not many better places to escape the city heat than at the beach.

The Met Office has issued an amber weather warning for extreme heat.

This is in place from midnight on 11 August to 23.59pm on 14 August – a warning which covers the Greater Manchester region.

The recently released Times’ best beach list highlights some of the most picturesque beaches in the UK, and there’s one that is just over an hour’s drive away from Manchester.

Which Times best beach is closest to Manchester?

The north of England list is filled with beaches but only one is on the west coast of the country and located within a reasonable distance to Manchester.

This is the famous old Blackpool Central beach, located in a town which is one of the more recognizable beach day trips with its fairground rides, donkey trips and impressive tower.

What is The Times summary of the beach?

The write up about the beach in The Times reads: “The golden age of the Lancashire Las Vegas has long gone, and now eight out of ten of the most deprived neighborhoods in England lie in the shadows thrown by those famous illuminations.

“But Blackpool is bouncing back with the Blackpool Central regeneration project: a privately funded £300 million scheme that claims to be the biggest investment in the town in a century and will create an indoor entertainment zone with hotels, restaurants, a food market and an Epcot-style flying theater.

“Yes, it’s still grim in many parts, but the seven-mile sands and three piers that defined the British seaside are as spectacular as ever.

“Central Pier, overlooked by the Tower, is the archetype: you can still rent deckchairs, buy whelks and winkles at Roberts’ Oyster Bar, ride a donkey and walk a spectacular prom, and in 2022, after years of effort, four Blackpool beaches have gained the coveted seaside award.”

How far away is Blackpool Beach from Manchester?

If you want to take a full day at the beach, you’ll want to leave nice and early and hit the road before any rush hour traffic.

Google Maps estimates that if you were to leave Manchester at around 8am on a weekday morning, the drive to Blackpool Central Beach should take between one and one and a half hours depending on which route you take.

From the center of Manchester, the beach is around 50-60 miles away, again depending on which route you take.

Whichever the route, you will drive North West past Bolton and then into Lancashire around Preston.

You will then take the M55 into Blackpool.

Can I get to Blackpool Beach via train?

If you want to visit the coast by train, then it will take you a minimum of around one hour 40 minutes.

From Manchester Piccaddily you can get a Northern service to Preston. From there, you change trains and get a second Northern train to Blackpool North station.

The beach is then about a five minute walk away.

What is the Met Office forecast for the North West region this week?

It’s set to be extremely hot in the region this week according to the Met Office.

Here is the outlook for the rest of the week for the North West of England, covering both Manchester and Blackpool.

Staying dry with blue skies and plenty of sunshine. Feeling hot again in the light winds, but a little fresher on the coast. Maximum temperature 31 °C.

Outlook for Friday 12 to Sunday 14 August

Staying dry and mostly sunny on Friday and Saturday, and turning increasingly hot. A little cloudier on Sunday, but still feeling very warm.

This article contains affiliate links. We may earn a small commission on items purchased through this article, but that does not affect our editorial judgement.