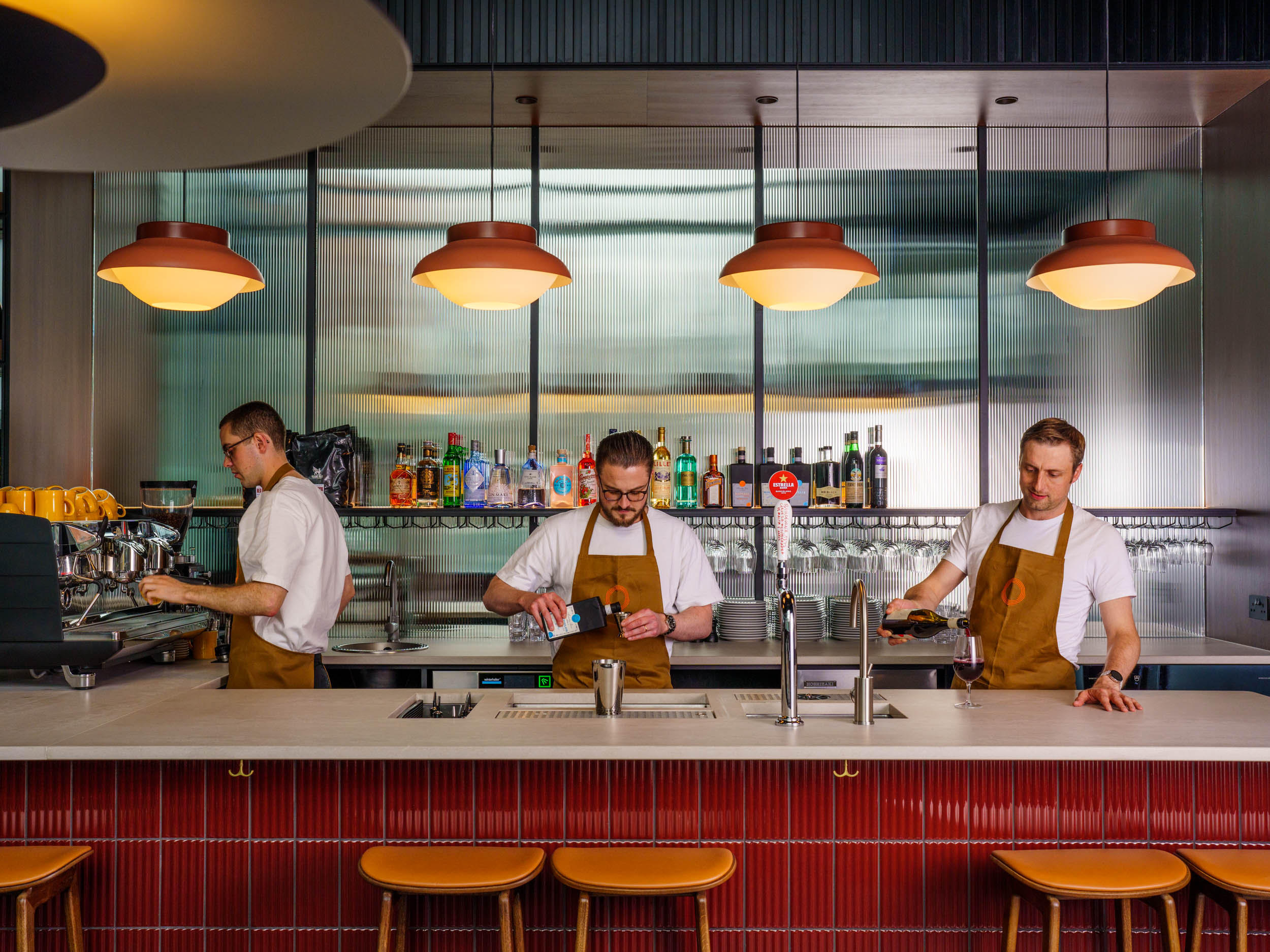 Kerridge had been overseeing the food and beverage offering at The Bull & Bear restaurant within the Stock Exchange Hotel in Manchester for the past three years and will part ways with Neville’s GG Hospitality group at the end of 2022.

“We feel the need to concentrate on our Marlow and London sites and this allows us to look at further opportunities within these areas, therefore we have mutually decided to part ways,” said Kerridge in a statement.

LR Daniel Schofield, Joe Schofield and James Brandwood behind the bar at ATOMECA in Deansgate Square.

Now it has been revealed that the team behind Manchester’s Schofield’s Bar and Atomeca will be taking over the hospitality operation from January. It will be the first restaurant venture for the award-winning team and follows the recent launch of their basement bar Sterling, which opened in the basement of the Stock Exchange Hotel in September.

Joe Schofield is the first person in history to have won both International Bartender of The Year in the Tales of The Cocktail Spirited Awards, and Bartender’s Bartender at The World’s 50 Best Bars 2018. He has worked in award-winning bars around the world, from the famous Tippling Club in Singapore to the legendary American Bar at the Savoy, London.

They have described the new concept, which will open in February, ‘a British Brasserie, with touches of elegance from continental Europe, all served with homely and comforting flavors from the UK.’

Head-Chef will be Joshua Reed-Cooper whose impressive CV includes working for Simon Rogan at The French, Sam Buckley at Where The Light Gets In and he was part of Simon Martin’s team at Manchester’s only Michelin-starred restaurant MANA when they achieved their esteemed accreditation.

In a move apparently not too dissimilar from The Bull & Bear’s original offering, diners can expect traditional well-loved British dishes executed with technique using local, high-quality produce. This is quite a bold move for the team who have had incredible success with their world class bar operation which has won numerous industry accolades. The kitchens of their first restaurant would also be responsible for servicing the rest of the hotel operation which would include the restaurant covering breakfast, lunch and dinner as well as room service, private dining and bar snacks. 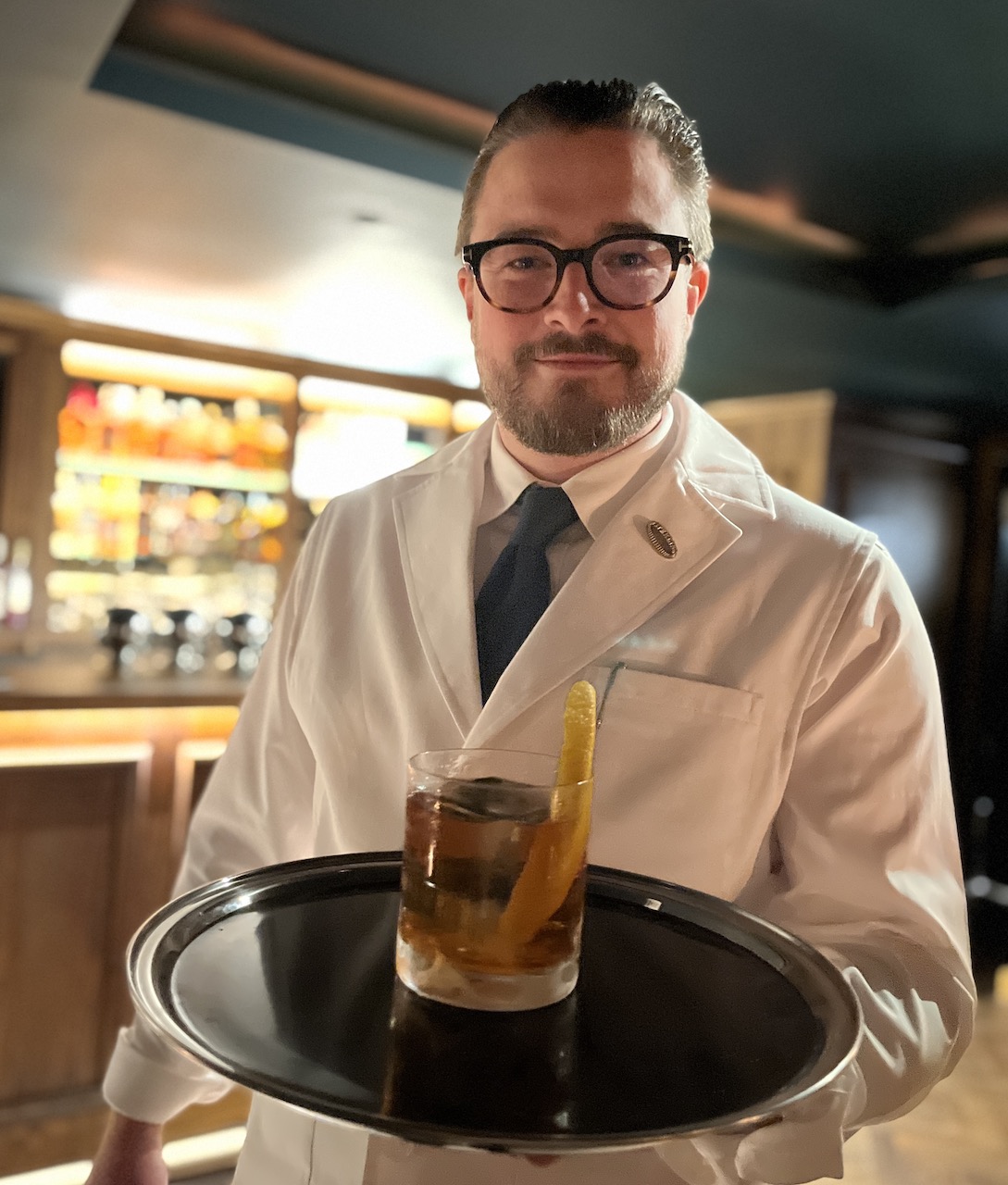 Joe Schofield said: “We aim to create one of the best restaurants in the North of England, right here at Stock Exchange Hotel which is a natural next step in our hospitality career. Using the core pillars of our brands, we will transform the former Trading Floor into a space destined for food and drink lovers, whilst providing an expectation-exceeding experience for the residents of the hotel.”

“The restaurant will add another dimension to the diverse offering at the hotel and we are looking forward to working with Joe, Daniel, James, Joshua and the team on this new venture.”

Stock Exchange Hotel is located within the heart of central Manchester positioned on Norfolk Street in between Market Street and King Street. Set within the former home of the Manchester Stock Exchange the venue boasts luxury boutique accommodation with a collection of forty rooms capturing the spirit and heritage of the building.

Stock Exchange Hotel also won best hotel in the North of England in 2020 by Times Travel and The Sunday Times and recently Best Hotel in Manchester at This is Manchester Awards 2022.