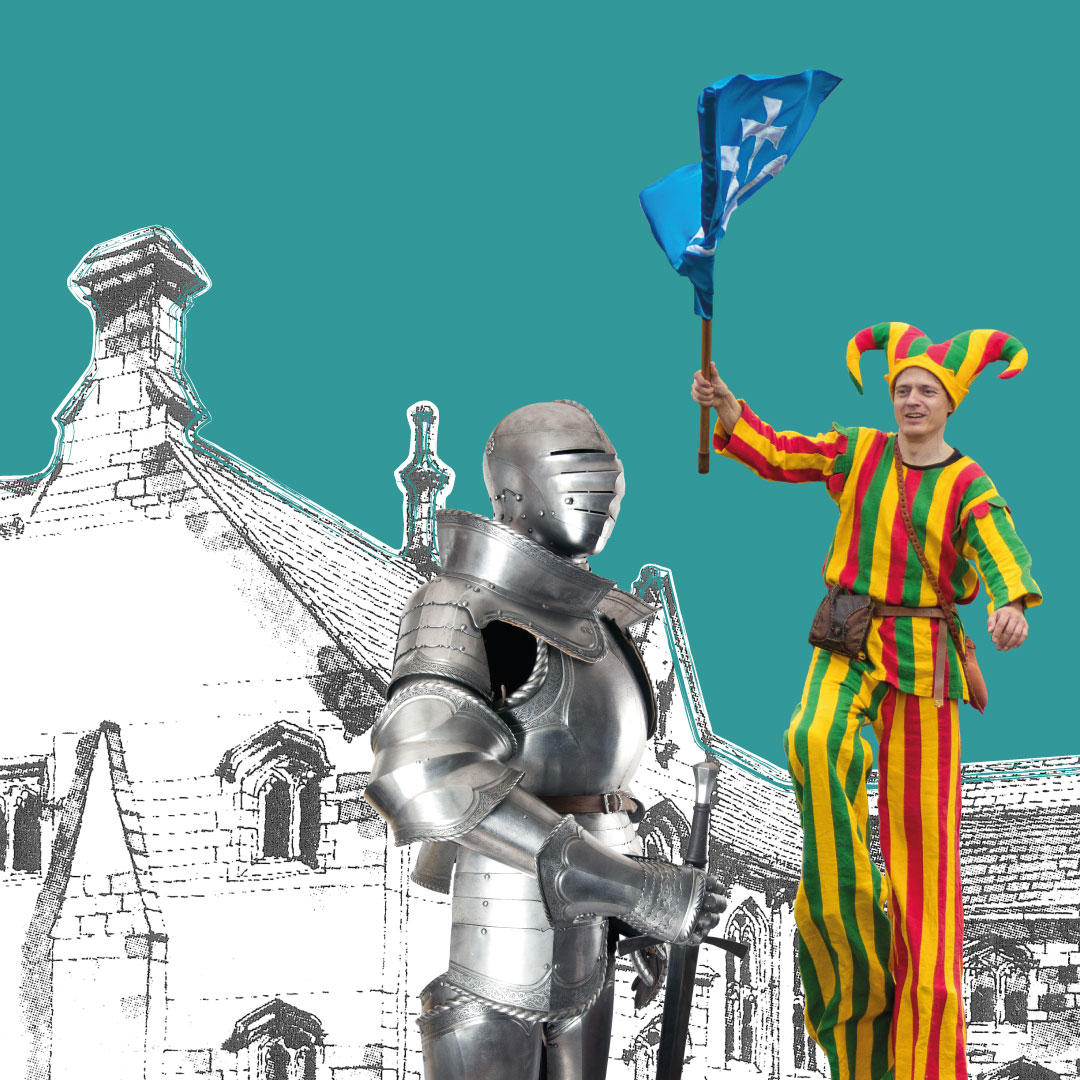 A unique and family-friendly festival at Chetham’s in Manchester – with live music, food, drink and medieval entertainment – celebrates the 600th anniversary of Manchester’s oldest buildings.

Chetham’s – home to Britain’s premier music school, UK’s oldest public library and world-class concert venue, The Stoller Hall – features medieval buildings dating back to 1421. This is where the story of modern Manchester begins.

A two day festival from Saturday 25th to Sunday 26th September celebrates the anniversary, the history of the city and the incredible history of Chetham.

Visitors can enjoy Chetham’s historic courtyard with food and drink, storytelling, falconry, and the chance to take part in some medieval competitions.

Families can laugh at Stoller Hall, the state-of-the-art, 500-seat live music venue at Chetham’s, and enjoy the performances of Horrible Histories that reveal the gruesome side of history.

Adults and families alike are invited to explore Chetham’s Library – the oldest public library in the English-speaking world – with special tours of the historic site and collections.

Live music from choir singers Manchester Baroque and Chethams School of Music will set the mood.

Chetham’s medieval buildings were originally built to house the priests of Manchester Collegiate Church, now Manchester Cathedral. Today they are part of the larger Chetham compound in Manchester: home to the Chetham’s School of Music, Stoller Hall and the Chetham’s Library.

Fran Healey, Festival Director at Chetham’s and The Stoller Hall, said: “It has been exactly 600 years since the first piece of Manchester as we know it today was built. Since 1421, the city has outgrown the medieval buildings of Chetham and the adjacent Manchester Cathedral – resulting in the modern, vibrant city we love today.

“As with Manchester itself, the history of Chetham’s medieval buildings is special. It’s a story full of fascinating, remarkable people. From the priests who first lived here in 1421; to the prisoners of the English Civil War imprisoned here; to the wealthy merchant Humphrey Chetham, who founded a school for poor boys and an impressive public library; to Karl Marx, who was sitting in Chetham’s library and looking at the Manchester workers; to the talented young musicians of the Chetham School of Music and the performers and audience in Stoller Hall today – there are so many vivid personal stories to tell and characters to discover.

“The Medieval Manchester Festival will be a place to discover some of that history – from 1421 to the present day – or just have fun and enjoy the food and drink in the midst of stilt walkers! We can’t wait to welcome adults and families alike to our courtyard at Chetham’s. Prepare for medieval entertainment! “