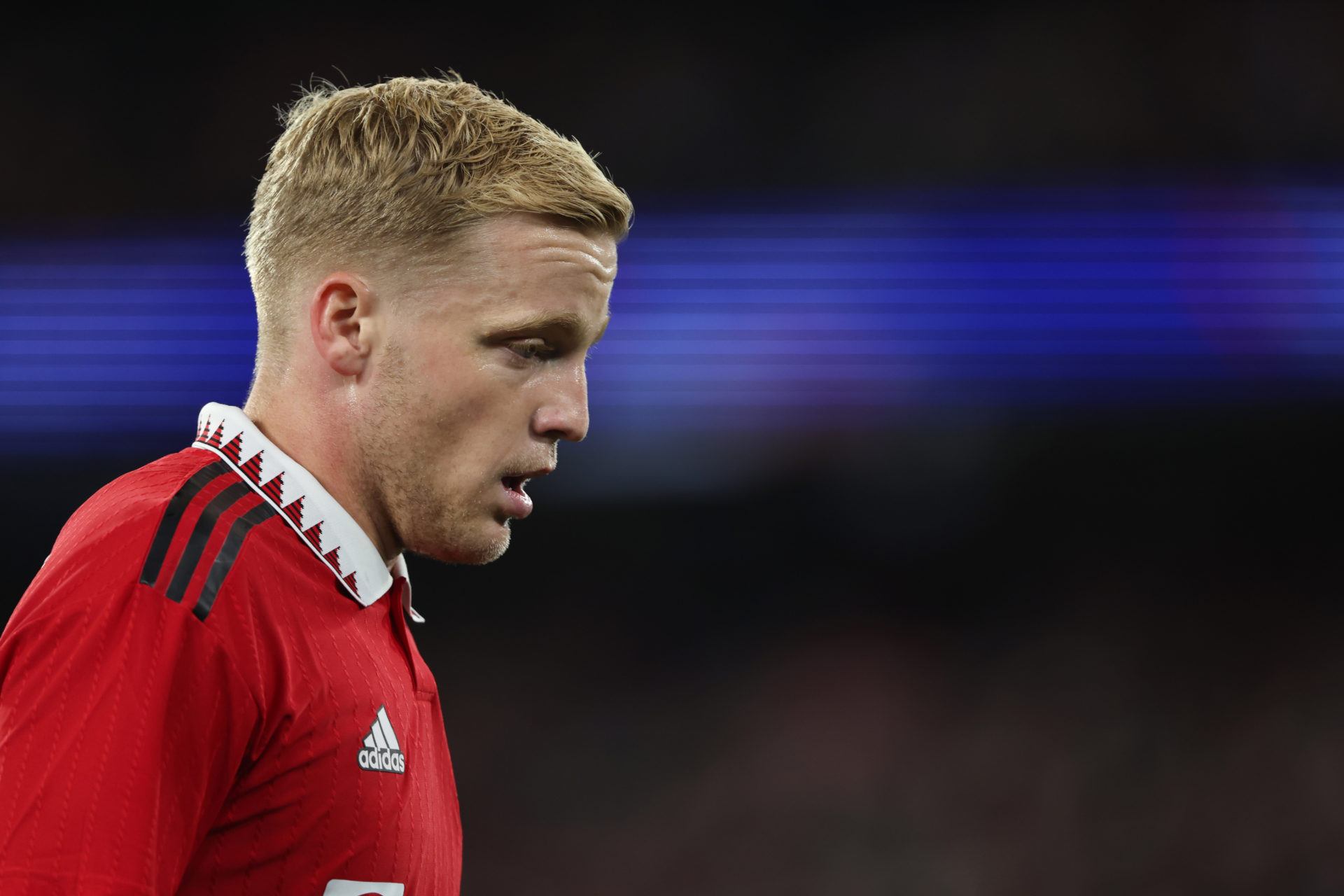 Ten Hag managed Van de Beek at Ajax and helped him become a star, earning a £35 million move to Manchester United in 2020.

Van de Beek struggled to win over Ole Gunnar Solskjaer despite scoring on his debut, and has started in only four Premier League games for the club.

Despite hopes interim boss Ralf Rangnick might relish working with him, Van de Beek was sent out on loan in January, and his spell at Everton did not go too well, impacted by injury.

Erik ten Hag has inherited a player who is not the one he sold, due to the midfielder’s confidence being eroded over the past two seasons.

This explains why the manager has not thrown him straight back into the starting line-up early. He is trying to rebuild him to the player he was.

The Sun report: “He has told Van de Beek there is no reason why he cannot make a big impression in Manchester.”

The report also says Ten Hag has encouraged the midfielder to take more risks on the pitch, and that the coaching staff are very happy with his efforts in training.

Another aspect of the report states United have rebuffed an inquiry from Ajax to re-sign him on loan, with Ten Hag determined to keep him.

After United’s poor results to start the season, there is a chance Van de Beek starts against Liverpool on Monday night.

The arrival of Casemiro will also help him out, giving the midfield more defensive shape, enabling Van de Beek to get into the final third more.

Van de Beek was picked out for praise by Liverpool manager Jurgen Klopp in his pre-game press conference, reported by Sky Sports.

He said: “The quality they have up front is ridiculous, the quality in midfield – whoever lines up – whether it’s Eriksen, Fernandes, Van de Beek, Fred. Donny I think is a really good player.”

Van de Beek will hope to get the chance to show it on Monday. A big contribution to a statement win over Liverpool will certainly lift his confidence, and a crucial goal could be a turning point.