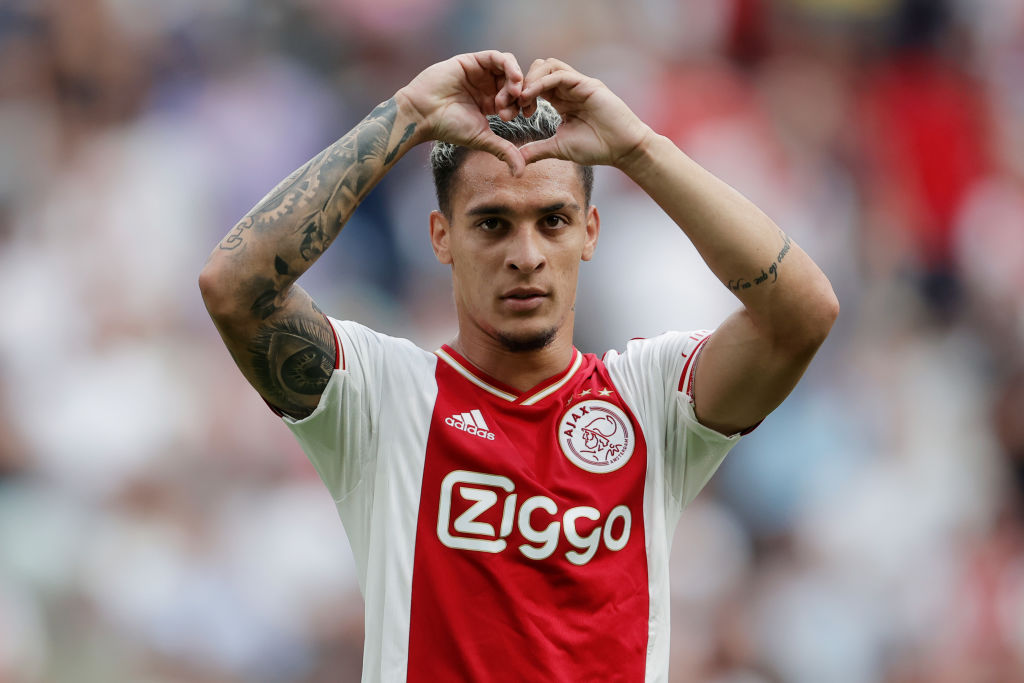 The outlet reports: “The Red Devils are preparing a new offer to Ajax for Antony, which should be made official in the next few hours.”

Goal Brasil report United ‘promised to improve the proposal with bonuses and goals.’

Manchester United appear determined to deliver Antony for manager Erik ten Hag, who he worked with at Ajax.

After United’s proposal for Antony was turned down, the winger has not attended training, and there is serious doubt about whether he will be involved in the club’s match on Sunday.

Antony didn’t want to show up again today in training with Ajax teammates – as he really Ajax board to negotiate with Man Utd. 🚨🇧🇷 #MUFC

Been told again there are chances for Antony to be out of Ajax squad for tomorrow’s game in Rotterdam – it’s discussed since yesterday. #Ajax pic.twitter.com/xvQYTIz4Es

Ajax have been determined not to lose Antony after losing several key players already this window, including last year’s player of the season Lisandro Martinez, who joined United.

But after Antony’s recent stay away from training, Ajax may have no option but to relent, rather than try to force an unhappy player to stay.

Ajax have also now targeted Hakim Ziyech as a potential replacement according to 90min.

In an interview with De Telegraaf when asked whether he could guarantee a stay at Ajax, he answered: “No, to be perfectly honest, I can’t.

“What I can say is that I want to come to the right decision with my family, business partners and Ajax, which is good for everyone.

“In the end, God determines my future.”

Ethan Ennis shares devastating news he has torn his ACL