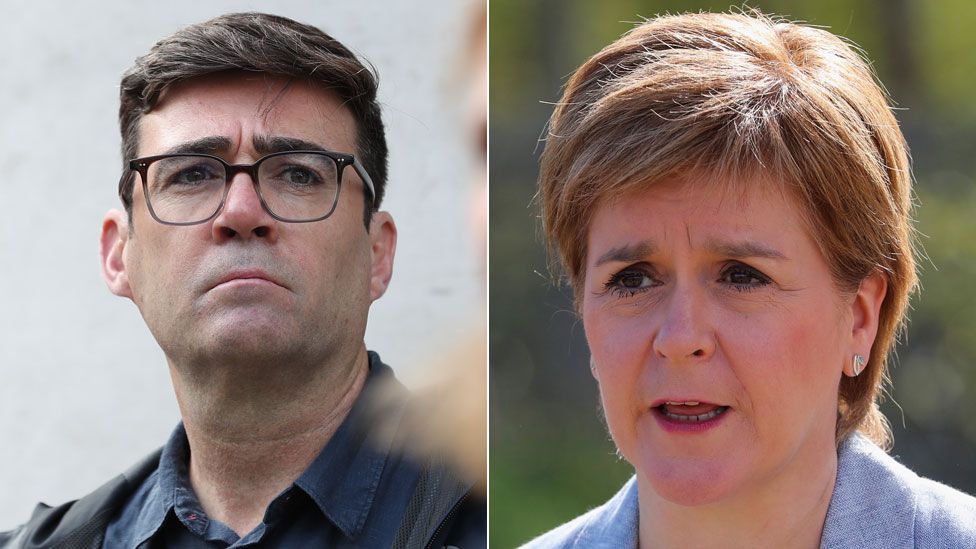 According to a poll by the Scottish government last week, 0.46 percent of the population carried the virus, or one in 220.

The figure for England is estimated at 0.22 percent of the population, which is one in 440 people, while the rate in Scotland was almost four times that of Wales or Northern Ireland.

Andy Burnham, the Mayor of Greater Manchester, has stepped up his campaign for Ms. Sturgeon to lift her legal travel ban between Scotland and Manchester, Salford, Bolton or Blackburn.

He tweeted that earlier

“It is also clear that parts of Scotland have similar or higher case numbers than Manchester and Salford. Nobody here is demanding that other places be banned. But we want to see consistency and fairness in applying this policy. “