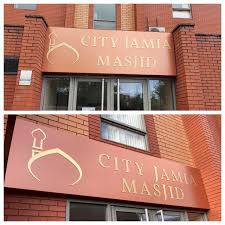 Patrols around mosques and Islamic centers in Greater Manchester have been increased in response to incidents in Manchester City Centre.

At around 11.20pm last night police received a report of a disturbance involving a large group of people at the Islamic Center on Sidney Street.

One man had sustained a small cut to his face whilst external walls of the building and a vehicle parked outside had been vandalised, with graffiti making reference to recent events in Iran. One man has been arrested on suspicion of criminal damage and remains in police custody for questioning.

Earlier in the day, there had been disturbances during protests in the centre.

Superintendent Ian Jones, of GMP’s City of Manchester district, said: “We understand the concern of these incidents will cause our communities so have increased patrols in locations of significance, both to reassure people and keep them safe.

“Meanwhile, inquiries are ongoing in relation to the disturbances – with officers following a number of lines of inquiry to identify those responsible for these crimes and send a clear message that this behavior will not be tolerated in Greater Manchester.”