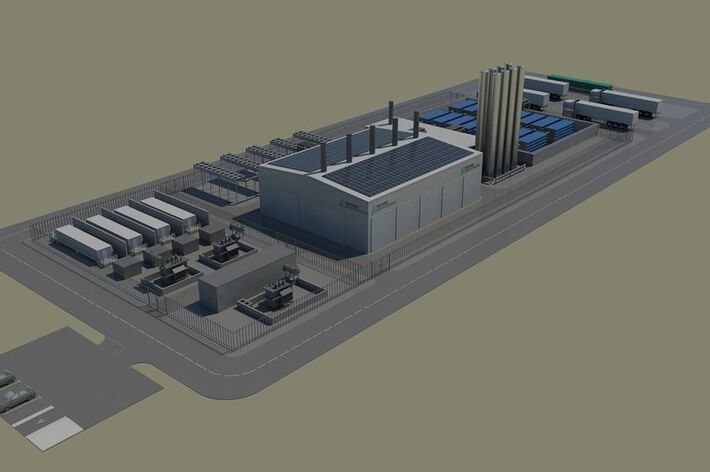 Planning permission for the installation of Greater Manchester’s first low-carbon hydrogen fuel hub has been secured – meaning sustainable hydrogen fuel can be produced at scale in the region for the first time.

Trafford Council has approved the £300 million scheme, which was first announced in March 2021 by Manchester Metropolitan University and partners across Greater Manchester.

The scheme – Trafford Green Hydrogen – is now the largest consented green hydrogen scheme in the UK and the new facilities will have the capacity to generate 200 megawatts of renewable energy through the production and storage of hydrogen.

This will help to create greater energy security in Greater Manchester, more jobs in the area and opportunities for businesses to make Net Zero plans with hydrogen in mind.

Manchester Metropolitan University will play a key role in the project, helping to develop the skills and supply chains required for the project to succeed, and the research expertise required to maximize the potential of the new development.

The University will also connect businesses to leading researchers at the Manchester Fuel Cell Innovation Center – a £4 million facility dedicated to the development of renewable energy through research in hydrogen and fuel cell technology.

Amer Gaffar, Director of the Manchester Fuel Cell Innovation Center at Manchester Metropolitan, said: “The significance of the Trafford Green Hydrogen project obtaining planning permission is a real milestone for Greater Manchester as zero carbon hydrogen will be critical in achieving our Net Zero ambitions by 2038

“The project also supports the University’s plans for skills development in the field of renewable energy and to catalyse a new supply chain within hydrogen innovation and within our own Manchester Fuel Cell Innovation Centre.”

The University has joined forces with Greater Manchester Combined Authority (GMCA), Trafford Council, Carlton Power, Cadent Gas and Electricity North West to set up the hub, which will be a new addition to Trafford Low Carbon Energy Park – a green energy storage facility , which already consists of a number of Net Zero industrial projects in support of UK Government objectives.

“It also provides an important stimulus to job creation in Greater Manchester and further investment in renewable energy generation which will, in time, provide greater energy security.

“I’m delighted that Greater Manchester is in the vanguard of creating a vibrant hydrogen economy in this country, and I urge the UK Government to support this pioneering scheme.”

Trafford Low Carbon Energy Park, which has been developed and is owned by Carlton Power, is the first of its kind in the UK and includes one of Europe’s largest energy storage facilities based on liquid air storage.

“Working with our local partners, our focus now turns towards securing the UK Government’s support to this project and our proposed green hydrogen scheme at Barrow-in-Furness in Cumbria.”