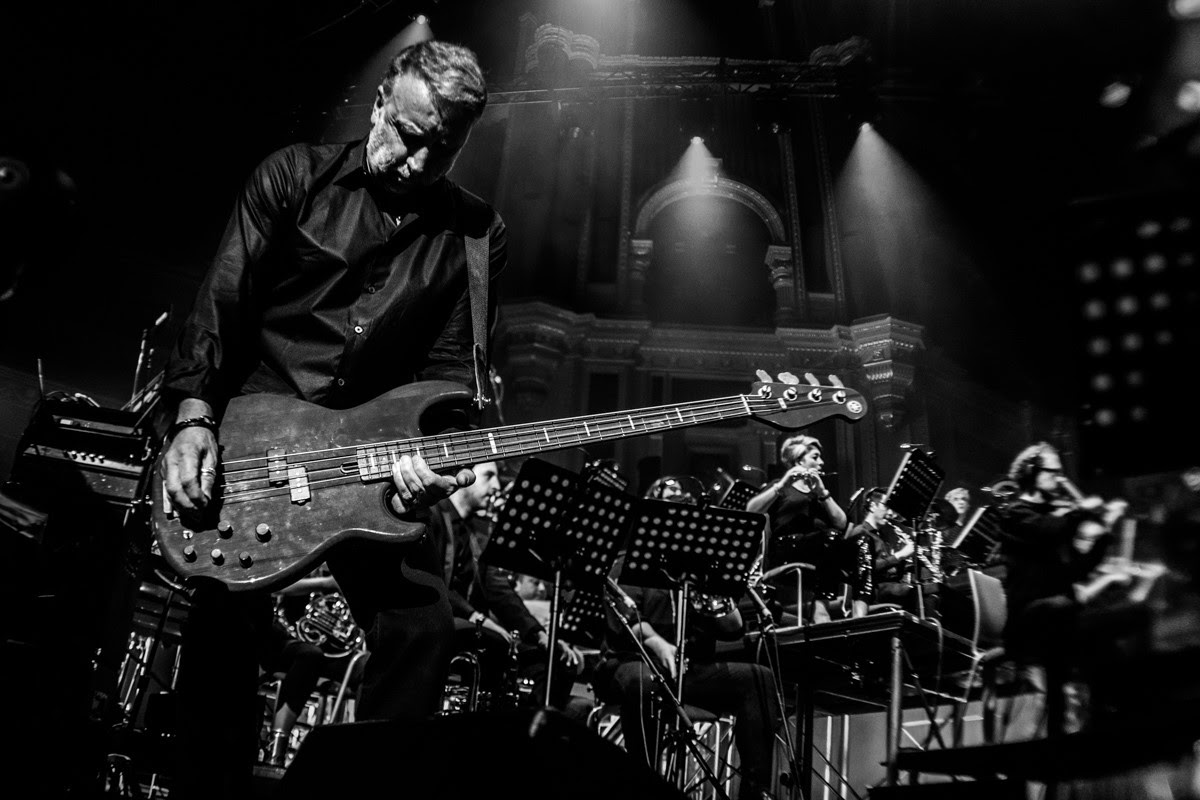 Returning with the production which received great reactions from fans and media alike on its debut shows pre-pandemic, “The Sound Of Joy Division Orchestrated” celebrates one of the most influential bands in music history as it performs seminal Joy Division classics and lesser-known tracks from their respected catalog with a full orchestra and additional musicians to create an intensely powerful, moving, unique live experience,

Curated by Joy Division founding member and bassist Peter Hook with musical director Tim Crooks and Manchester Camerata, the concerts bring together the orchestra, members of Peter Hook & The Light and guest vocalists including Bastien Marshal, Mica Millar and others with over fifty musicians on stage for the performances.

With new dates for the production now set for October 2022 following the enforced hiatus, “The Sound Of Joy Division Orchestrated” come to the historic London Palladium Saturday 15th October, returning to the capital after its July 2019 Royal Albert Hall show and the day after its Manchester debut at O2 Apollo Manchester Friday 14th October

Having sold out both London’s Royal Albert Hall and Sydney Opera House in 2019, the show revisits the post punk elements that shaped Joy Division’s ground-breaking sound, aligned with a full orchestra to reflect and respect the spirit which defines their considerable heritage.

This is the first time a founder member of the group has developed such a project, pouring heart and soul into the orchestral representations of the band’s repertoire. With this in mind, the setlist has been carefully constructed and includes not only many of the trademark songs that made the band’s name across their all too short career but also some more unexpected tracks as well as surprise inclusions, all of which delighted audiences at previous gig,

Expectations for the show were certainly high at the first Royal Albert Hall concert but reactions were excellent with a standing ovation and reviews including Classic Pop calling the show “the euphoric celebration forty years of this elemental music deserved” whilst Flick Of The Finger described it as “seminar, bold & innovative” as well as “a joyous, stunning performance, delivered with love, honor and passion.”

“Covid has given these events strange timings, but after touring and playing Joy Division normally shall we say, I am looking forward to this new working more than ever. It takes JD’s music to a whole different place, emotionally and aurally. It is difficult to transcribe but I love the challenge, and it brings a freshness to the whole concept.”

“After those two amazing concerts at The Royal Albert Hall and Sydney Opera House, I did wonder how we could possibly surpass it. Playing those gigs did give me a great insight into how to improve the impact for future shows. Both venues are very historic. The Palladium is as famous as the RAH and Sydney, another great feather in our cap, and The Apollo has played a huge part of my musical career, so they seemed a great fit. Both great venues for a great show!”

A four track EP from “The Sound Of Joy Division Orchestrated”, “Dreams EP” has also been released showcasing “Love Will Tear Us Apart (Piano Version)”, “Atmosphere”, “New Dawn Fades” and “A Means To An End” from the set. For links to the EP check here – https://slinky.to/DreamsEPJoyDivisionOrchestrated

With October’s shows marking only the second time that “The Sound Of Joy Division Orchestrated” will have been performed in the UK, don’t pass up the opportunity to catch this emotive show as it captures the unique legacy of one of music culture’s most iconic bands in an innovative and exceptional way.

For tickets go to gigst.rs/PHMCorchestrated