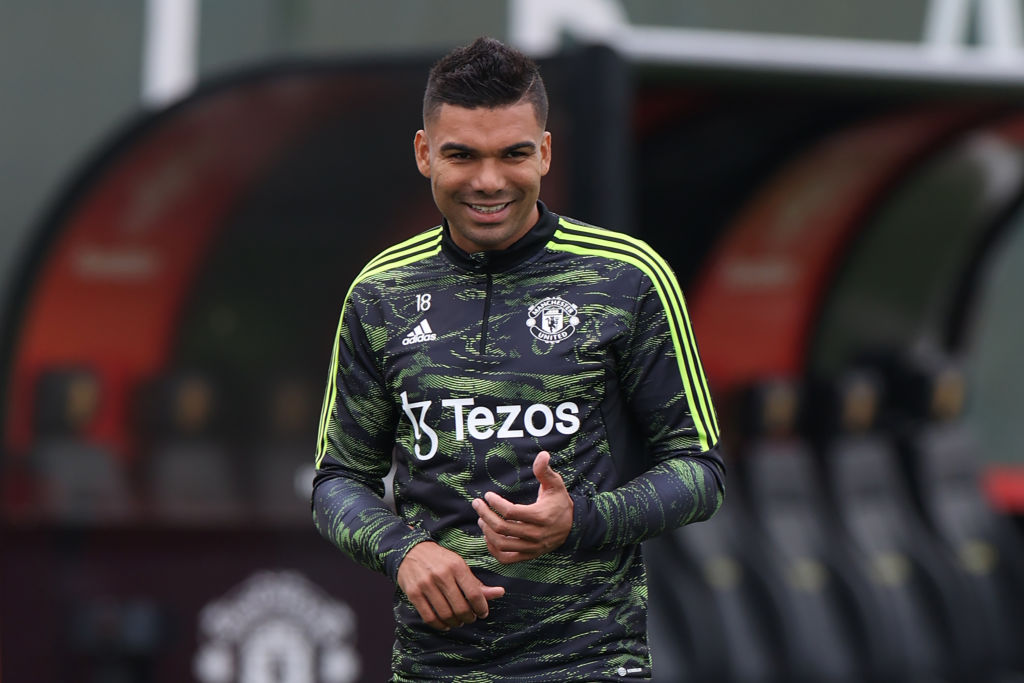 Paul Scholes has explained how Casemiro has “surprised” him since signing for Manchester United from Real Madrid.

The 30-year-old opted to embark on a new challenge and join the Red Devils from Los Blancos last month.

The 63-time Brazil international, who is a serial winner, won five Champions Leagues during his trophy-filled time at the Santiago Bernabeu.

The midfield enforcer struck up a phenomenal and formidable partnership alongside fellow midfield marvels Toni Kroos and Luka Modric.

Casemiro is yet to start in the Premier League since making the move to Old Trafford with Erik ten Hag keeping faith with a resurgent Scott McTominay who has partnered fellow summer signing Christian Eriksen in United’s midfield.

The former Sau Paulo starlet has been dropped to the bench for tonight’s Europa League clash in Moldova against Sheriff Tiraspol with the Scotland international coming into the starting line-up at the Brazilian’s expense.

Despite United’s number 18 struggling to establish himself as a regular under the former Ajax manager, United legend Scholes has been surprised with his range of passing since he joined the twenty-time league champions.

Speaking on BT Sport about Casemiro, Scholes said: “He’s surprised me a little bit with his forward passing, his range of passing.

“I thought he was more of a winner, getting the ball in midfield [and] passing to Kroos and Modric.”

Scholes has no doubt that Casemiro will become a regular under Ten Hag and Casemiro will likely be targeting earning his first Premier League start when we travel to face Manchester City on 2 October, in our first match after the international break.

Casemiro has come off the bench in our last three Premier League games.