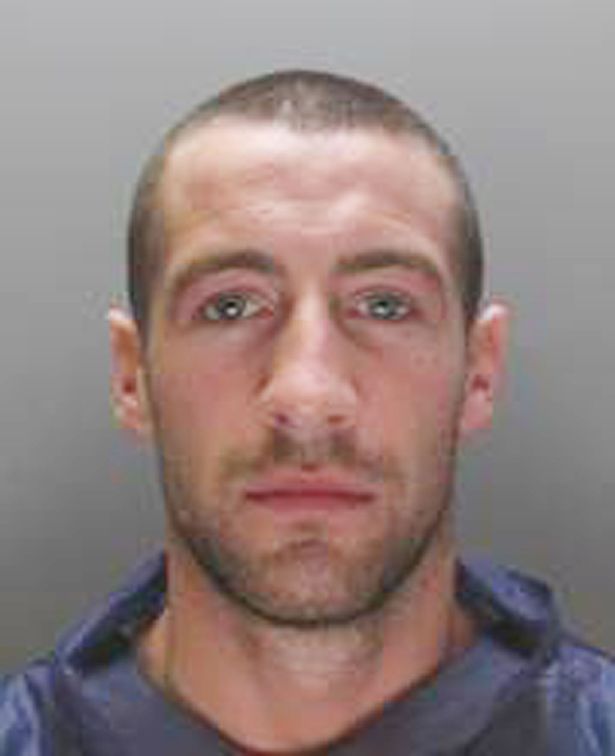 Michael Paul Moogan, 36, from Croxteth, Liverpool, went on the run in October 2013 after a raid on a cafe suspected of being a front for meetings between drug traffickers and cartels.

The Café de Ketel in Rotterdam was a business not open to the public.

It could only be entered via a security system and was strictly for known faces.

Working with the Dutch National Crime Squad, the NCA became aware of information that linked Moogan and two other British men to the venue which was the hub for Moogan’s conspiracy to bring hundreds of kilos of cocaine into the UK every month.

At the time of the raid, only one of them, Robert Hamilton, 71, from Hale, Greater Manchester, could be found. He was jailed for eight years in 2014 after pleading guilty to drug charges.

The other man, Robert Gerard, 57, from Liverpool, handed himself in to the NCA after three years on the run claiming the pressure was too much. He pleaded guilty to drug trafficking charges and was jailed in 2017 for 14 years.

Moogan and his associates were involved in plans to import drugs from Latin America to the EU.

He had the ability to obtain as much as 500,000 Euros at a time to fund his cocaine deals from South American suppliers who would ship the Class A drug to Belgium. He did not need to pay for deals in installations as is common in large scale drugs supply. Instead, he could pay in lump sums via Iraqi nationals based in the UK.

Moogan told criminal contacts that he brought cocaine into the UK concealed in meat from Argentina.

Evidence also showed he had the ability to bribe port officials to help ensure his drugs were not stopped.

As well as shipping from South America, Moogan used road transport networks stretching from Bulgaria to Latvia, Spain and Belgium to facilitate the movement of cocaine to the UK.

Moogan remained in hiding until April last year when he was arrested by Dubai Police.

Dubai Police believe that after entering the UAE using a different identity, he tried to avoid CCTV in an attempt to elude detectives who used their latest capabilities to track him down.

He had a German passport, and also a driver’s license and citizen card in the name of Michael Dier but displaying his own image.

Moogan was the 86th person arrested under Operation Captura – an NCA fugitive campaign run in conjunction with Crimestoppers.

After being extradited to the UK, he told the NCA arresting officer: “You’re not going to have any trouble from me.

Moogan was transported to police custody in Greater Manchester.

On Friday 4 November he appeared at Manchester Crown Court and admitted conspiring to import Class A drugs.

He will return to court to be sentenced at a date to be fixed.

NCA Senior Investigating Officer Ben Rutter said: “Moogan’s long overdue conviction is the result of years of investigation by the NCA and law enforcement partners in the UK, Europe and Middle East.

“We are particularly thankful to the Dubai Police for their hard work in tracking Moogan down and ensuring his return to the UK where he has admitted his guilt.

“This case should serve as a warning to others on the run from the NCA – we have a global reach, we never give up and they can never rest easy.

“Moogan was a major figure in international drug dealing.

“His consignments of Class A drugs undoubtedly brought misery and real harm to the UK communities they reached.”