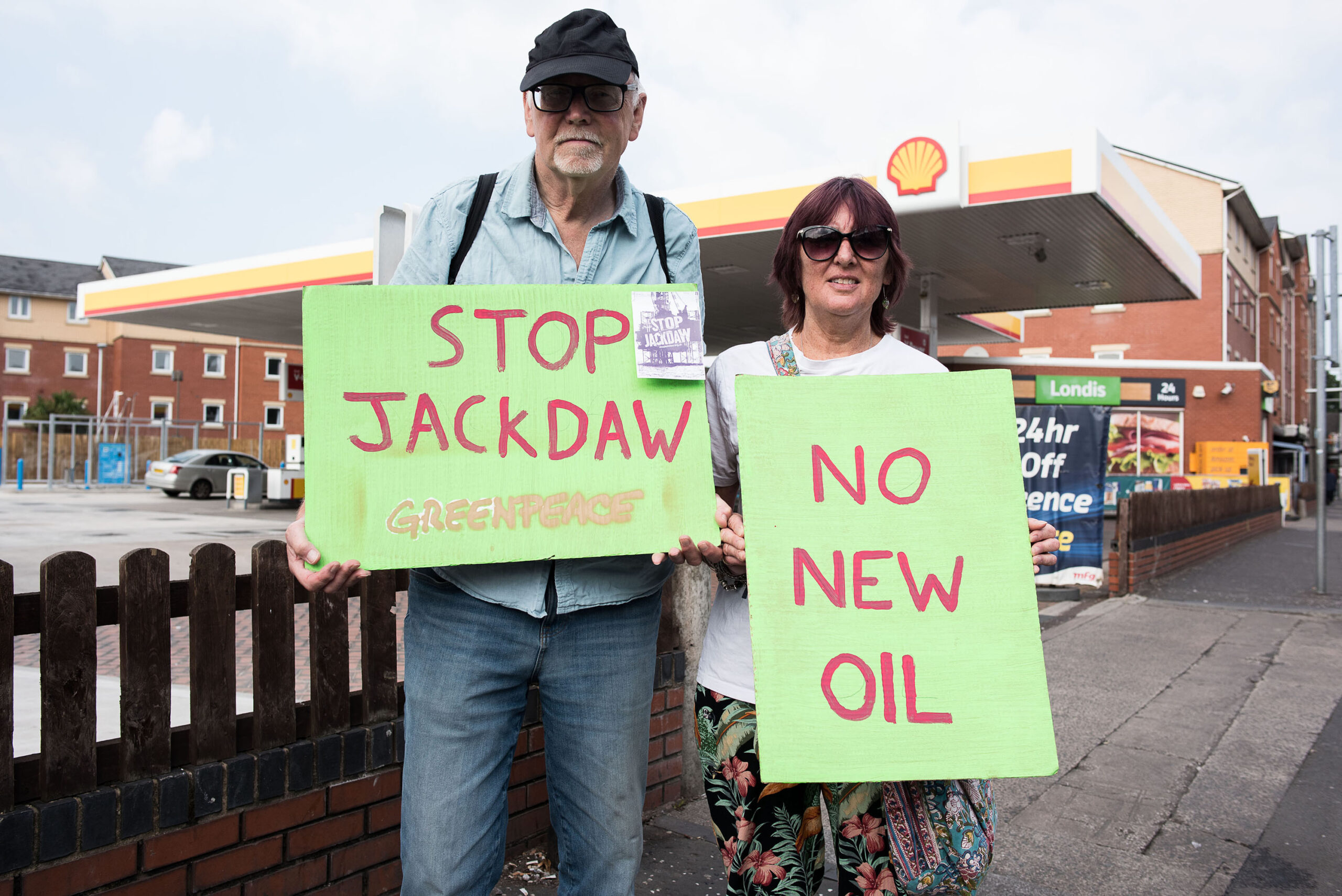 The activists were demanding that Shell end plans to drill for gas in the Jackdaw field in the North Sea. The government gave the go ahead for this new gas field in June this year, but Greenpeace has launched a legal challenge (1). A further 39 oil and gas projects wait for approval or funding. The action in Manchester comes at the end of a week of protests against Jackdaw across the country (2).

Glossop based activist Martin Porter said “We are in a cost-of-living crisis and a climate crisis. Shell has made £17 billion profit so far this year, whilst many people face not being able to pay their bill this winter. It’s not the cost of renewable energy that has gone up. Meanwhile, the world has had a summer of extreme weather due to climate change. Jackdaw will make Shell richer, but it won’t make people’s bills smaller. Insulating homes and investing in renewables will. If you’re in a hole you first stop digging, and if you’re in a climate emergency we need to stop looking for new fossil fuels and invest in clean energy and energy efficiency instead.”

Martin continued “These crises affect everyone, but they don’t affect everyone equally. It is people of color in the UK who will disproportionately feel the cost of rising energy, whilst it is people of color around the world who will suffer the effects of climate chaos. The current floods devastating Pakistan are proof of that. The people of Rusholme get this, and we had some great support from passers-by during this protest. There is a real sense of anger across the country now at the obscene profits being generated by companies that rip off the consumer whilst destroying the environment, and with a government that allows this to happen. This may be the end of our week of action, but it will not be the end of protests.”