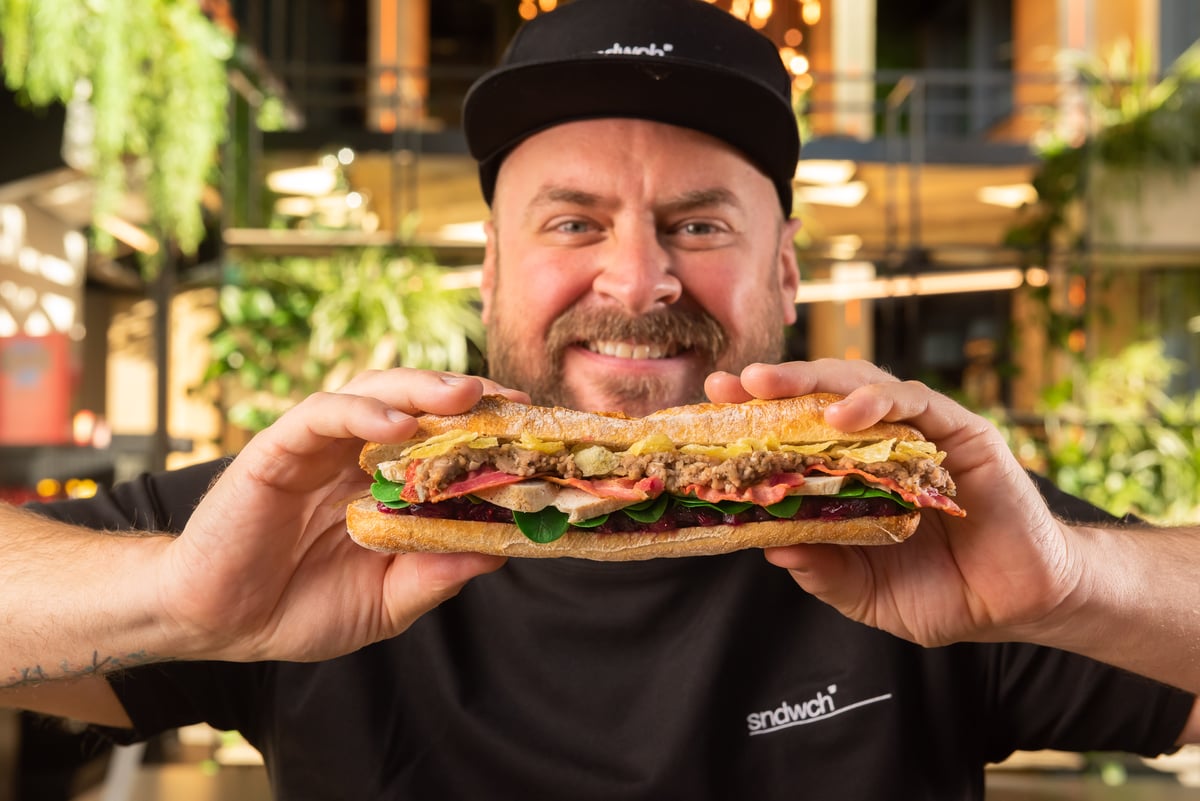 The firm prides itself on using ingredients from Greater Manchester and across the north of England.

A growing Manchester sandwich business has opened its newest coffee shop and unveiled a festive butty that is sure to delight anyone who loves a good Christmas dinner.

Sndwch, formed by businessman Alex Markham, has opened the doors to its new eatery at MediaCity UK, doubling its presence at the Salford media and business hub. Created during lockdown in 2020, the firm is now selling its array of sarnies at locations across Manchester.

And as the run-up to the festive season continues it has unveiled its latest seasonal offering – what it hopes will be the ultimate Christmas sandwich.

What is the new coffee shop opened by sndwch at MediaCityUK and where else can you get its sandwiches?

The new sndwch coffee shop is located on the ground floor of Arrive’s Tomorrow building in MediaCity UK. It brings its outlets at the Salford location to two, as it already has a butty shop at the general store there.

The firm is going for a laidback but contemporary vibe at its new eatery, with plush seating and a soundtrack of chilled electronica curated by Burnley-born entrepreneur Alex.

For anyone who can’t get over to MediaCity sndwch also supplies sandwiches to the entire General Store group, which has outlets in Ancoats, Castlefield, Deansgate, Moss Side and Stretford Foodhall.

As well as getting his new coffee shop open Alex has also livedned up the festive offerings with a massive sndwch Christmas butty featuring turkey, smoked bacon, sausage meat stuffing, cranberry sauce and the option of topping the packed baguette off with crisps.

Alex prides himself on using local produce wherever possible and the festive sarnie features meat from a farm in Wakefield and a sausage makers’ in Radcliffe in Bury. The turkey is also smoked at Platt Fields Market Garden, a community market garden in Fallowfield.

Alex said: “It’s a real collaboration, which celebrates and supports the brilliant suppliers on our doorstep. Every year I feel totally uninspired by the drab, mass produced Christmas sandwich offerings. We take sandwiches seriously – and this year I decided Manchester deserves better.”

There’s also a plant-based version featuring a red onion and sage stuffing and chicken and bacon substitutes from the firm THIS. Sndwch offers other vegan sarnies including one that is not a chicken tikka and onion bhaji sandwich, and for the festive season has unveiled a wider menu including a range of hot chocolate drinks.