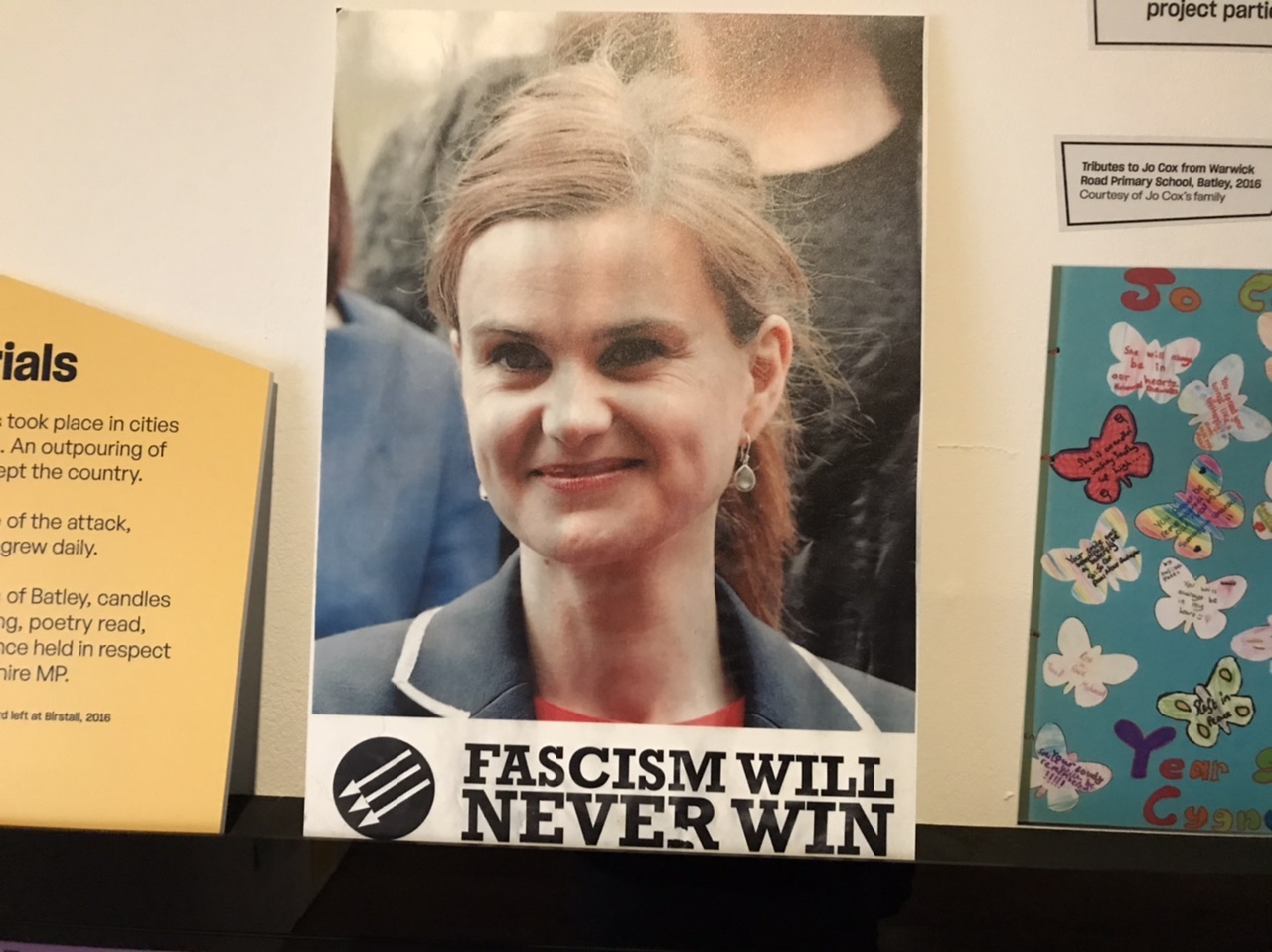 Five years ago, when the country was about to vote on its Brexit referendum, the shock news came of the murder of the Labor MP for the Batley and Spen constituency in West Yorkshire.

This week the People’s History Museum in Manchester opens with a new exhibition of posters, banners and artwork created under such tragic circumstances after the death of Jo Cox.

More in Common is a group of over 30 people from different backgrounds who have made Manchester their home and come together to share knowledge, experiences and conversations.

The title pays homage to the words of Jo Cox: “We are much more united and have much more in common than what divides us” in her short time as MEPs.

It is here that the Jo Cox memorial wall is exhibited in front of the parliament buildings for the first time since it was erected.

The wall is part of the museum’s collection and displays the handwritten tributes of hundreds of people, including children. It stands next to a new virtual wall of hope on which museum and online visitors can add their own personal tribute messages.

The exhibition also features the Voices of Manchester Projec, led by four volunteers who were inspired by Cox’s words. They invited the locals to do an experiment and asked them to participate in a taped conversation as well as the topics that bind us, a collection of four costumes that explore the past, present and future of Manchester’s diverse population.

For younger visitors to the exhibition, the PHM learning team has put together a special resource that children can use and take home. This deals with Jo’s story and the issues she brings up with younger eyes so that children and families can discuss and explore their heritage in the exhibition in a way that is meaningful to them.

Abir Tobji, Project Manager of CultureLabs at the People’s History Museum, says: “Jo’s beliefs and messages reach everyone and represent the values ​​by which she lived, as this exhibition aims to reach everyone. Jo’s story connects the stories of individuals who embody their belief in “more in common” and illuminates the realities of a diverse world from both an individual and a collective perspective. We hope that all of the stories will inspire visitors to better understand the power of a “more common” view of the world. “

Kim Leadbeater MBE, Jo’s sister, says, “This exhibition is a fantastic way to remember Jo, her life and her work. It has a special resonance as it coincides with the fifth anniversary that Jo is taken from us. As a family, we took the opportunity to go through the stacks of photos and other memories of Jo, and many of these are on display for the first time. It was a bittersweet experience, of course, but we’re very grateful to everyone at the People’s History Museum for putting on an amazing and inspiring exhibit. I hope as many people as possible will take the opportunity to see it – in person if possible, if not online. “