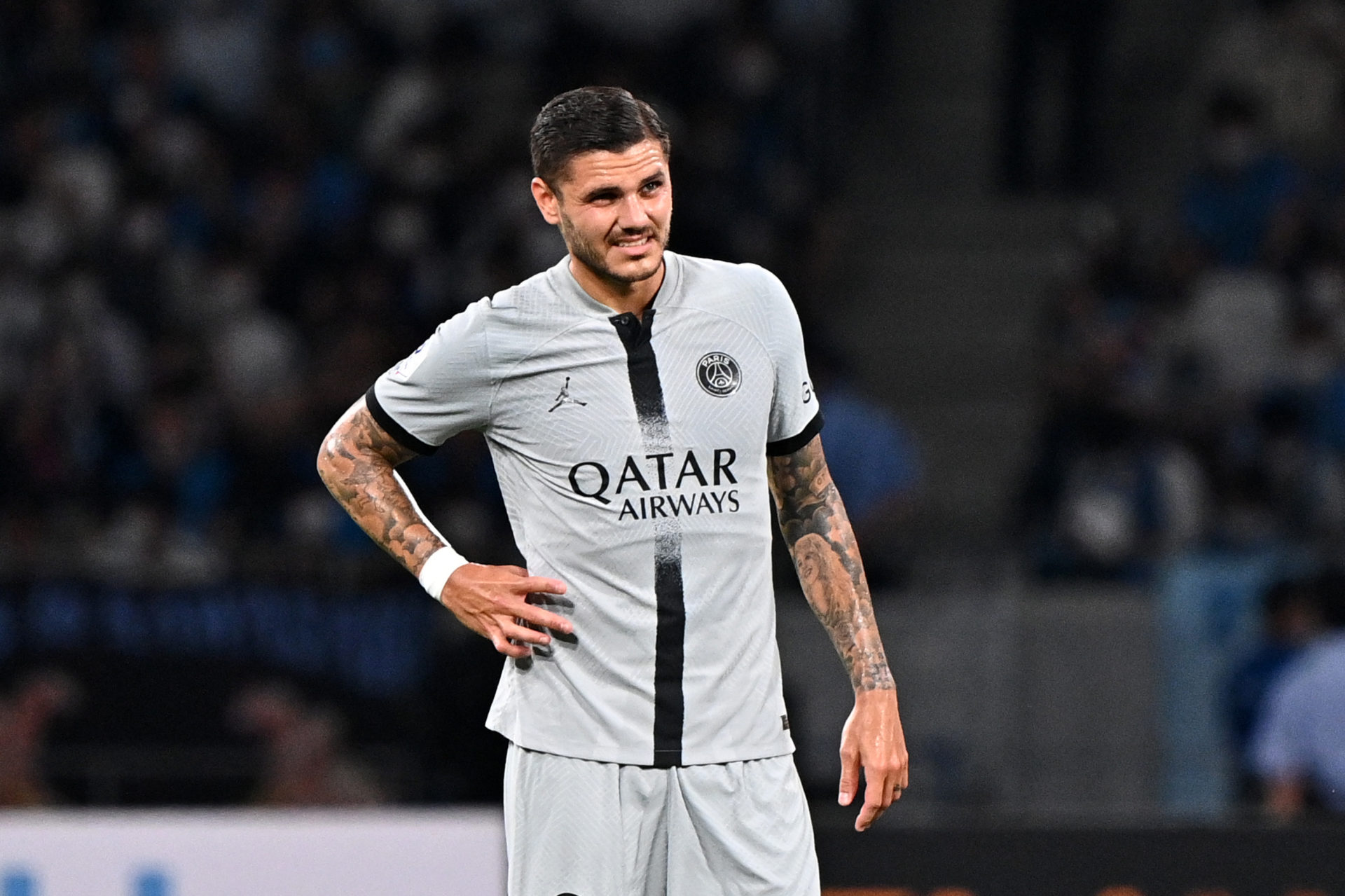 Manchester United can’t seem to do anything simple. Signing a striker seems to be beyond the club, for one.

The strikers Manchester United are reportedly targeting appear to be beyond parody. First there was the laughable chase for Marko Arnautovic, which thanks to Bologna’s resistance, didn’t get any further than an opening bid.

Argentine outlets TNT Sports and TyC Sports both report Manchester United have shown interest in the forward, who has been told he can leave PSG.

After Erik ten Hag’s insistence the club would target the ‘right players’, United’s choices appear to be lacking in wisdom over the past week.

Arnautovic would have come with his own baggage. Mauro Icardi comes with a whole carousel full. To say he would be high maintenance would be an understatement.

Icardi is overshadowed off the pitch by his wife Wanda, with The Mirror dubbing them the ‘Icardashians’.

Adding the striker to the Old Trafford spotlight would be a dream for the British tabloid press – and a potential nightmare for Manchester United.

The forward’s goal record has not been mixed at PSG. He does have a creditable 38 goals in 92 appearances. But last season this included only four Ligue 1 goals in 24 matches.

His real success came before at Inter Milan, where Icardi scored 124 goals in 212 games. But at 29-years-old, and with his Interdays long behind him, there is a risk Icardi may be past his peak.

This is the ultimate risk-reward move for United. Icardi may still be capable of scoring 20 goals a season in a fresh environment.

But if it goes wrong, it would go badly wrong. He would be stuck at United on high wages, and a potentially huge distraction off the pitch.

There are plenty of strikers Manchester United could target without the baggage. For some reason the club seem determined to look at more problematic options.