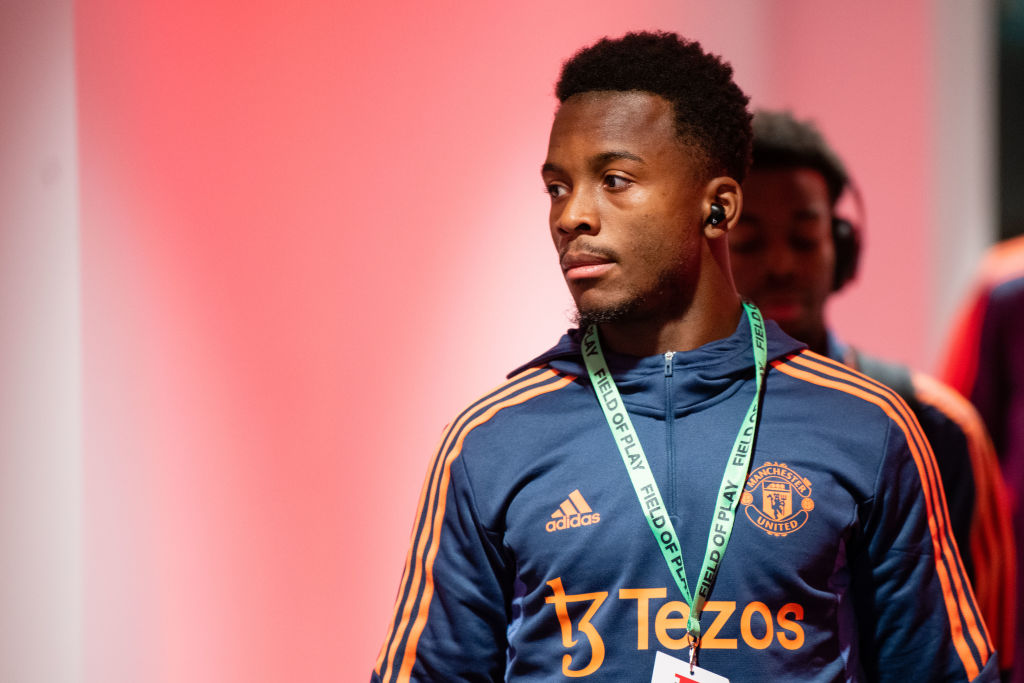 The 21-year-old featured under Erik ten Hag during pre-season, but the former Ajax manager has seemingly made the decision that going out on loan and playing regular first team football in the second tier of English football, is the best move to aid the academy graduate’s development.

The pacey attack-minded full-back spent last season out on loan with firstly Swansea City and then promoted Bournemouth during the second half of 2021-22 campaign.

The former England Under-19 international started last season on loan at Swansea and he was reunited with Russell Martin who he played under the season prior during a loan spell with League One side MK Dons.

Laird was recalled by United in January before joining the Cherries later that month.

Manchester United’s number 41 struggled to establish himself as a regular for Scott Parker’s Cherries but he did experience Premier League promotion while at the Vitality Stadium.

Laird, who has made two first team appearances for the Red Devils, is looking forward to getting started at Loftus Road.

Speaking to the club’s website, he said: “It feels brilliant and I am delighted to get it over the line. I can’t wait to get started.

“Sometimes you don’t want to come out of your comfort zone but you only become your best self when you do.

“You only find out what you are really like when you play football. Coming up against 6’5 players, coming up against beasts, you find ways to adapt and I feel like I have adapted well wherever I have gone and I am ready to kick on now.

“For me personally, I just want to kick on and I feel I am at the perfect place to do that now.”

Having been on QPR’s radar for the last two years, R’s manager Mick Beale is delighted to add him to his ranks.

“Obviously it is nice to take a boy from Manchester United and for them to trust us with one of their best young players in terms of developing him forwards and upwards,” said Beale.

“He has done really well in the Championship already and I think he is someone we can be really excited about.

“Ethan has been away with United’s first team for pre-season which is why it has taken a bit of time and a bit of patience to get this over the line.

“It was important we waited for the right one who gave us a lot of options in terms of as a full-back, a wing-back and even higher up the pitch if needed.”

Beale is confident Laird will fit into QPR’s style of play, adding: “I like the full-backs to be an addition to our attack, and he provides that.

“He is very aggressive in terms of one-v-one attacking and he is capable of providing assists as well as goals.

“He is a young player who will fit in well to our changing room. We are delighted to have him.”

Beale’s side face Blackpool at Loftus Road tomorrow night and have four points from their opening three Championship matches.

Anthony Martial returns to training after United’s mauling at Brentford