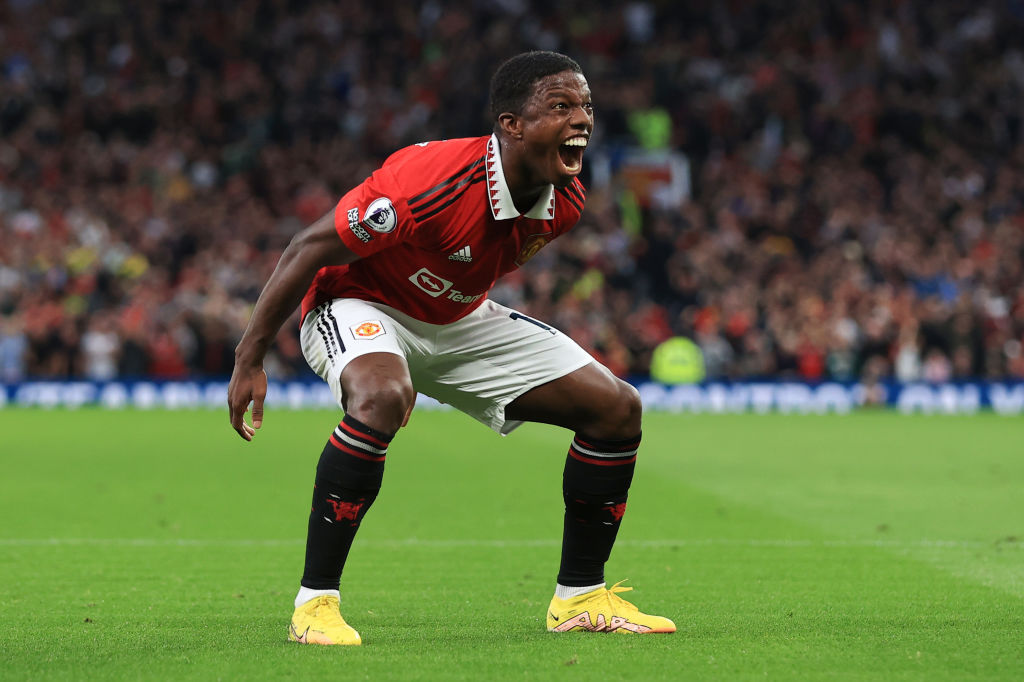 Goals from Jadon Sancho and Marcus Rashford gave the Red Devils a 2-0 lead before Mohamed Salah made it a nervy finale having scored with ten minutes plus injury time remaining.

But the twenty-time league champions held on for a massive confidence boosting win to hit lift on Erik ten Hag’s era.

Thrusted into his first Premier League start against arguably the best player in the league, the former Feyenoord ace produced a dogged and determined display.

With Luke Shaw sat alongside Harry Maguire on the substitute’s bench, Malacia is only getting better and his tireless running and never say the attitude which fits the United ethos has seen him already become a crowd favourite.

Shaw may struggle to oust Malacia who could be the former Southampton man’s first real competitor and threaten the left-back berth.

As well as dropping Shaw, Fred and Cristiano Ronaldo, Harry Maguire was a glaring omission from the team sheet with Ten Hag bringing in Raphael Varane to partner the Argentine.

After being given a rude awakening to the physical test of the Premier League when coming up against Danny Welbeck and Ivan Toney – United’s number six was presented with a different test against Liverpool.

Instead of coming up against a physical imposing all-round striker, Martinez came up against a technical forward line which seemed perfectly suited his skillset.

The Varane and Martinez partnership was a massive plus for Ten Hag and they could become the bedrock of the Dutchman’s team.

Wearing the captain’s armband, United’s number eight more than relished the responsibility of leading by example.

United’s Portuguese ‘Magnifico’ hassled and harried, and relished having the wealth of pace and movement in front of him.

Ten Hag would have been delighted with how the former Sporting Lisbon reacted to being given the captaincy.

With Maguire potentially facing an uphill struggle getting back into the side, Fernandes could have an extended spell being United’s on-field captain.

The England international looked like a man reborn against Klopp’s men and after not scoring at all in the top-flight last season when starting a game, the 24-year-old has already ensured that lightening won’t strike twice this time around.

He took his goal well and that strike will do his confidence the world of all good. Both of him and Sancho could kick on after getting off the mark.