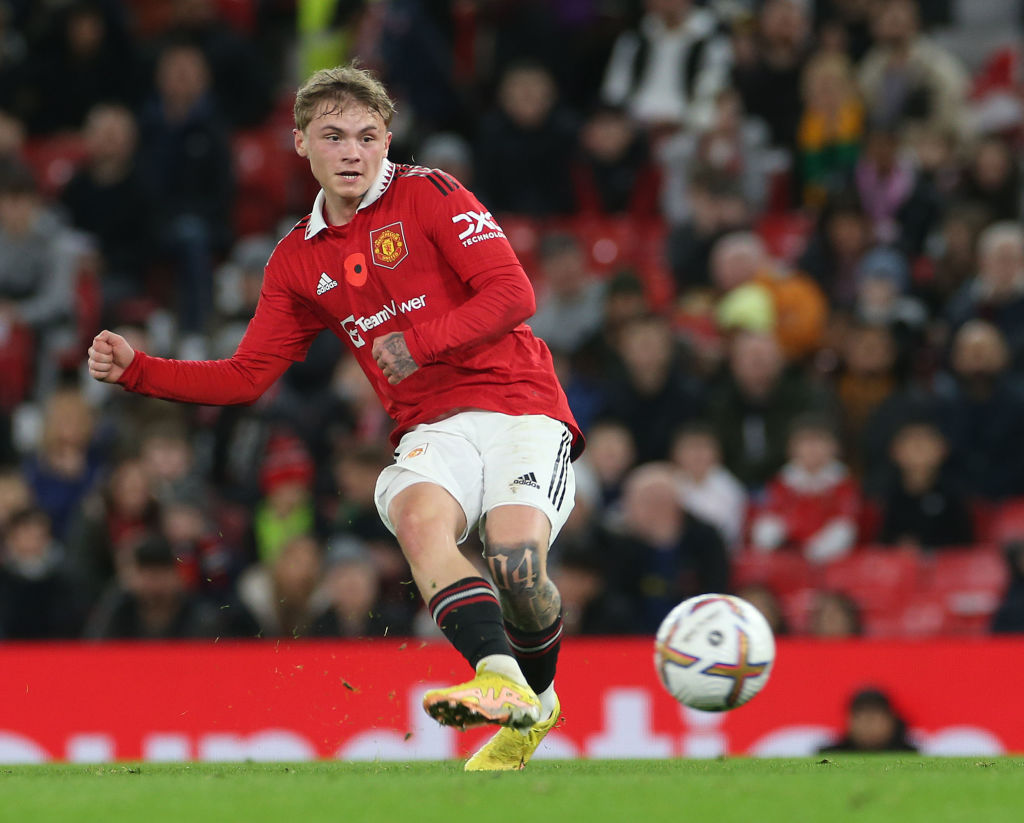 The 18-year-old was in inspiring form and helped fire Norway’s ten-man under-19s to a 6-2 win over North Macedonia in a UEFA Euro U19 Championship Qualifier.

The former Tromso youngster was making his eighth appearance for his country at under-19s level, and he capped off his influential performance by scoring his first goals in that specific age category.

Donning the number ten shirt, the playmaker scored a stunning 20-yard free-kick which went into the back of the net via the post.

Hansen-Aaroen’s second goal was a mesmerizing mix of audacious skill and composure in front of goal.

After putting the ball through a defender’s legs, the bleach blonde hair Norwegian calmy slotted the ball home.

To round off his eye-catching display, the youngster who joined Manchester United in January 2020 also set up his side’s fifth goal.

Having come off the bench in Thursday’s 2-0 win against San Marino, Hansen-Aaroen was handed a start today by his manager Luis Pimenta at the FFM Training Center in Tetovo, North Macedonia.

Having secured back-to-back qualifying wins, Norway has secured passage through to the elite qualifying round next spring.

Pimenta’s youngsters round off their first qualifying round with a final group game against Serbia on Wednesday.

With Travis Binnion’s United Under-21s facing Wolves’ Under-21s at Molineux on Tuesday night in an EFL Trophy play-off – it will be interesting to see whether Hansen-Aaroen returns to Carrington with Norway already secured off their passage into the elite qualifying round.

The talented Scandinavian, who was a vital part of United’s FA Youth Cup winning side last season, came off the bench in Erik ten Hag’s side pre-season friendly against Rayo Vallecano at Old Trafford back in August.

From 11 Premier League 2 games this season under Mark Dempsey, the attacking midfielder has three goals and one assist to his name.

Christian Eriksen is better than ever, says Denmark’s assistant manager