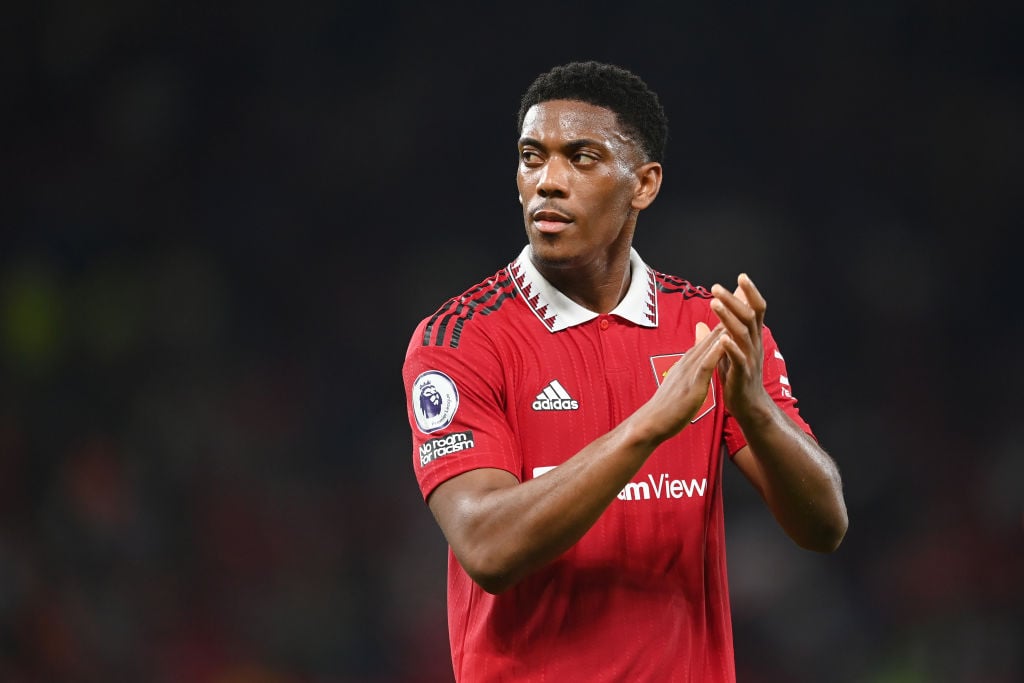 Anthony Martial is expected to miss Manchester United’s clash against Arsenal on Sunday at Old Trafford through injury.

Erik ten Hag has already ruled the Frenchman out of tomorrow night’s clash against Leicester City at the King Power Stadium, due to the Achilles injury he sustained in the 2-1 win against Liverpool.

The former Ajax manager stated that the 26-year-old was “not available” for the clash against Brendan Rodgers’ Foxes in today’s press conference.

But while speaking to the club’s in-house media, the 52-year-old effectively ruled our number nine out of Sunday’s clash against the Gunners at the Theater of Dreams as well.

Ahead of the game against Leicester, the Dutchman said: “Anthony Martial is not available. He will be out at least a week but I think it takes a little bit longer.”

The former Monaco man’s frustrating start to the season is showing no sign of turning a corner.

But while the France international is struggling to prove his fitness, it only adds to the importance that Cristiano Ronaldo looks set to stay at the club ahead of tomorrow night’s 11pm transfer deadline.

There is no guarantee that the 37-year-old will come back into the starting line-up against Leicester, but if the Red Devils allowed our number seven to depart with no replacement signed, we would have been left very light on the ground given Martial’s ongoing injury struggles.

The 30-time France international’s injury hampered start to the season comes off the back of an electric pre-season campaign and an influential performance against Liverpool.

Having scored three goals and provided one assist during pre-season, Martial returned after missing the first two games of the season after coming on at half-time against Liverpool.

The Frenchman set up Marcus Rashford for United’s crucial second goal against the old enemy.

With Martial seemingly ruled out of the game against Mikel Arteta’s Arsenal, he may return against Real Sociedad for our Europa League opener on September 8, or against Crystal Palace three days later.