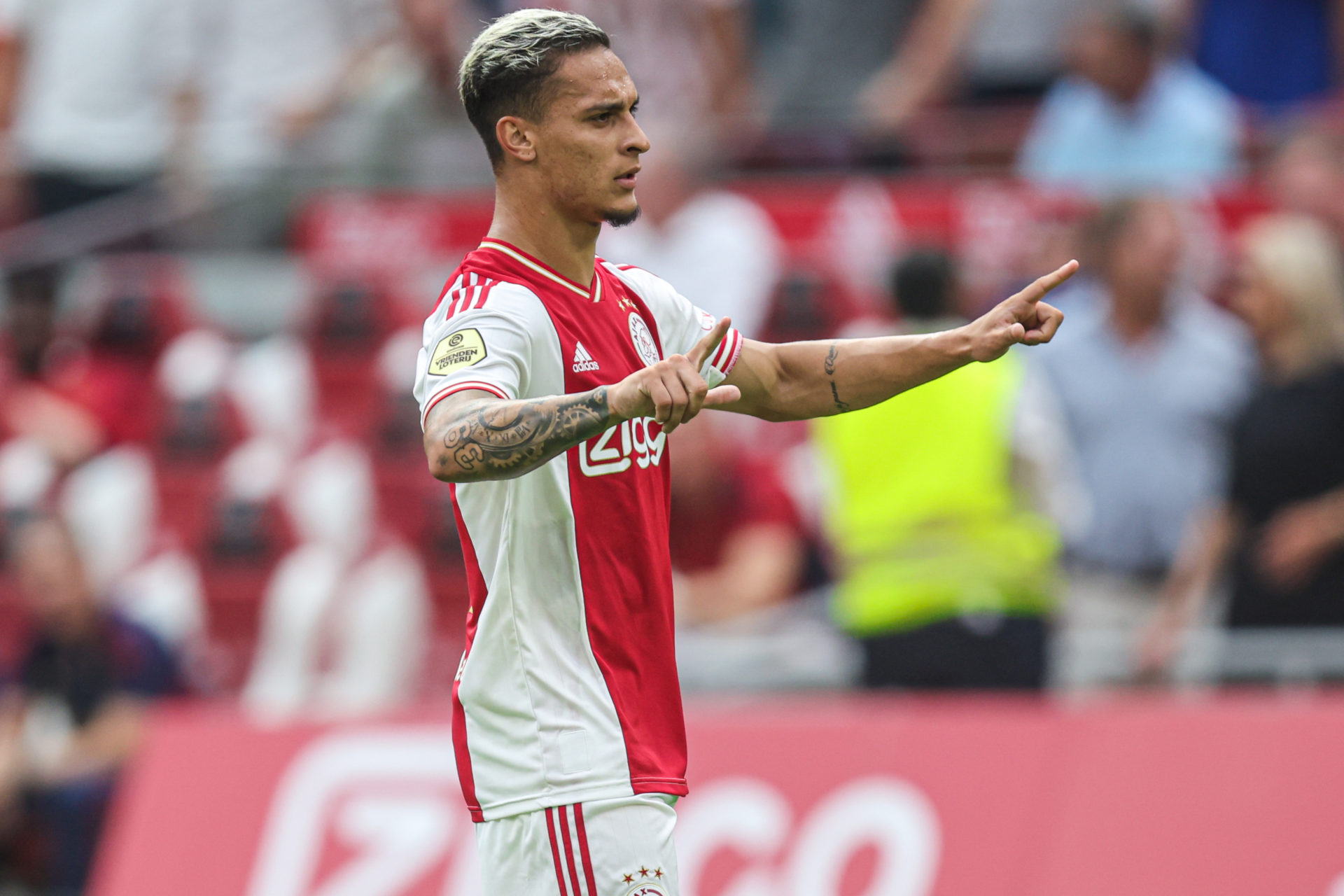 Manchester United have not given up hope of a late deal for Brazil winger Antony, report Goal Brasil.

The report states United had an earlier offer of 60 million euros (£50 million) turned down.

United have not given up and believe Ajax will relent on their 80m Euro asking price £67 million, and come to an agreement before the transfer deadline.

Goal Brasil report: “Manchester United believes that in the final stretch of the window, Ajax can accept a lower value than expected to sell the Brazilian.”

Antony has had an excellent start to the season for Ajax, scoring two goals and providing two assists in three matches.

The winger is an exciting talent with game changing trickery reminiscent of a young Ronaldo, and he would add flair and pace to United’s forward options.

The team’s only strike in the first two matches came through an own goal, and additions clearly need to be made the the attack.

Whether Ronaldo stays or goes is a situation which needs resolving, with Spanish journalist Guillem Balague linking him to Atletico Madrid again yesterday.

Even if Antony is signed, United will have to sign a goalscorer, and it’s difficult to acquire a good one at this late stage of the transfer window.