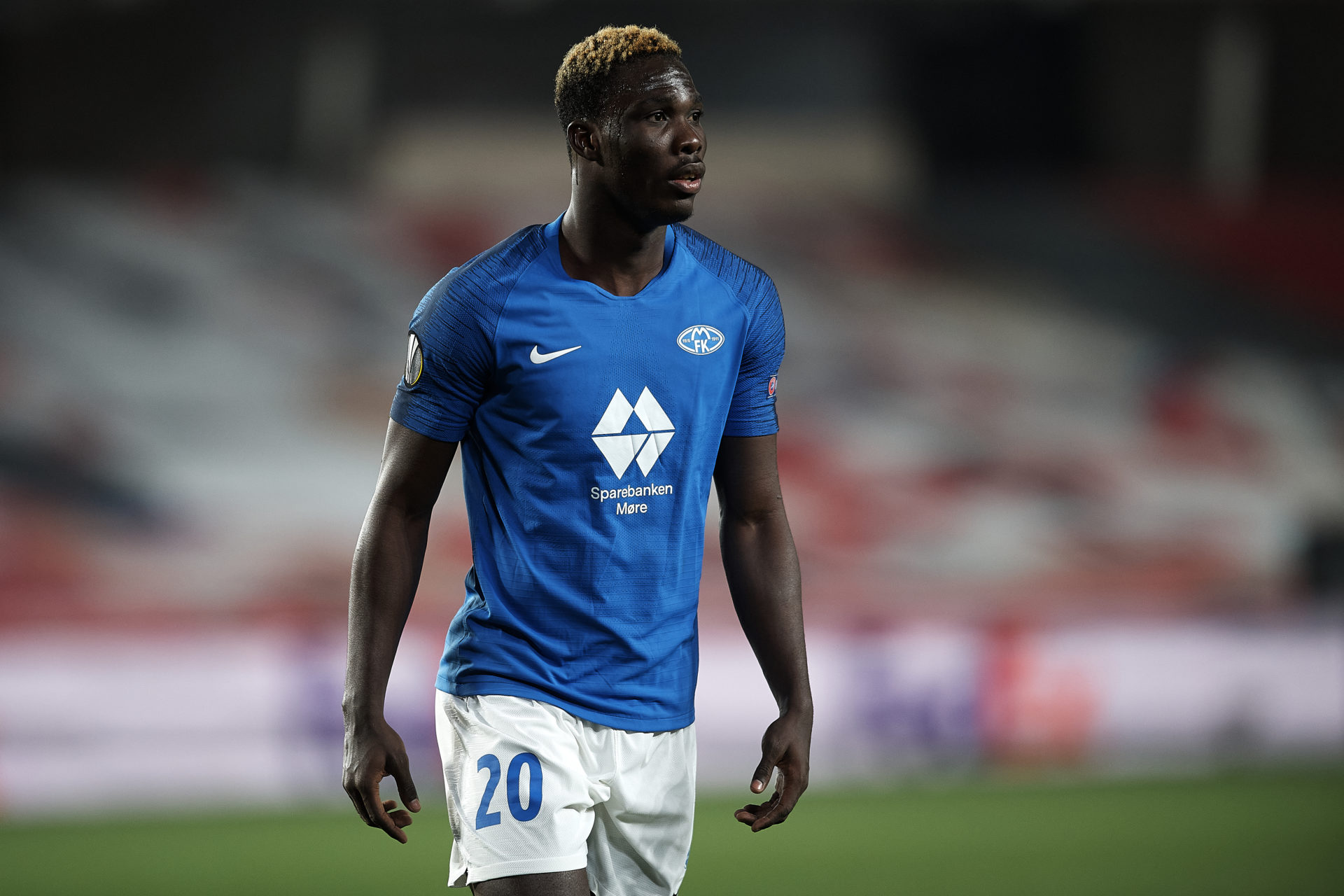 Manchester United’s failure to sign Erling Haaland was a costly decision still being felt by the club, who are still increasingly reliant on strikers over the age of 30.

There were two or three times United could have moved for Haaland, but the most inexplicable miss was in 2019 when the striker was still playing for Molde.

At this point Ole Gunnar Solskjaer had just taken over as Manchester United boss. He did not successfully push for a cheap move for Haaland, and months later he joined Red Bull Salzburg instead.

So while the chance to land Haaland has now certainly passed United by, there is a new opportunity to sign Molde’s latest striking sensation.

There is a new wonderkid up front for Molde, Ivory Coast sensation Datro Fofana.

Fofana, 19, has been scoring at a prolific rate for Molde, netting 19 goals in 35 games this past season.

He has a total of 22 first team competitive goals for Molde, says Transfermarkt, which is more than Erling Haaland reached before his big move. Haaland struck 20 goals before signing for Salzburg.

Fofana has one international cap for his country and it seems like it is only a matter of time before another club snaps him up.

A report from Ivorian outlet Fratmat.info claims United’s rivals Liverpool are taking an interest and could make a £5 million move in January. This report claims his first team goal record stands as high as 28.

Manchester United should be looking to beat them to the move, and use the Ole Gunnar Solskjaer connection with Molde to steer the striker in the club’s direction, even with the former manager long gone.

Fofana is also represented by the same agent who facilitated Odion Ighalo’s surprise move to Manchester United in 2020.

Worth taking a gamble

Manchester United need to sign a striker and a big blockbuster move is unlikely to happen until next summer when more funds are available.

That should not deter United from taking a cheap gamble on Fofana, who would be available at a reasonable price.

United could have secured Haaland for just £5-10 million back in January 2019. Not doing so was clearly a big mistake.

The only thing worse would be repeating the same error, allowing a striker with a similarly strong goal record and potential to move elsewhere, doubling the regret.