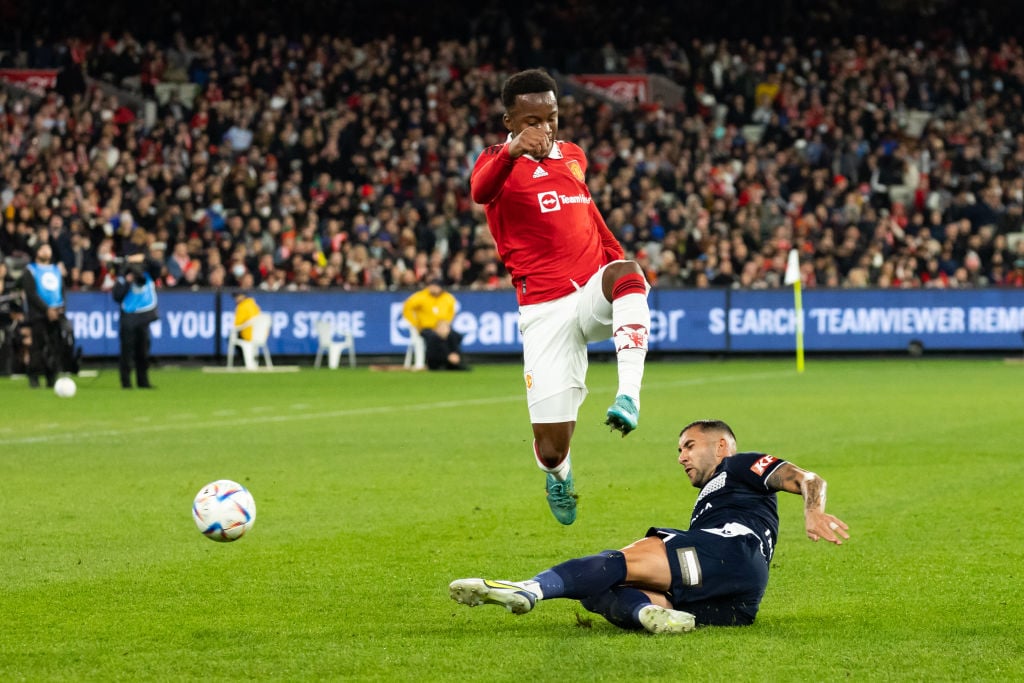 The likes of Alejandro Garnacho and Antony Elanga have reacted to Ethan Laird’s loan move to Queens Park Rangers.

The 21-year-old right-back has joined the Championship side on a season-long loan.

Having spent last season on loan at Swansea City and Bournemouth, the Manchester United academy graduate will be ready for the switch to Loftus Road after having a full campaign plying his trade in the second tier of English football.

The pacey attack-minded full-back made three appearances under Erik ten Hag during pre-season, but the former Ajax boss has approved the former England Under-19s loan move to west London.

United’s number 41, who has two first team appearances for the Red Devils, both of which came during the 2019-20 Europa League campaign, spoke about his decision behind joining The Rs.

“You want love and care,” he admitted.

“Winning changing rooms need to have a real care for the players and I feel like on the pitch you will get the best from your players if they know they are going to be cared for.

“Another thing I look for is creativity – and it is in abundance here!

“I like to play with confidence and be exciting, and I feel I have the freedom to do that here.”

Some Manchester United players have reacted to Ethan Laird’s loan move to Mick Beale’s QPR side on Instagram.

Having made 26 Championship appearances last season, which was hampered due to injuries and not being a regular with the Cherries under Scott Parker, Laird will be hoping to impress Ten Hag with eye-catching performances in the capital.