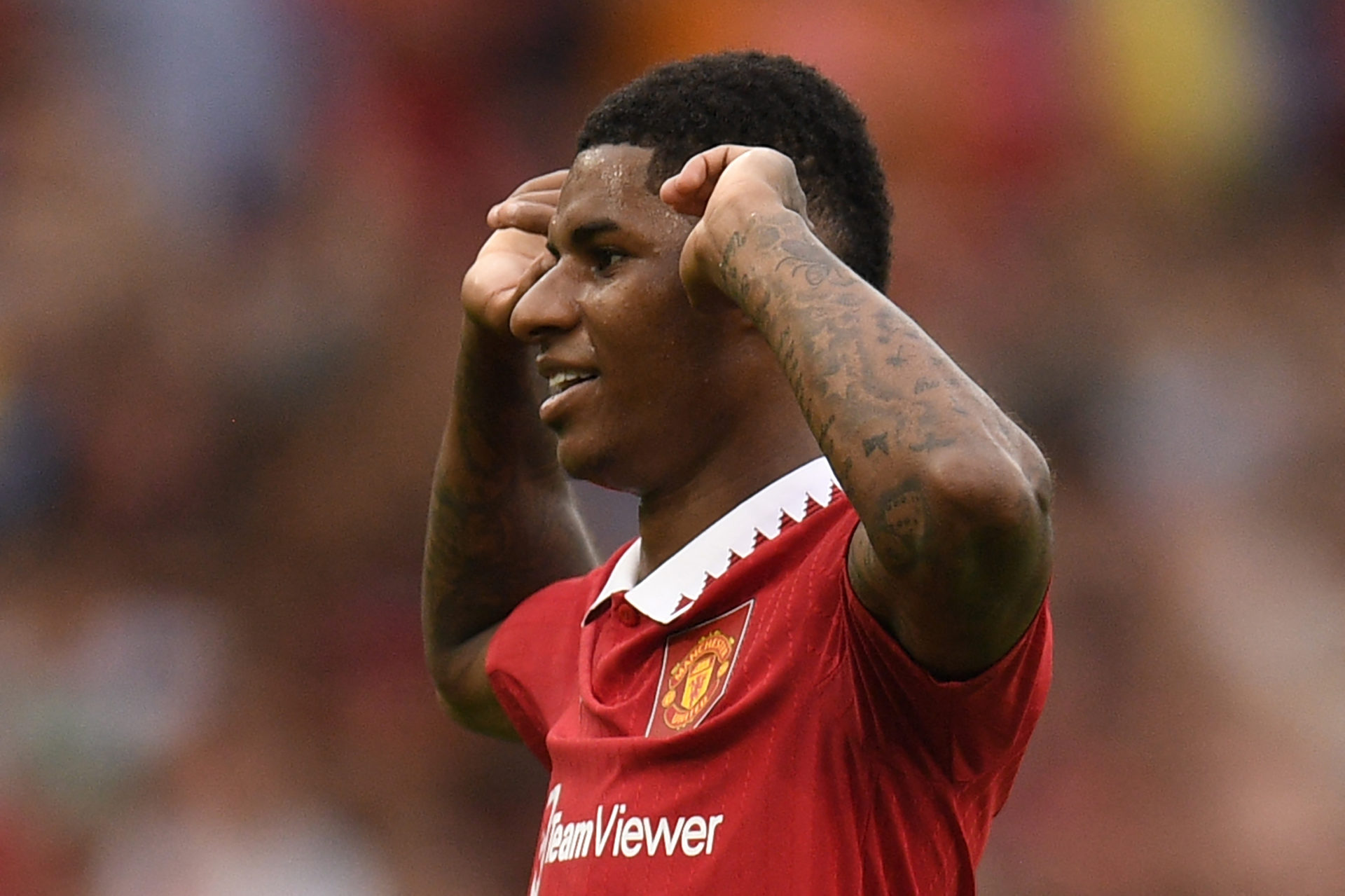 Manchester United are optimistic Marcus Rashford wants to be fit to return for the next Premier League game against Manchester City.

Rashford suffered a muscle injury against Arsenal which caused him to miss the subsequent two Europa League games.

The injury has also caused him to miss the upcoming England squad for international matches against Italy and Germany.

ESPN report United are ‘hopeful’ the forward will be fit for the match with City on October 2.

United do not believe the injury sustained by Rashford is serious and are said to be confident he will make his return against City.

To do so, however, the club would like him to return to training next week, to stay on track, in order to start the game at The Etihad.

The prognosis about Anthony Martial is not quite so optimistic. His Achilles injury is being treated more cautiously and no timeframe has been set on his return.

Rashford has had a strong season so far, scoring three goals and providing two assists in six Premier League games.

If fully fit, he is likely to start the clash at Manchester City against Cristiano Ronaldo, and could do so up front, as part of a front three with Jadon Sancho and Antony.

Rashford’s three goals have come in big games against Arsenal and Liverpool, and if he can return in the same form he left off, then he could have a crucial role to play against City.

An away win for United would move Erik ten Hag’s side to within two points of City, with a game in hand.

Manchester United’s best wins against Manchester City at the Etihad