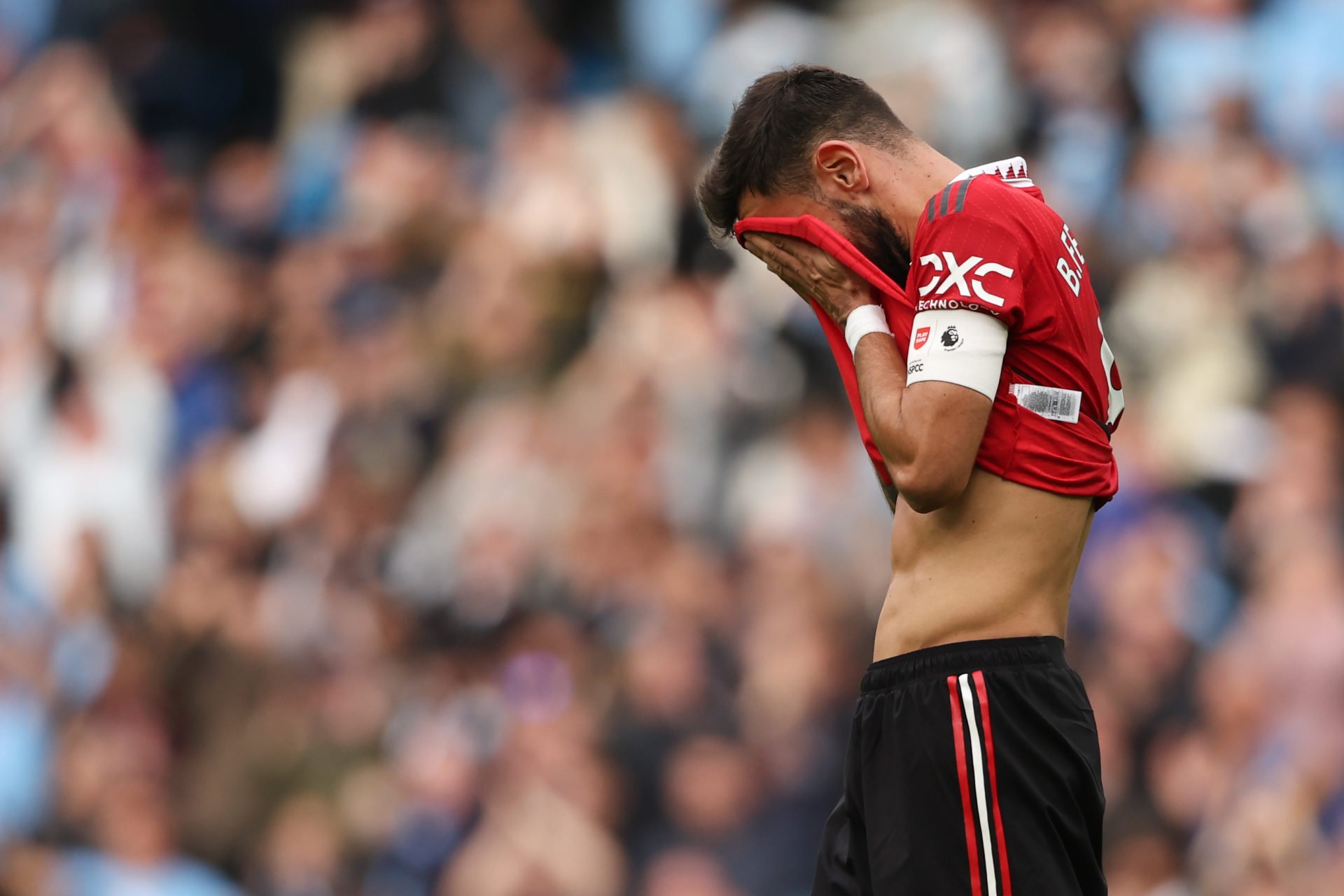 Manchester United were hit for six against Manchester City in a wonderful derby day performance.

Late goals added respectability to the scoreline from United’s perspective, but manager Erik ten Hag branded the 6-3 defeat as ‘unacceptable’.

Ten Hag’s captain Bruno Fernandes also spoke after the game. He told the club website he was looking ahead, “Obviously, we are really disappointed.

“But now it is time to focus on the next game and we have to get back the performances we did before [the international break], and the belief and togetherness, and understand this cannot get us down. We need to improve for the future.”

Fernandes is absolutely correct that Manchester United’s progress under Erik ten Hag cannot be derailed by this one result, and the team must improve.

But what he does not make note of, is that he has to lead the improvement, starting with his own performance.

Fernandes was the captain for the day and has been regularly with Harry Maguire either not selected or injured.

If he is going to be captain long-term, or even on a semi-regular basis, then he has to improve and not go missing in derby matches, as he has done recently.

Fernandes was anonymous against Manchester City, in and out of possession. FotMob report he lost more duels (6) than any player on the pitch.

He managed only six passes into the final third, and picked up a booking for good measure. He allowed his head to drop in a way we saw at the end of last season.

Contrast this to his spirited performance as Manchester United won against Liverpool at Old Trafford in August.

That was a game United were leading, and had a lead to protect, and Fernandes was everywhere, competing for every ball and battling for the team.

Against City when the going got really tough, Fernandes didn’t play like the captain Manchester United needed him to be.

The Portugal international is right that an important stretch is around the corner for United, with as many as eight games this month.

The next Premier League game is away at Everton, a ground where United lost 1-0 last season. Fernandes must step up.

In 2020 he scored twice in a 3-1 win at Goodison Park. United need that version of Fernandes to turn up next Sunday.