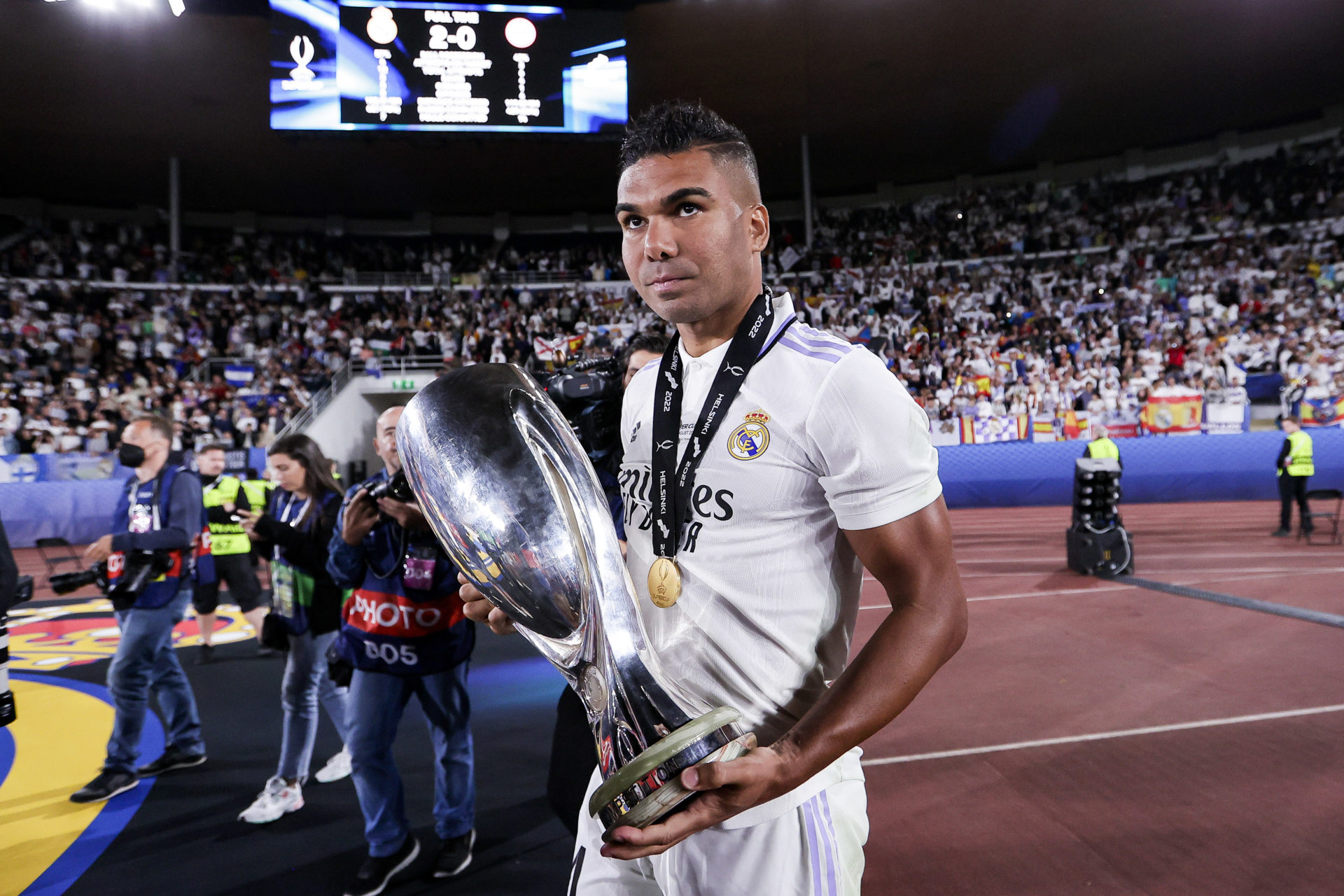 Casemiro has full agreement on four year deal, option until 2027.

Medical and then visa to be sorted during weekend. pic.twitter.com/tiuAdkCR81

The Brazil international is closing in on a move to Manchester United, which is expected to be completed in the coming days.

Erik ten Hag chose not to address the imminent move in his pre-match press conference. Casemiro won’t be registered in time to play Liverpool.

The move is a coup for United, bringing in a key midfielder the club hoped to sign all summer. It’s a case of better late than never, or not at all.

Casemiro, 30, wants a new challenge, with Real Madrid boss Carlo Ancelotti telling his press conference today that the player had decided to move on.

An official announcement from United is expected in the coming days.