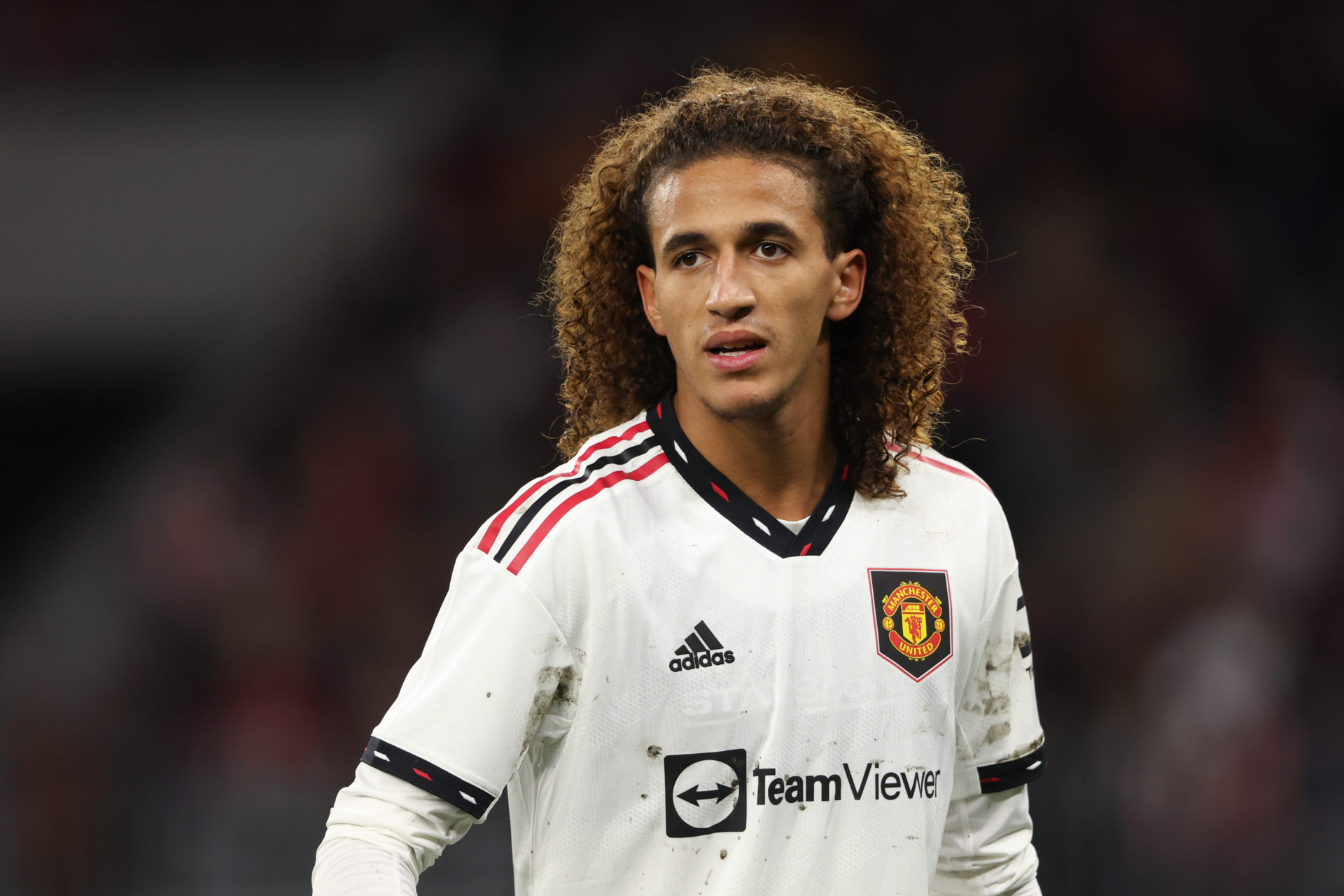 An unexpected offer for Manchester United youngster Hannibal Mejbri has been presented.

L’Equipe report Andorra FC have made a loan offer – with a purchase option of £20 million if they are promoted to Ligue 1.

A loan move is expected for Hannibal, although it is unlikely the club agree to an exit which risks losing him permanently.

A decision will be made on Hannibal’s future shortly, with a move anticipated ahead of the transfer deadline.

There is loan interest from Championship clubs, with L’Equipe naming Birmingham City and West Bromwich Albion both being interested.

The report states United are thinking to be leaning towards loaning him to an English team, to better prepare him for the step up.

United signed Hannibal from Monaco in 2019, and he has gone onto establishing himself as one of the club’s most talented youngsters.

The teenager has made three first team appearances for Manchester United, all as a substitute, and also featured in pre-season under Erik ten Hag.

However, he has not been involved in the first team matchday squads, and nor has he featured for the under-21 side either.

Hannibal needs a move ahead of the World Cup, having been part of the Tunisia side which qualified for the tournament. He has an impressive 16 caps for his country.

FC Andorra’s interest is a shrewd move from Gerard Pique, who left Manchester United as a youngster and went on to have a glittering career. He no doubt hopes Hannibal can do the same, for the side he is trying to turn into a force.