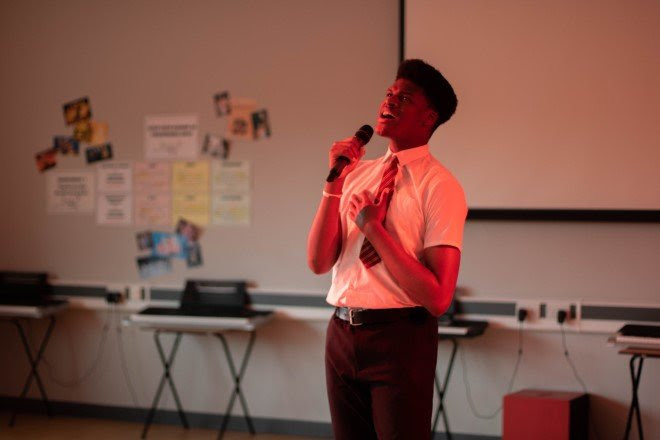 After judging former England and Manchester United player and MIF board member Gary Neville and representatives from MIF and the Manchester United Foundation, finalists from eight local schools were selected, which will be performed live in Festival Square, the center, on Saturday 3rd July from MIF in Manchester, Center.

Developed in response to the extraordinary situation of many young people over the past year, the project offers students the opportunity to increase their self-confidence and well-being, as well as a platform to develop and showcase young talent across the city.

Located in Cathedral Gardens, Festival Square features food, drink, free entertainment and family activities from over 100 artists from Manchester and across the UK throughout the festival. Together with Manchester groups such as KYSO, Chorus of Others and other Greater Manchester artists who were selected through a public call earlier this year, the showcase finalists will perform on Saturday, July 3rd, from 12pm to 2pm as part of Our City Our Festival in Festival Square, a free one day event celebrating the diversity and talent in the Greater Manchester communities.

The showcase is the first in a series of collaborative opportunities created between the MIF and the Manchester United Foundation ahead of the opening of The Factory – Manchester’s groundbreaking new cultural space and the future home of the MIF.

Gary Neville, former England and Manchester United player and MIF board member, said: “After such a challenging year for everyone, it has been a privilege and a pleasure to be able to select such an incredibly talented group of young artists from across the Greater Manchester area, hopefully the ones first of many brilliant collaborations between the Manchester International Festival and the Manchester United Foundation. “

John Shiels MBE, CEO of the Manchester United Foundation, said, “This is a wonderful opportunity for students from our partner schools; To be able to step on a live stage in front of a live audience after everything you’ve seen over the past year is incredible. At the foundation we want to make a difference for young people through education and sport, but by partnering with MIF we have been able to expand our offering to so many more young people, which is fantastic to see – and the talent is incredible. “

Julia Turpin, Creative Engagement Director at MIF, said: “On the way to the opening of The Factory, our creative engagement work with schools, children and young people will increase significantly. This new partnership with the Manchester United Foundation has added some fantastic young talent to this year’s program – we can’t wait to see them all live in Festival Square on July 3rd. “

Other family activities during MIF21 include storytelling, craft workshops, and kid-friendly gigs for parents and caregivers in Festival Square, as well as an uplifting new show of dance, music, theater, and puppetry called The Global Playground. Much of the program will be free this year, with more work than ever in public spaces across the city, including a 42-meter-tall sculpture of Big Ben in Piccadilly Gardens made from 20,000 books and 100 portraits of black Britons, including many from Manchester , exhibited in Manchester Arndale.