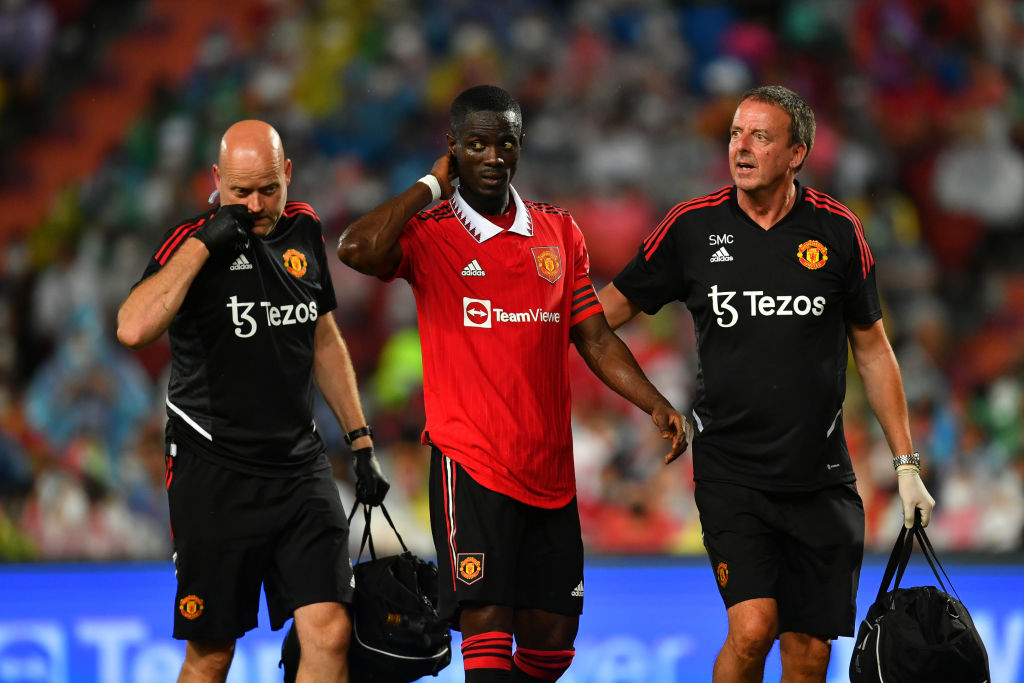 Manchester United defender Eric Bailly has been pictured holding a Marseille scarf in France ahead of completing his season-long loan move to the Ligue 1 side.

Fabrizio Romano confirmed that the Ivorian had said his goodbyes to his Manchester United teammates at Carrington yesterday before flying to France.

Eric Bailly will travel to Marseille on Wednesday early morning in order to undergo medical tests and then sign contract as new OM player. 🔵🛩 #OM #TeamOM

The 28-year-old has agreed a season-long loan with the French giants, but Marseille have an obligation to buy the centre-back if they qualify for the Champions League and he plays a certain number of games.

Despite playing under new boss Erik ten Hag during pre-season, United’s number three found himself as the club’s fifth-choice centre-back after the Dutchman signed Lisandro Martinez from former club Ajax.

The former Villarreal man was Jose Mourinho’s first Manchester United signing six years ago, but the all-action African has struggled with injuries throughout his time at the Theater of Dreams.

His playing prospects looked extremely bleak this season and he didn’t form a part of any of the three Premier League matchday squads so far.

Bailly wants to compete in this season’s Champions League and he’ll be hoping to prove his form and fitness under the tutelage of Marseille boss Igor Tudor.

Bailly, who has two years left to run on his contract at Old Trafford, hasn’t played a competitive game for the Red Devils in 2022.

There is every chance that the Ivory Coast international has played his last game for the twenty-time league champions and that came against Burnley in December where Bailly had to be replaced due to picking up an injury.

Marseille’s impending signing has been pictured on Twitter holding a club scarf after touching down in France.