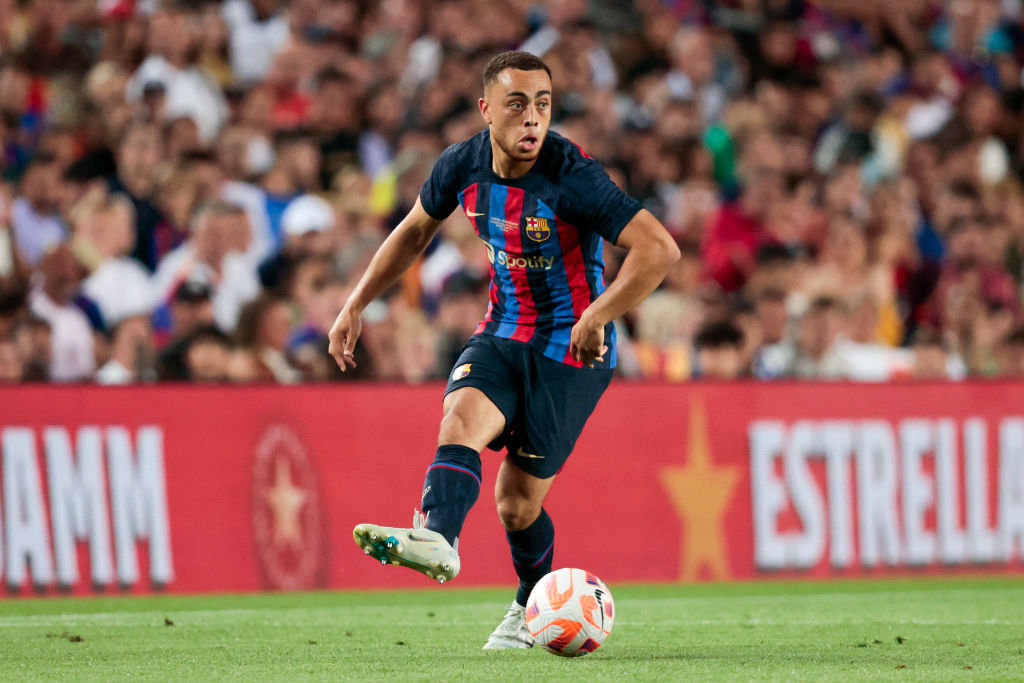 Manchester United are considering a late move in the summer transfer window for Barcelona right-back Sergino Dest, according to Sky Sports.

The 21-year-old is yet to feature for the Catalan giants this season and is seemingly out of favor under Xavi.

United have been linked to Dest for several weeks, recently connected with a move by Spanish newspaper Sport earlier in August, following links from 90Min in May.

Speaking at a press conference ahead of Barcelona’s match with Real Sociedad earlier this month, Xavi explained he has told Dest he is free to leave.

Quoted by NU.nl, Xavi said: “We’ve talked to him and he knows his situation here.”

Erik ten Hag managed Dest at Ajax, before Barcelona bought him for £23.8 million in October 2020.

Ten Hag had been keen to sign a new right-back to provide competition to Diogo Dalot with Aaron Wan-Bissaka not forming part of the Dutchman’s plans.

But after splashing big money on the likes of Lisandro Martinez, Casemiro and Antony, it looked like a move for a right-back was put on the backburner and Wan-Bissaka would stay as a result, reports The Athletic.

However, Sky Sports reports: “Manchester United are exploring the possibility of a late deal for Barcelona right-back Sergino Dest.

“If they can secure a move, they will allow Aaron Wan-Bissaka to leave with both West Ham and Crystal Palace both interested in signing in him.”

With Dest’s playing prospects at the Nou Camp looking extremely interested, a move could be brokered ahead of Thursday’s 11pm deadline.

The American is well-suited to Ten Hag’s methods, would provide healthy competition for Dalot and played twice alongside Manchester United’s fifth summer signing Antony during their brief time together in Amsterdam before Dest headed for Spain.