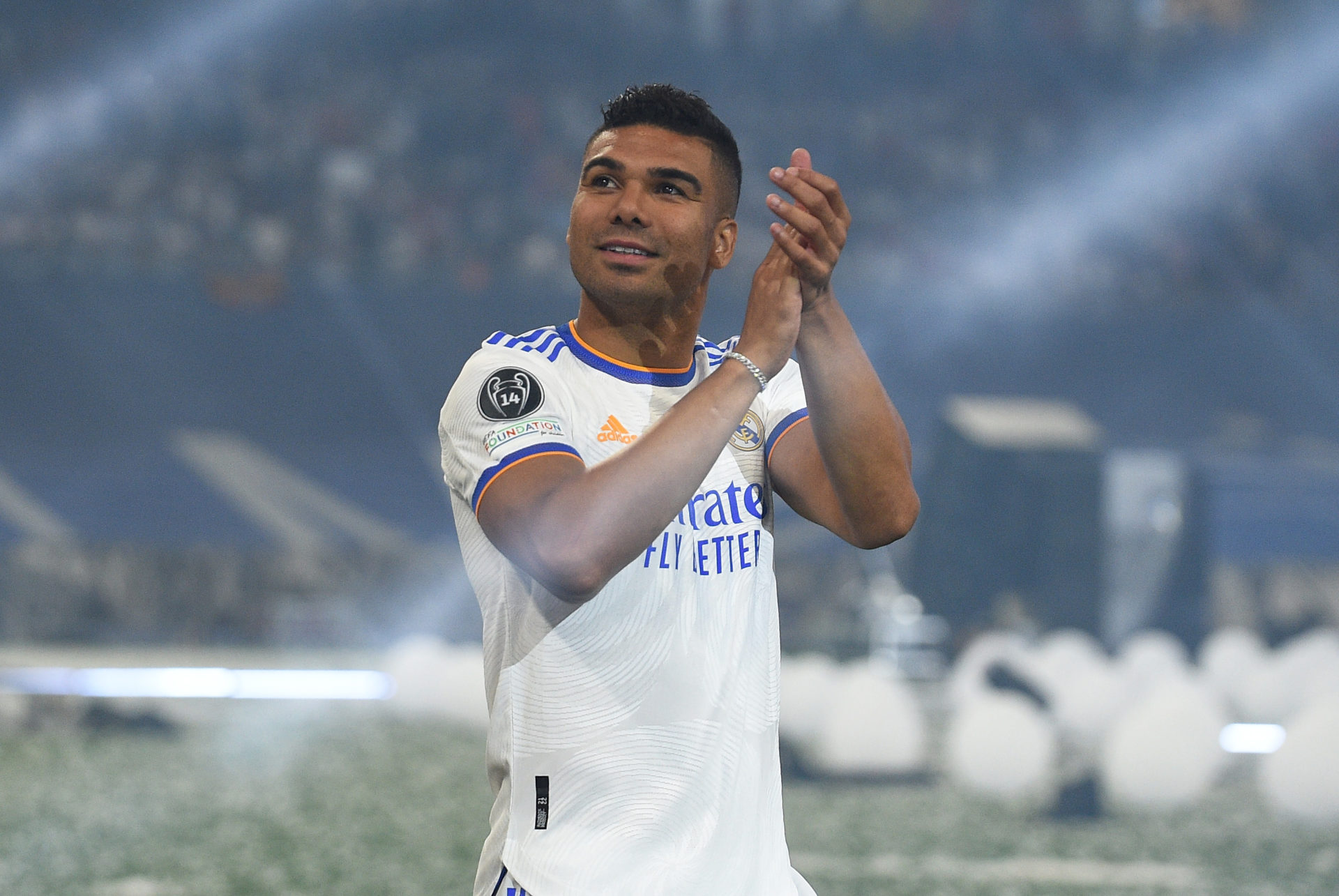 Manchester United are ‘confident’ of closing a deal for Casemiro, report The Telegraph.

United have been pushing hard over the past few days to sign the Real Madrid ace, and talks are progressing.

The fee is reported to be ‘close to £60 million’ and real are not going to stand in his way if he wants to leave.

United are believed to have made Casemiro a staggering wage offer, and can intrigue him with a new challenge.

This deal would be a major coup for Manchester United, and give the club the elite, glamor big name midfielder the club have pushed for.

United had targeted Frenkie de Jong earlier this summer, but appeared to have given up on signing the Dutchman.

Casemiro is a different profile of midfielder, but arguably better suited to the deficiencies in Manchester United’s squad.

He is a defensive midfielder, a position the club have needed to sign a top player in, and repeatedly failed to do so.

Casemiro is an instant fix for the position and will reunite with former Real Madrid teammates Raphael Varane and Cristiano Ronaldo, and Brazil teammate Fred.

United walked away from a move for Adrien Rabiot earlier this week, switching focus to Casemiro. This was a welcome decision, although nobody at the time had much faith United could pull off a move for the Brazilian.

It’s not done yet, with Casemiro now weighing it up. It would be a bold move to join the club in the current predicament, with the team sitting 20th in the league.