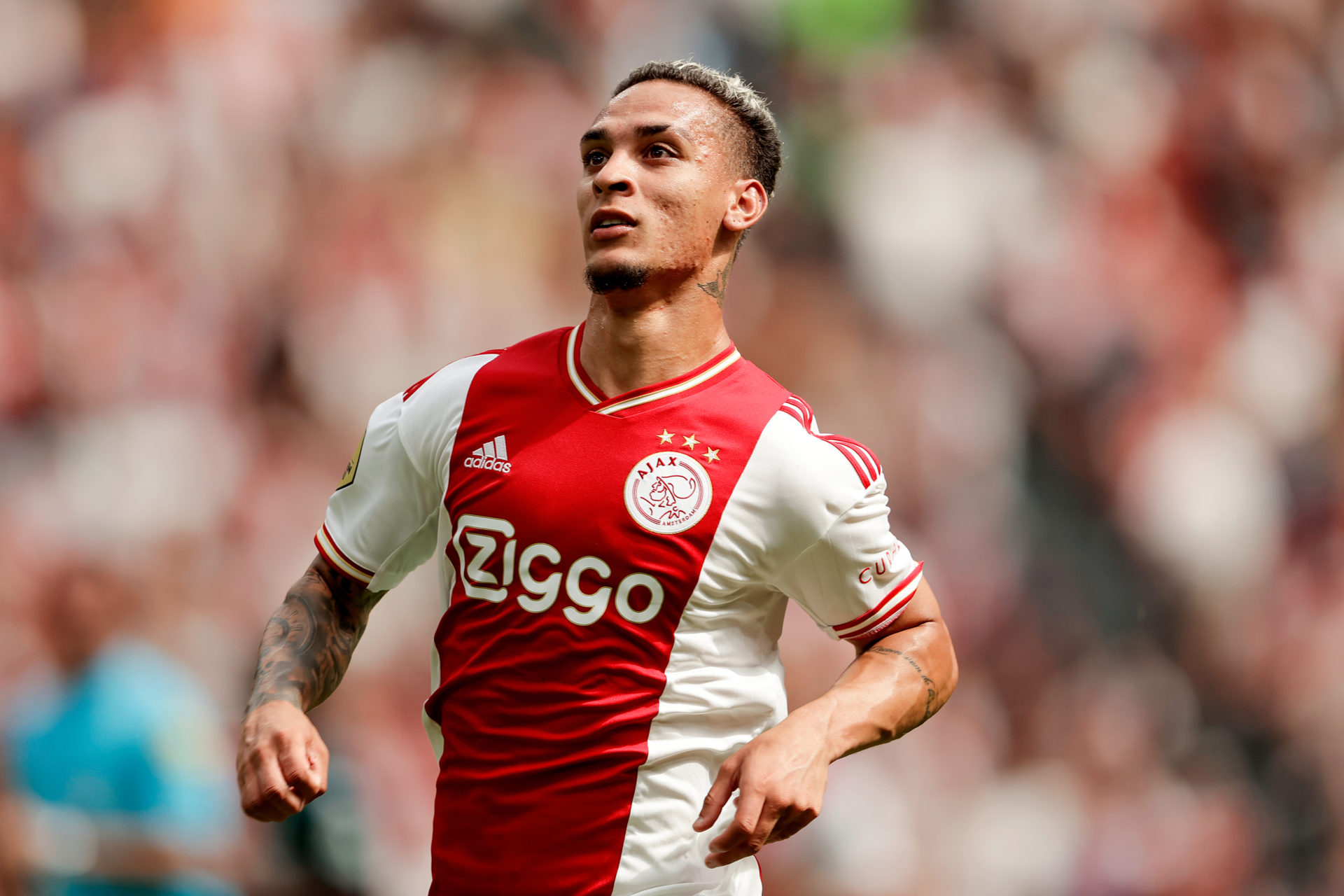 Manchester United are reportedly close to reaching an agreement with Ajax to sign Brazilian winger Antony for €100m (£84m), with personal terms set to be finalized in the next 48 hours.

According to Sky Sports News journalist Dharmesh Sheth, the Red Devils are set to strike a deal with the Dutch giants for the 22-year-old winger after weeks of discussions, with Antony set to become United’s most expensive signing this summer and Erik Ten Hag’s third addition from the Netherlands.

Manchester United close to agreeing deal with Ajax for forward Antony. Fee thought to be worth €100m including add ons. Antony wasn’t in Ajax squad for game at Utrecht. Personal terms not expected to be a problem. Move expected to accelerate in the next 24-48 hours. #MUFC #Ajax

Ajax reportedly rejected a €90m (£75m) offer for Antony earlier this week with United due to come back with an improved offer, and the Manchester giants have done just that, with the winger set to become the Premier League side’s third most expensive transfer of all time, behind Harry Maguire and Paul Pogba.

One of South America’s most exciting prospects and a talent who starred for Ten Hag at Ajax, Antony will add some much-needed attacking depth to United’s forward options, with the move also allowing Marcus Rashford to move back into the centre-forward role, a position the England international has thrived in in recent weeks.

Indeed, whilst United are taking a huge financial risk on Antony, the move could prove to be worth it’s weight in gold should the youngster take to life in Premier League like a duck to water, and the forward could become a huge success at Old Trafford in this new era under Ten Hag.

Antony is no doubt an incredible prospect with the potential to become a superstar for United, yet the huge financial undertaking to bring the winger to Manchester is one that will be scrutinized by fans, and Ten Hag is already taking a big risk in his tenure at Old Trafford by making this signing.

After all, £84m is a huge sum of money for a 22-year-old from Ajax, and whilst Ten Hag knows the player well, there’s no guarantee that the winger will be a success in Manchester with United despite the encouraging signs between them coach and Brazilian.