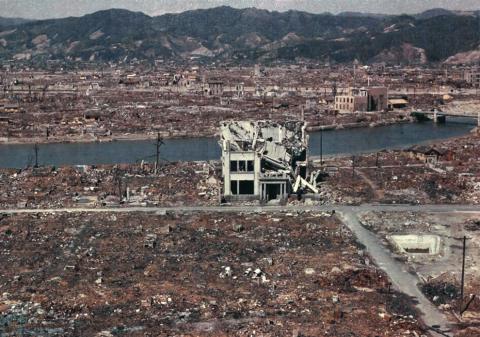 Ceremony will take place on Saturday, August 6 to commemorate the 77th anniversary of the bombing of Hiroshima and Nagasaki.

This event, held across dozens of cities across the world, is done in partnership with Mayors for Peace, an international organization committed to forging bonds of peace.

This year, the commemorations will take place at the Peace Garden, in the newly refurbished Lincoln Square.

The Lord Mayor of Manchester, Cllr Donna Ludford will be leading Manchester’s recognition of the terrible toll the twin atomic bombings had on their victims, as well as reaffirming Manchester’s commitment to peace.

Manchester was the first city in the world to declare itself a nuclear-free zone, and was one of the founding members of Nuclear Free Local Authorities.

Councilor Donna Ludford said: “It is my honor that I am able to mark this occasion, and pay tribute to the thousands of lives that were lost at Hiroshima and Nagasaki, as well as to the civilians who have lost their lives over the past 77 years.

“It is fitting that with the newly created Peace Garden in Manchester we are able to come together as a group and reaffirm our pledge to live in a nuclear-free world.