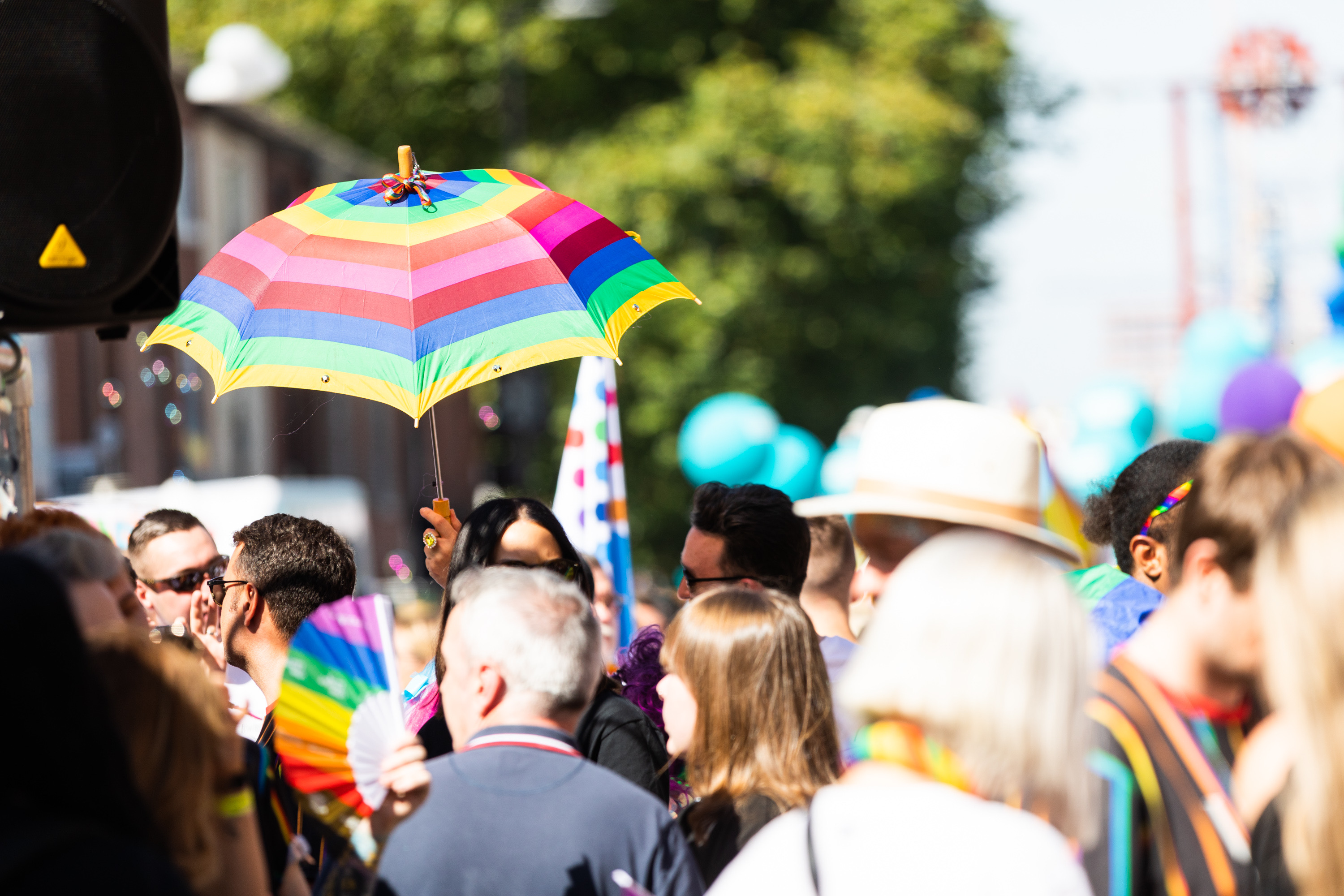 Manchester Pride has announced a stellar line-up of entertainment and events for the Gay Village Party, which features an entirely queer line-up on three stages.

In the heart of the LGBTQ + charity’s Manchester Pride Festival in August, the Gay Village Party line-up has been curated to provide a platform for some of Manchester’s best LGBTQ + talent and highlight them in the iconic Gay Village.

With its most diverse program to date, local artists such as mandla, Val Queen, Monopolyphonic, Jsky and the legendary local drag queen Misty Chance will take to the stages over the weekend. The event will also host The Untold Orchestra, Bimini Bon Boulash, House Gospel Choir, Ginny Lemon, Tom Aspaul and the return of the ever-popular Silent Disco.

A Manchester Pride spokesman said; “During our community consultations in 2019 and 2020, our community told us how important it is for them to present local LGBTQ + talents as part of the festival and the Intersex People Of Color) stage. We worked hard developing the Gay Village Party line up to achieve just that.

“To start with Tans Filth and Joy on Friday, you can expect a line-up that is truly representative of the various local LGBTQ + communities in the Greater Manchester area. The Gay Village Party is the beating heart of the Manchester Pride Festiva. And more than ever, this year’s event is truly a community-led celebration.

“The Gay Village Party will showcase some of the best queer talent the city has to offer. We pride ourselves on providing a platform for the widest range of voices and artists from our community we’ve ever presented, and it promises to be truly inspiring. “

The Alan Turning Stage, renamed after the legendary Mancunian Alan Turing, who was one of the leading code breakers of the Enigma machine of World War II. His ideas led to early versions of modern computers and helped win World War II. But in 1954 he died as a criminal of his homosexuality after being convicted of homosexuality under Victorian law and forced to undergo chemical castration. It was not until 2009 that the government apologized for his treatment.

With the introduction of the Alan Turing Stage, Manchester Pride would like to honor Alan Turing and everyone else who has been convicted of LGBTQ +.

The Alan Turing stage will host the following line-up:

Friday, August 27th – From 7pm to 11pm, Trans Creative and Milk Presents will open the Manchester Pride Festival with a night of Trans FILTH and JOY. The evening brings a ton of trans talent and some serious DJ action.

From 3:15 pm to 3:30 pm there will be a special performance on stage, before that Proms In The Park will take place from 12 noon to 3 pm.

Sunday, August 29th – On Sunday, Misty Chance and Friends will be on the Superbia Queer Music stage from 2 p.m. to 4 p.m. and from 4 p.m. to 11 p.m. with Bimini Bon-Boulash, TomYumSim, Monopoly Phonic, Tom Aspaul, Jason Andrew Guest, Elephant Trees, Me and Deboe, 2che, Jsky and more.

Monday, August 30th – On the final day of the festival, from 1:30 p.m. to 3:30 p.m., The Untold Orchestra, a Manchester-based collaborative orchestra aiming to redefine the role of an orchestra in the 21st century, will work with a variety of musicians, artists and venues and communities to make sure they reach new people with every project.

They bring sounds from Bowie, Prince, Elton John, Motown and even Disney classics to the Gay Village Party.

The candlelight vigil marks the end of the festival at 9 p.m.

The highlight of the Manchester Pride Festival is the vigil that turns Sackville Gardens into a sea of ​​flickering candles.

The candlelight vigil also provides a space for visitors to remember those who may no longer be with us, and an opportunity to stand together on a unified front as we recognize the many challenges that remain and our LGBT + communities of Manchester to the rest of the world represent the world.

The Vigil is the spiritual heart of the Manchester Pride Festival and there is a truly magical and moving atmosphere of silent reflection in the gardens.

A wristband is not required to attend the vigil, however the site has limited capacity and early arrival is recommended. This year’s Candlelit Vigil was creatively produced by freelance theater maker, writer, performer, producer, HIV activist and star of the recent series ‘It’s a Sin’, Nathaniel J Hall.

the Playground stage will host a playground of activities over the weekend, including a team of promanadas bringing festival-goers to the stage and participating in competitions, dance routines, and games.

There is also the opportunity to be crowned Maypole Queen, chat with the organizations participating in the Expo, enjoy the rides and relax in the chill area and bar.

The newly named Mancunity stage, will host three days of entertainment and activities including:

Friday, August 27th – To start the weekend, the stage will host Fat Pride from 7pm to midnight.

After their inaugural stream for Alternative Manchester Pride, FAT PRIDE are back and take over the Mancunity Stage for a whole evening of dancing, partying, showing off and feeling good. With guest DJs, dancers, performers, and loads of Fat Love, this will be a night to celebrate big bodies.

Saturday, August 28th – The Swagga Takeover begins on Saturday from 2 p.m. to 7 p.m., a packed event with a strong line-up of the best R&B and bashment DJs in Manchester.

There will also be a show that will stop the headlines of Platinum, best known for their garage classics “What’s it Gonna be” and “Love Shy”. Not to mention the swagga dancers who will be on stage.

The Black Pride MCR Takeover takes place from 7:00 p.m. to midnight and takes the festival-goers on a musical journey to celebrate the black roots of house music, disco, funky house, vocal and tribal, performed by four exceptional DJs at the festival and iconic dancers from the Northern Vogue ballroom scene.

Sunday, August 29th – From 2pm to 6pm there is the Silent Disco, which returns for another year to give festival goers the opportunity to actually sing while nobody is listening.

For those who want to sing out loud, the Sing-a-long cinema will be shown from 12 noon to 6 pm, with the choice of what is shown up to the audience.

The Queer Women’s Takeover takes place from 7 p.m. to midnight.

We bring together some of the best queer female talent in Manchester under one mancunity umbrella. The acquisition includes Stacey Bee, who represents TriBeCa’s pop smash hits of the 90s, DJ Mix-Stress founder, curator and resident DJ of the event and art collective RebeccaNeverbecky will bring house and RNB vibes.

Expect a funky house; Electro-pop and queer hymns by DJ Róis, founder of the What She Said Club, which gives space to LGBT / queer women, GNC and non-binary people. The Manchester Powerhouses program concludes with a Vanilla and Swagga collaboration bringing high energy, RNB and bashment.

Tickets for the Gay Village Party are still available in limited numbers – https://www.ticketmaster.co.uk/manchester-pride-festival-tickets/artist/5292149