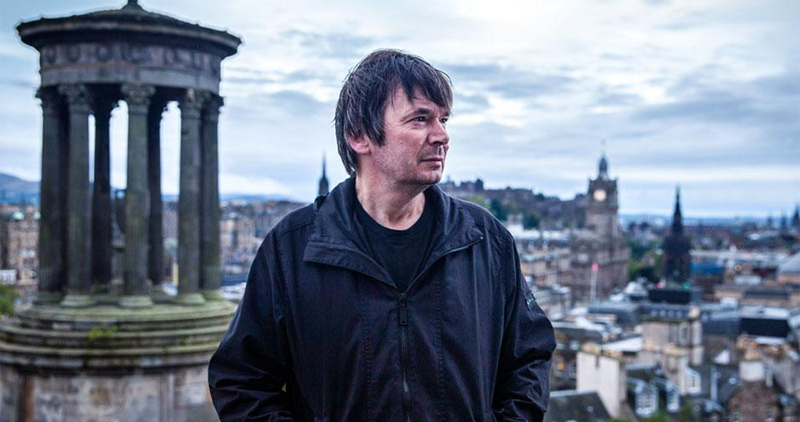 The Festival takes place in an array of venues in this vibrant city – from historical Victorian museums and the Central Library to flagship venues Contact, HOME, Royal Northern College of Music and the unique Anthony Burgess Foundation.

King of Scottish crime fiction Ian Rankin is widely considered one of the undisputed masters of Tartan noir. Ian will be talking to the former Makar of Scotland and award-winning writer Jackie Kay about A Heart Full of Headstones, his new meticulously crafted thriller starring Scottish DI John Rebus. Presented in partnership with Waterstones.

An MLF Autumn exclusive with a master of spellbinding and immersive fiction, Susanna Clarke (Jonathan Strange & Mr Norrell) who won the Women’s Prize for Fiction 2021 with her playful novel, Piranesi. She discusses her work and imagination at this special in conversation with author Max Porter (Lanny, Grief is the Thing with Feathers).

The BAFTA award-winning Welsh screenwriter (Gavin & Stacey, Stella), actor, comedian and novelist Ruth Jones will be In conversation about her career, her writing, creating and playing characters, friendship, female solidarity and her forthcoming novel, Love Untold. Presented in partnership with Waterstones and sponsored by Weightmans.

Rob Delaney, the American actor, comedian (Catastrophe) and writer will be in conversation about his forthcoming book, A Heart that Works. In a North West exclusive, Rob will talk about his devasting grief memoir, the loss of his son Henry, his passion for the NHS & free healthcare, the joys of comedy, acting, writing and the love that underpins it all.
(19 Oct, 7.30pm, RNCM Theatre)

Edward Enninful, the first Black editor-in-chief at British Vogue, is in town to talk about fashion, beauty, leadership, race, culture and the transformative effect he has had on the fashion world. He will share his remarkable life, experiences and some of the stories in his excellent memoir, A Visible Man, in a remarkable in conversation with award-winning author and fellow game-changer Bernardine Evaristo (Girl, Woman, Other). Presented in partnership with Waterstones and sponsored by The Edwardian Manchester.

Through skills honed by his career on radio, award-winning BBC broadcaster Nihal Arthanayake shows how we can become better conversationalists, bridge divides, and become less lonely in Let’s Talk: How to Have Better Conversations.

Writer and historian David Olusoga discusses his excellent work documenting and exploring Black British history; the writers and creatives that have shaped him; and his thoughts on Manchester’s radical past, present and future with broadcaster and Literary Editor Ellah P. Wakatama. (15 Oct, 7pm, Martin Harris Center for Music & Drama)

The much-loved British actor and writer Sheila Hancock will be in conversation with The Observer’s Alex Clark, discussing her extraordinary career, her time spent in the North West, her new memoir Old Rage, and her commitment to championing working class creatives. (9 Oct, 3pm, Royal Northern College of Music)

Writer, broadcaster and presenter of the BBC Radio 4 show Natalie Haynes Stands Up For the Classics will be discussing her new novel, Stone Blind. Author of Pandora’s Jar, The Ancient Guide to Modern Life and A Thousand Ships, Natalie Haynes has given us feminist retellings of the Oedipus and Antigone stories and retold the Trojan War from an all-female perspective. This time, she brings the infamous Medusa to life as you have never seen her before. (23 Oct, 2pm, Central Library)

Paterson Joseph, the British actor and writer known for his roles in Vigil, Noughts and Crosses and Law & Order, will be at the festival to talk about his debut novel, The Secret Diaries of Charles Ignatius Sancho. A captivating historical novel that transports us to Georgian London in 1746, telling the true story of a great Black Briton.

Since it began, the festival has hosted a range of outstanding writers from around the world. This year includes:

Award-winning American writer AM Homes (May We Be Forgiven, This Book Will Save Your Life) launches her much anticipated and ambitious new novel, The Unfolding. She wants to be in conversation with broadcaster Razia Iqbal. (8 Oct, 3pm, Martin Harris Center)

discusses his passion for short stories, the masters that have inspired him and his forthcoming new collection, Liberation Day at his only UK event outside of London.

Argentinian mistress of dark literature, Mariana Enriquez joins us in Manchester to discuss her superb, new novel Our Share of Night (translated by Megan McDowell) and the aftermath of the country’s military dictatorship with Max Porter, author of Lanny and Grief is the Thing with feathers (20 Oct, 7pm, Central Library)

borders and the history of people managing to get around, over and under them in a special event with English PEN and Comma Press.

As a bonus, there will be an extra MLF event in November featuring the Women’s Fiction Prize 2021 winner Maggie O’Farrell in conversation with Kamila Shamsie. After the phenomenal success of her novel Hamnet, she discusses her highly anticipated new novel, The Marriage Portrait, transporting her readers from Shakespeare’s England to Renaissance Italy. Presented in partnership with Waterstones and sponsored by Weightmans.

Manchester Literature Festival began in 2005, emerging from the popular Manchester Poetry Festival. Celebrating established and emerging poets has always been central to the Festival’s work and this year is no exception:

Two of the poetry world’s most dynamic performers, Inua Ellams and Yomi Sode, return to the Festival to share work from their acclaimed collections, The Actual and Manorism. Both take aim at the legacies of the British Empire – racism, classism, toxic masculinity and trauma – and ask what it means to live as a Black man in Britain today.

To mark the 90th anniversary of Sylvia Plath’s birth, poets Moniza Alvi, Romalyn Ante, Rebecca Goss, Ian Humphreys & Carola Luther will perform new work inspired by and responding to the legacy of Sylvia Plath and her work. They will read their work from the anthology, After Sylvia: Poems & Essays in Celebration of Sylvia Plath, and other poems drawing on the themes of Rebirth, Womanhood, Magic, Mothers & Fathers and Nature.

Since it was established in 2003, MLF has worked closely with the Anthony Burgess Foundation and this year Scottish poet and author Robert Crawford celebrates the centenary of TS Eliot’s epic text The Waste Land. Crawford (Eliot After The Waste Land) will deliver the annual Anthony Burgess Lecture on the revolutionary modernist, his recently unsealed letters, his troubled interior life, his struggle as an epoch-shaping poet and mind and his marriage to his wife Valerie Eliot.

As ever, there’ll also be plenty of opportunities to entertain little ones:

Younger Festival goers can take part in a workshop with popular children’s author and illustrator Aaron Blecha and join an Aliens, Zombies and Monsters hunt – prepare to beam aboard an alien spaceship, take a photo amongst the monster mayhem or be part of a zombie family. (22 – 28 Oct, various times, Z-arts)

Exploring our history. Looking at what divides us and brings us together. Celebrating our pioneers and change-makers. These are also themes at the heart of this year’s Festival and events with historian David Olusoga, musician Cosey Fanni Tutti, fashion icon Edward Enninful, broadcaster Nihal Arthanayake, novelists Mariana Enriquez and Max Porter, poets Inua Ellams, Yomi Sode, Roger Robinson, and many more. We hope you’ll join us to listen to their stories and discover some new favorite writers.”

Kaye Mitchell, Director, Center for New Writing at The University of Manchester said: “In what can feel like an embattled age, literature and culture have never been more important. Whether consolatory, contentious or celebratory, the diverse examples of contemporary writing showcased by the Manchester Literature Festival are always a spur to deep thinking and brilliant conversation. The 2022 program promises to be as stimulating as ever, and we’re delighted to continue our partnership with this landmark annual event.”

“Manchester is once again set to be the center of the literary universe this Autumn with a fantastic line-up of must-see authors and events as part of this year’s Manchester Literature Festival.

The Festival continues to go from strength to strength and as befits our standing as a UNESCO City of Literature, this year sees a packed program featuring some of the best new writing talent around, as well as established writers and other well-known names from both the UK and beyond. Don’t miss it!”

The full program will be on sale for MLF Get Closer Members on Wednesday 24 August and on general sale on Friday 26 August. Membership starts at £20 per annum and includes Priority Booking.