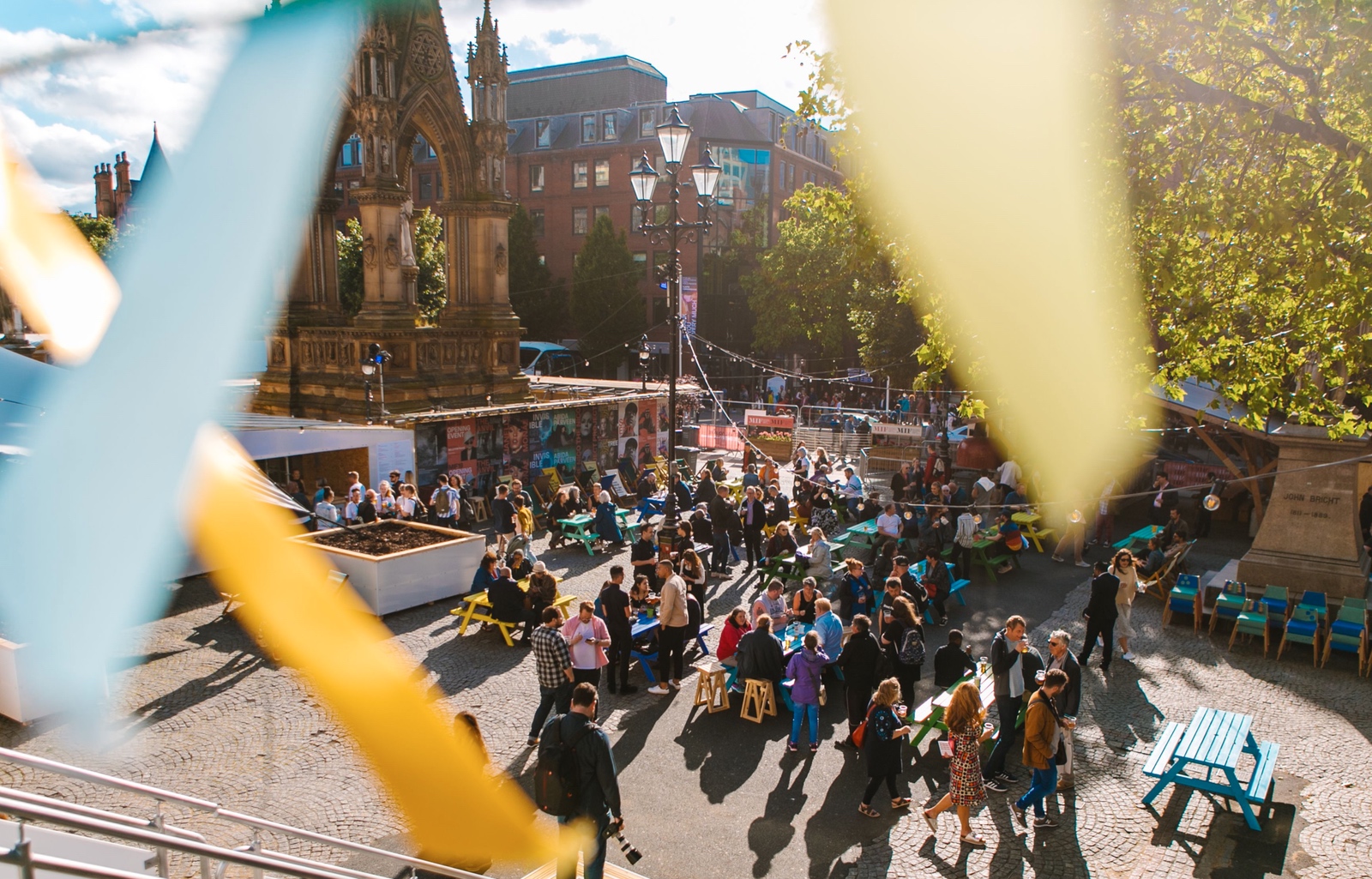 The Manchester International Festival (MIF) returns from July 1st to 18th with a vibrant program of new original works from across the visual and performing arts and music by artists from over 20 countries.

Events are safely held both indoors and outdoors in Greater Manchester, including initial work on the site of The Factory, the landmark of the cultural space that will be the future home of MIF.

A rich online offering offers a glimpse of the festival wherever the audience is, including live streams and work specially created for digital reality.

With almost all of the work done in the past year, MIF21 offers a unique snapshot of these unprecedented times. Artists have pondered ideas like love and human connections, the way we play, division and togetherness, equality and social change, and the relationship between town and country.

For the first time, the curation of the festival’s lecture and discussion program was handed over to the local population, building on the work of MIF, in which the community was involved as an artistic collaborator and participant in the work they shaped.

John McGrath, Artistic Director and General Manager of the Manchester International Festival, says: “MIF has always been a festival like no other – almost all of the work was specially created for us in the months and years leading up to each festival. But who would have thought two years ago in which changed world the artists who work for our Festival 2021 would work?

“I am very pleased to present the projects that we will present from July 1st to 18th of this year – a truly international work program that was drawn up in the heat of last year and is a lively response to our time. Created with security and wellbeing at the center of everything, it is flexible for ever changing circumstances and boldly explores both real and digital space.

We hope that MIF21 provides a time and place to reflect on our world now, celebrate the different ways we get together and, despite what has happened, highlight the importance of our creative connections – local and global. “

A series of works in the city’s public space includes a new outdoor dance work by the French choreographer Boris Charmatz (10,000 gestures MIF19) on the opening evening of the festival.

Sea Change will fill Deansgate with a chain of professional and non-professional dancers – including more than 150 local residents – performing and repeating a dance move on site to celebrate a joyful get-together in a post-Covid world.

Argentine art pioneer Marta Minujín will present Big BenLying Down with Political Books, a monumental 42-meter sculpture of the landmark of London in Piccadilly Gardens. Compiled from 20,000 copies of books that have shaped British politics, it is a joyful provocation to redefine our national symbols and to unite for democracy and equality.

In response to last year’s events, artist and activist Cephas Williams will create 100 portraits of Black Britons, including many from Manchester, on display across the Manchester Arndale to highlight and highlight the contribution of blacks living in Britain.

Christine Sun Kimwill will create a series of installations that will label the world around us – from descriptions on buildings to an airplane with a banner lettering flying over the city. The playful, powerful and political captioning of the city invites us to think about what defines the essence of a city – and to experience our world in a whole new dimension.

The new cultural space, designed by internationally renowned architects OMA and due to be completed later next year, will be MIF’s permanent home.

For a weekend only, the audience is invited to stroll through a field of luminous tents that house a murmuring soundscape of poetry inspired by nature: from Sappho to Simon Armitage and from William Blake to Sabrina Mahfouz with recorded contributions leading Actors and musicians including Simon Russell Beale, RoxXxan, Jane Horrocks, Brian Cox, Lionness, David Thewlis and many others.

The poetry is also the subject of a collaboration between the curator Hans Ulrich Obristand, the poet Lemn Sissayat HOME, and across the city.

Sir Richard Leese, Chairman of Manchester City Council, commented: “After the year we’ve all had, this has been such a big challenge for our cultural sector, which was the first to close a year ago and the last to reopen. Manchester needs MIF more than ever this year.

Manchester has always been a city that values ​​and promotes culture and is rightly recognized worldwide for its strengths and innovations. Now, as we break away from the pandemic, it is very clear to us that the cultural sector has a lasting and important role to play in our recovery.

Thanks to the determination and creativity of the MIF team and all of the artists and others who are part of this year’s festival, I have no doubt that MIF21 will put Manchester back in the limelight and firmly center stage again and show the rest of the world what is happening Manchester can do best. “

Tickets are available from May 20, 2021 and can be purchased here along with further information about the festival.