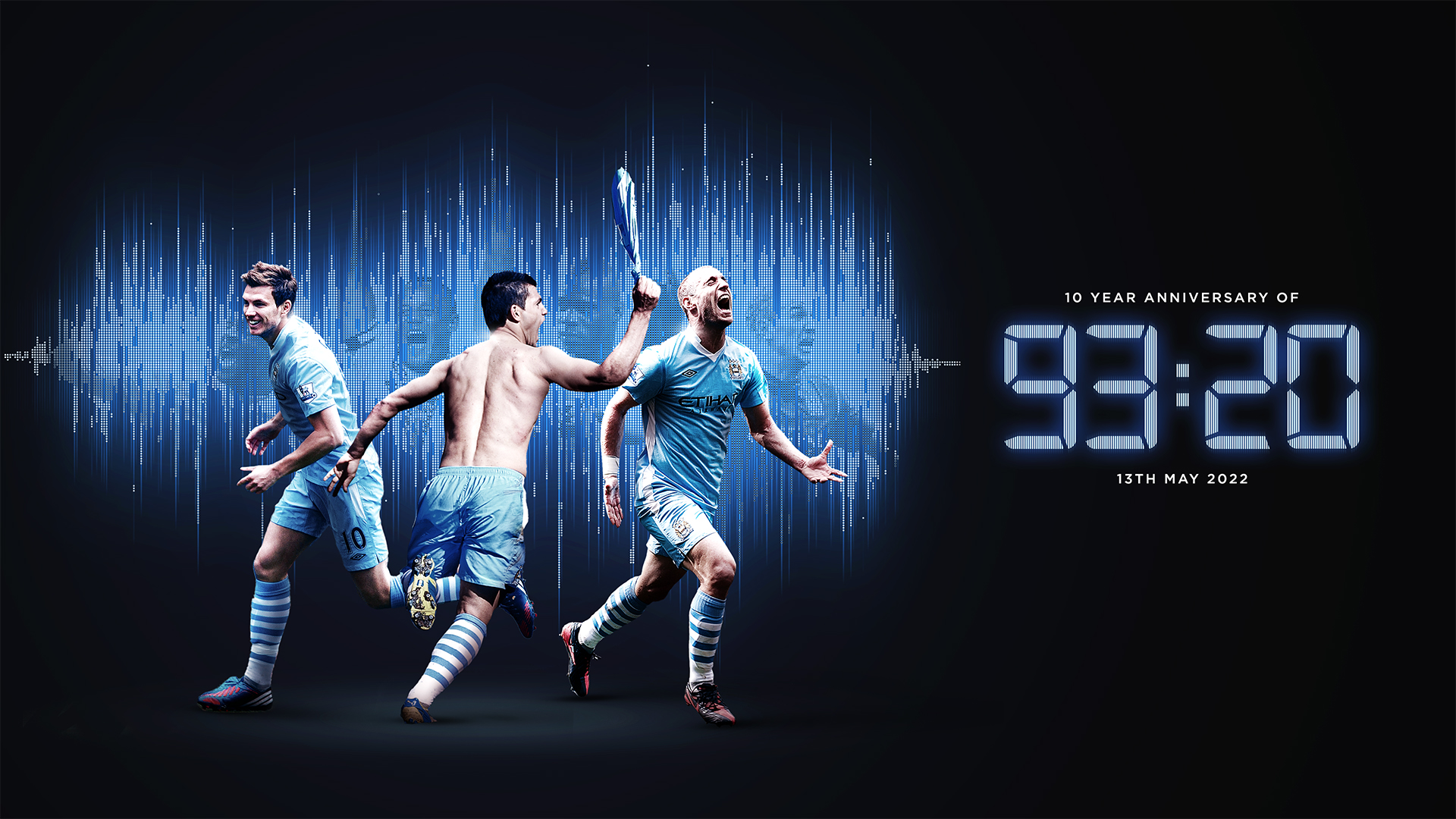 Manchester City is delighted to announce it will be holding a series of events and activities in Manchester and across the globe to celebrate the tenth anniversary of ’93:20′, its historic match against Queens Park Rangers, which saw the team score twice in injury time in what was arguably one of the greatest comebacks in sporting history, to be crowned champions for the first time in 44 years.

The Club will be hosting a special balloted event at Manchester’s Mayfield Depot for an evening of celebrations with 2,000 fans in attendance alongside members of the title-winning squad including Sergio Aguero, who scored the goal that sparked jubilant celebrations throughout the stadium and across the world .

Aguero will be joined by former teammates with a series of interviews planned to take place throughout the night. There will also be the chance for fans to take pictures and meet with former players, as well as enjoy live DJ performances.

Fans around the globe will be able to join in the celebrations throughout the evening by following the Club’s content platforms which will capture highlights of the event along with exclusive interviews and backstage access.

Alongside the above and earlier in the day, Manchester City representatives and former players will come together for a lunch event at the Etihad Stadium alongside Club partners to celebrate Manchester City’s progress over the past ten years.

As part of the Club’s 93:20 celebrations, Sergio Aguero’s legacy will be honored through the unveiling of a statue designed and created by renowned sculptor, Andy Scott.

Aguero’s statue will join the statues of Vincent Kompany and David Silva completing a trinity to commemorate a defining era for the Club.

The Club will publish further information explaining how fans can enter the ballot for the celebration event as well as share information detailing the hospitality packages available for the lunch at the Etihad Stadium, in the coming days.