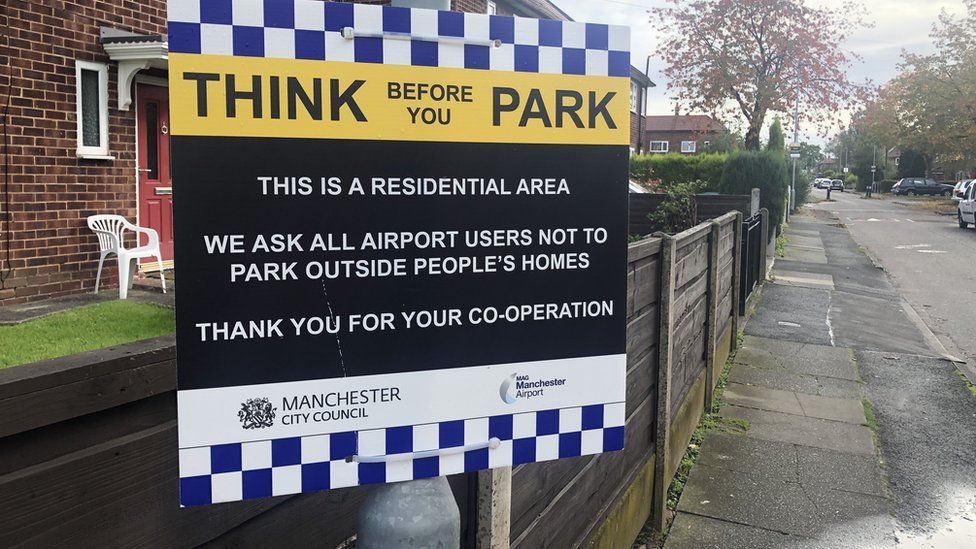 Manchester Airport, Manchester City Council and the region’s police forces have reassured residents in communities surrounding the gateway that they are taking action to tackle inconsiderate and illegal parking.

Following recent reports of poor practice by some unofficial parking firms operating near the airport, the Cheshire Constabulary launched Operation Cicero in June, with the aim of identifying any wrongdoing and taking enforcement action where appropriate.

Rogue firms have previously caused problems in the Wythenshawe area, leaving vehicles for long periods of time on residential streets, despite claiming they would be stored securely.

With the airport now entering what is likely to be its busiest month since 2019, those set to travel are being urged to do their due diligence on firms offering parking services before making a booking, and partner organizations including local authorities and police are primed to deal with any uptick in unscrupulous activity.

The Airport is also taking action to combat congestion caused by the increased number of taxis and private hire vehicles traveling to and from the airport at the height of the summer season.

The airport operates a dedicated private hire waiting area for drivers to use in between jobs, so that there is no need for vehicles to wait in neighboring residential areas. The airport has responded to increasing passenger numbers by cutting the cost of this waiting area in half during the school summer holidays, meaning taxi drivers can wait for up to three hours with just a £1 contribution to the facility’s upkeep.

Private hire firms are being contacted directly by the airport with details of how they can take advantage of this scheme during the summer holidays. The airport will consider renewing the scheme over subsequent busy periods if it proves successful.

One private hire driver, Zaheer Aslam, responded: “That’s absolutely brilliant news. Didn’t know this place existed. Great to use the toilet etc. Well done to everyone involved sorting this out.”

Chris Woodroofe, Managing Director at Manchester Airport, said: “We understand that for taxi drivers, particularly those based some distance from the airport, it makes financial sense to wait in the area for a return fare rather than to make the return journey without a passenger.

“However, when a high number of private hire vehicles wait in neighboring residential areas, it can create congestion and increase the risk of inconsiderate or illegal parking.

“That is why we have introduced this scheme for the summer holiday period, which we expect will alleviate pressure on street parking capacity in areas such as Wythenshawe and Woodhouse Park, by providing an affordable alternative for commercial drivers who need to remain in the area for extended periods.

“Meanwhile, we continue to take the issue of rogue meet and greet firms very seriously. In addition to our own official parking, there are a number of reliable and reputable third-party providers located near the airport and we would always urge passengers to do their research before handing over their keys.

“We encourage customers to use initiatives such as Park Mark and the government-backed Buy with Confidence scheme to find a provider that has undergone a series of detailed checks and is committed to trading fairly.”

Park Mark is a Police Crime Prevention Initiative designed to tackle crime in parking facilities, with over 5,000 accredited car parks in the UK, whilst Buy With Confidence is a government scheme listing providers vetted and approved by Trading Standards to ensure that they operate in a legal manner , honest and fair way.

The airport, Manchester City Council and police bosses are urging passengers to use these schemes when selecting which company to use.

“Here in Cheshire, we have received a number of complaints from residents in relation to rogue parking companies which are operating near Manchester Airport. These companies claim to be secure car parks which are affiliated to the airport. In reality, the vehicles are often stored in insecure muddy fields.

“As a result, we have had reports of vehicles being damaged or even having parts stolen. In other cases, we’ve been contacted by people who’ve returned home to find their vehicles have been driven thousands of miles while they’ve been on holiday.

“While we are committed to working closely with our partners to tackle these issues, it’s essential that holiday makers play their part.

“I would urge anyone who is going on holiday and looking to book a parking slot, to do their research, choose a reputable company and always book through an official website and don’t just go for the cheapest option. Otherwise your car may be touring the UK while you are traveling the world.”

Councilor Leigh-Ann Igbon, Executive Member for Vibrant Neighborhoods at Manchester City Council, said: “The airport is one of the pillars of the region’s economy and it is positive to see its recovery following Covid-19. But for some local residents the impact of inconsiderate parking has been significant. I’m glad to see that Manchester Airports Group are putting in place measures to alleviate this during one of the busiest periods of the year.

“As ever the Council would recommend anyone leaving their car at the airport when they fly to use reputable businesses and not fall prey to rogue operators. The Buy with Confidence Scheme is the best and easiest way to ensure your car is safe when on holiday.”

To find out more about these schemes visit www.parkmark.co.uk or www.buywithconfidence.gov.uk.