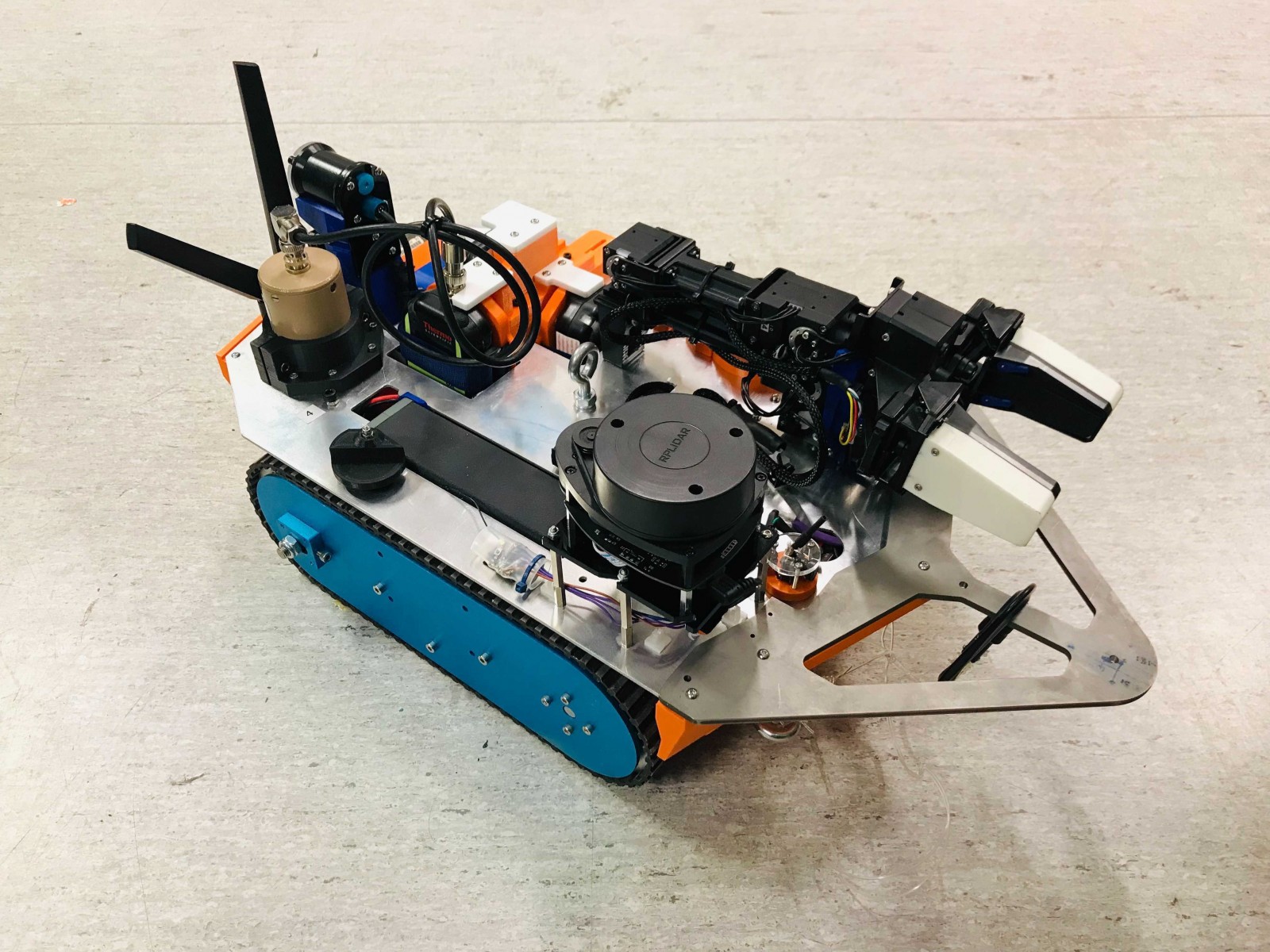 A robot named Lyra has been used to inspect a ventilation duct in Dounreay’s redundant nuclear laboratories and map radioactive materials.

Lyra traversed 140m of duct from a single entry point and provided operators with detailed radiological characterization information that can now be used to help plan safe and efficient decommissioning of the laboratories.

Previously, gaining this amount of detailed information would be complex and, even where possible, it would require operations staff to make additional airline suit entries into contaminated areas, increasing cost and elevating risk. Human access to this area is currently impossible due to the size of the duct and radiological risks.

This deployment has proven that mobile robots can be used to accelerate the pace of decommissioning legacy nuclear facilities in the UK, while at the same time reducing the risk to humans, decreasing costs and even reducing the amount of additional low-level waste that is generated during decommissioning.

Lyra was designed as a low-cost robot, featuring 5 radiation detectors, a laser scanner for positioning, 2 cameras, lights and a manipulator arm that was used to take swab samples of the radioactive contamination from the wall or floor of the duct. Lyra was developed by researchers at The University of Manchester, working within the Robotics and Artificial Intelligence for Nuclear (RAIN) Hub and with considerable guidance from technical and operations staff at Dounreay Site Remediation Ltd (DSRL).

Lyra was fitted with tracks and given a relatively high ground clearance to enable it to clear the considerable amounts of rubble that lay in the duct. The radiation sensing package was designed to be able to measure beta, gammas, x-ray, and neutrons radiations and a 5 DOF manipulator was attached to enable it to collect swabs for further radiological analysis at the site laboratories

The radiation sensing package coupled with the LIDAR radar, live camera footage enabled a 3D, time stamped video to be developed with the radiation readings as measured overlayed onto the video such that any point of interest or high radiation measurement could be pin pointed at any selected location within the duct.

DSRL Project Manager Jason Simpson said: “DSRL is greatly indebted to the team from The University of Manchester, their efforts coupled with that of FIS360 Managing Director Frank Allison have clearly demonstrated the substantial benefits to be gained through collaborative working with the supply chain. Now that the characterization survey is complete, we have built up a comprehensive picture of the duct which will help us make informed decisions on how the duct will be decommissioned going forward.

“Although it is recognized that the incentives to succeed differed for all parties, the enthusiasm and commitment from Frank Allison, Barry Lennox, Matthew Nancekievill, Keir Groves and the rest of the team at Manchester, ensured our objectives ultimately aligned to culminate in the successful deployment and data capture witnessed via Lyra.”

RAIN Hub Director Barry Lennox added: “We wanted to demonstrate that the robot could be used successfully in active areas. We added fail safe devices, including a remote “reboot” switch, and a winch to enable us to physically retrieve the robot if it got stuck on the debris in the duct. The survey has demonstrated Lyra’s reliability in active areas.”