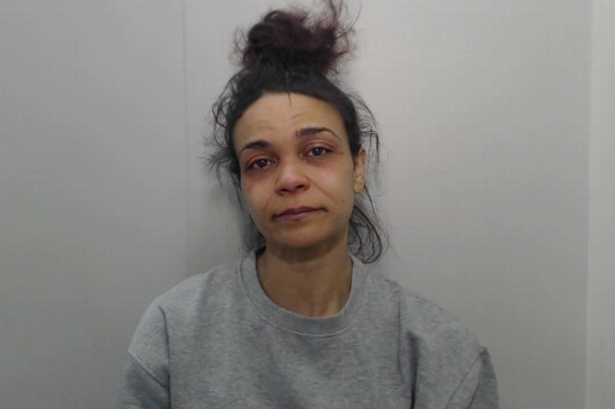 A Longsight woman has been sentenced to life in prison for the “brutal” murder of her mother in Manchester last year.

Cassandra Scott, 31, of Holker Close, will serve at least 17 years after the verdict at Manchester Crown Court for stabbing her mother, Beverley Scott, and then trying to cover up her crime.

Beverly’s body was found on Friday June 11, 2021 wrapped in blankets and plastic sheeting and hidden in a cupboard under the stairs at Holker Close.

Paint had also been thrown over her and police launched a murder investigation.

Beverley, 58, was last seen picking up a prescription at the Wise Pharmacy on Dickenson Road in Longsight on March 25, 2021.

Scott repeatedly stabbed her mother in the back 10 times between March 25 and April 1, causing fatal injuries.

She then proceeded to hide her mother’s body, wrapping her in plastic, covering her with blankets and throwing paint over her to cover the smell, before using rugs and more blankets to clean up the extensive bloodstains in the hallway to cover up.

She disposed of the knife and her clothes in an indoor trash can.

Scott then gathered her belongings and left the address to stay with a friend nearby and take her mother’s dog.

In the weeks and months that followed, Scott repeatedly lied to family members, friends and neighbors about Beverly’s whereabouts, claiming that she was in rehab, she didn’t want to speak to the family at the moment, she was fine, and on one occasion that she was in the hospital died.

During this time, she also continued to withdraw money from Beverly’s bank account to buy drugs and support herself.

Concerns were raised for Beverly’s well-being when she failed to contact services and collect her weekly prescriptions, and on the afternoon of June 11, 2021, Beverly’s home was forced into and her body discovered.

The following day, Scott was arrested on suspicion of murder.

Lead Investigator Duncan Thorpe said: “This was a brutal murder and Cassandra not only took Beverley’s life, she did everything in her power to hide it – she lied to family friends and neighbors and she did so to the extreme upset and tormented.

“My thoughts remain with Beverly’s loved ones as they try to come to terms with what happened.

“We are delighted that Cassandra Scott will serve at least 17 years in prison and while this conviction will not bring Beverley back, I hope she offers her family a closure to a terrible chapter in their lives.

“I would like to thank Beverley’s family for their patience during this ordeal and I hope this sentence sends a strong message that we will always try to bring those responsible for crimes like this to justice and work to gather enough evidence to ensure they are removed from society for as long as possible.”