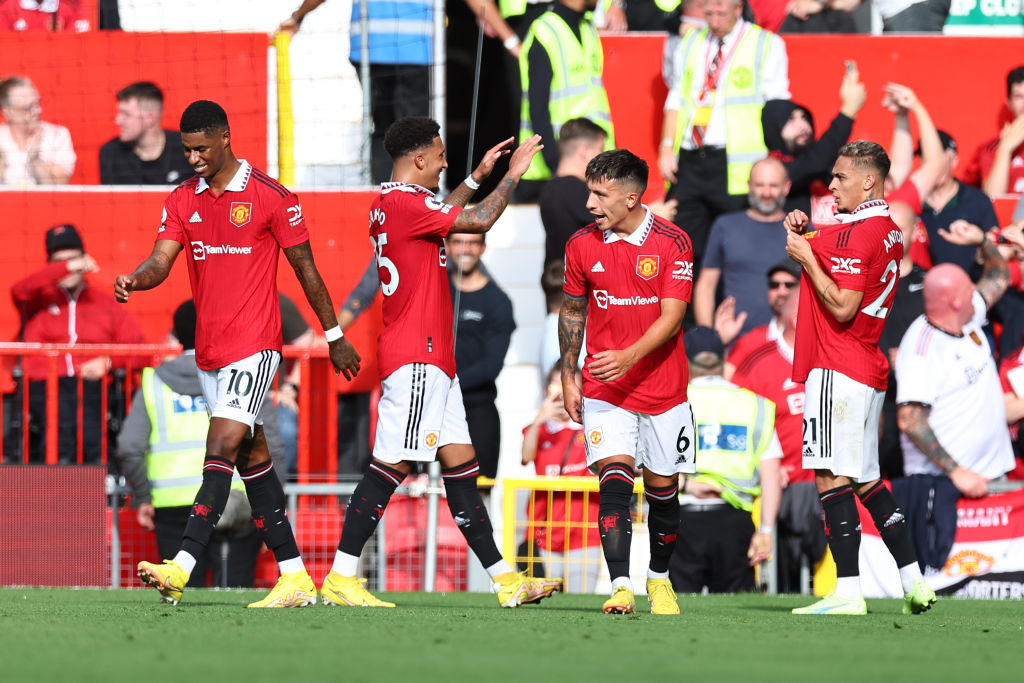 Prior to the 2022-23 campaign kicking off, the South American duo had spent the last two seasons together in Amsterdam and won back-to-back Eredivisie titles under the stewardship of Erik ten Hag.

Martinez and Antony played alongside one and other 64 times together for the Dutch giants, and the duo have already established themselves as regulars at the Theater of Dreams.

In an interview with the club’s in-house media, Martinez was asked to give his thoughts on Manchester United’s new number 21.

Martinez said: “Antony’s a fighter, he has a lot of quality, one against one, his finish and his mentality.

“He can bring a lot of things to the team and you can see from the first game.”

The nine-time Brazil international made a dream start to life with the twenty-time league champions when he scored our opener in the 3-1 win against league leaders Arsenal at Old Trafford.

Antony’s passionate celebration showed how much that moment meant to the former Sau Paulo starlet.

While Argentina international Martinez has been a revelation since joining the club and the 24-year-old has established himself at the heart of our defense alongside World Cup winner Raphael Varane.

Martinez’s understanding and partnership with the former Real Madrid man looks to be growing with every passing game.

Both Antony and Martinez will get the opportunity to experience a Manchester derby for the first time when Ten Hag’s side travel to the Etihad Stadium to face Pep Guardiola’s Manchester City on 2 October.