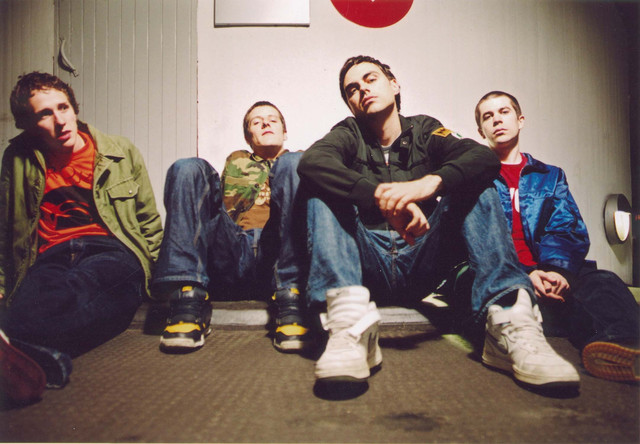 This will be Hard-Fi’s first live show since 2014. These performances will feature the original line-up of Richard Archer (vocals/guitar), Kai Stephens (bass), Steve Kemp (drums) and Ross Phillips (guitar) performing together after an eight year break.

Access to this event requires a separate ticket to Neighborhood Festival, which takes place on Saturday 1st October across Manchester City Centre. Current ticketholders for Neighborhood Festival will gain access to exclusive pre-sale, providing an early chance to bag tickets to the opening party. The pre-sale will open at 9am on Wednesday 17th August.

On their return, the band said: “We’re really happy to be playing in Manchester again for Neighborhood Festival’s opening party and at New Century Hall which, from what I’ve seen, looks stunning and has that impeccable music history. Neighborhood has a reputation for helping to spotlight emerging acts, this will be our first show in about 8 years so I guess we’ll emerging, blinking into the light of whatever genre we were classed as… Indie? Pop? indie pop?

“Although we’re from just outside London, our first proper show was in Manchester and we went on to have many memorable gigs there so the city has a special place in our hearts; top nights at Night & Day Café, The Ritz, Apollo and GMex pop into my head. Hope you can make it, see you down the front.”

Fans have become particularly vocal in calling for a Hard-Fi live return via social media over the last few years. Not only did Archer’s solo livestream charity gig in lockdown tease the prospect as he performed the band’s debut album, Stars Of CCTV, in full, but the Staines-based group’s influence has increasingly being felt of late on a new generation of artists who also fuse dancefloor-friendly grooves and beats with words that candidly chart modern life.

“It felt like the right time to get together and play our songs again,” explained Archer, who has not been idle in the intervening period, writing songs for various artists and his own band OffWorld. “Not only did people keep asking me when we were going to do a show, but I felt a lot of the things Hard-Fi did – both musically and lyrically – have really started to chime with what’s going on right now. That sense of wanting to come together again and have a good time as a collective or community has always part of what Hard-Fi is about.”

Tickets go on sale at 9am on Thursday 18th August HERE.