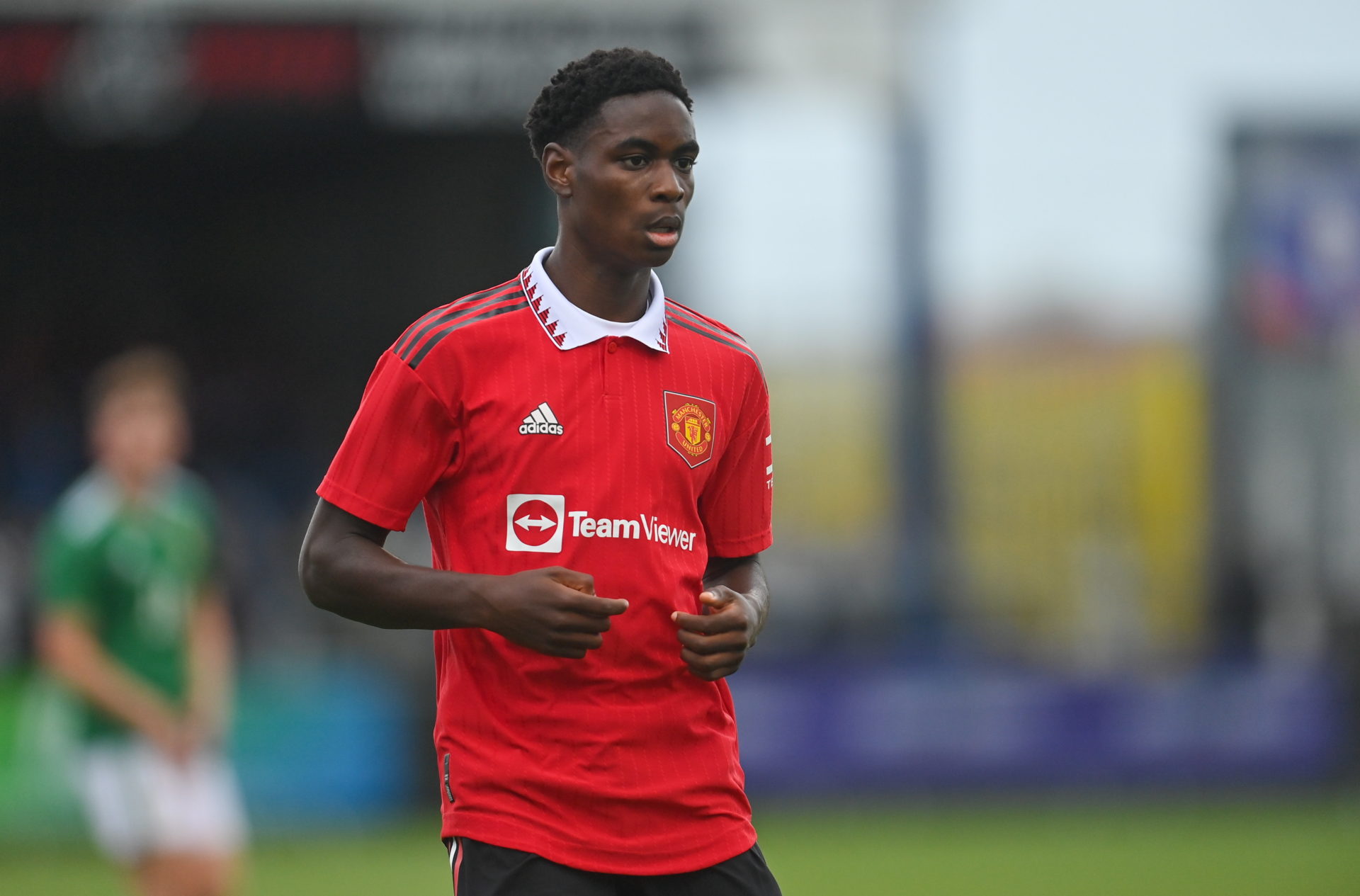 Ogunneye was pictured on Instagram putting pen to paper on his new deal.

He turned 17 at the start of November and described the ‘proud moment’, pledging to continue to work hard.

Habeeb Ogunneye is a right-back who likes to get forward and join the attack. He can also play as a wing-back.

He has three caps for England at under-17 international level, including a 7-0 win over Armenia a year ago.

Ogunneye played in the UEFA Youth League for United last season in a 2-1 victory over Young Boys.

Despite playing in pre-season in Norther Ireland, Ogunneye has not featured yet this season, but his recent contract shows United are committed to his development.

Ogunneye could play a part in United’s upcoming FA Youth Cup defence, which begins away at Crystal Palace in late December.

With a first team manager at the club who gives chances to young players, Ogunneye and co will be keen to step up and show what they can do between now and the end of the season.

Photo By Ramsey Cardy/Sportsfile via Getty Imagesshow all