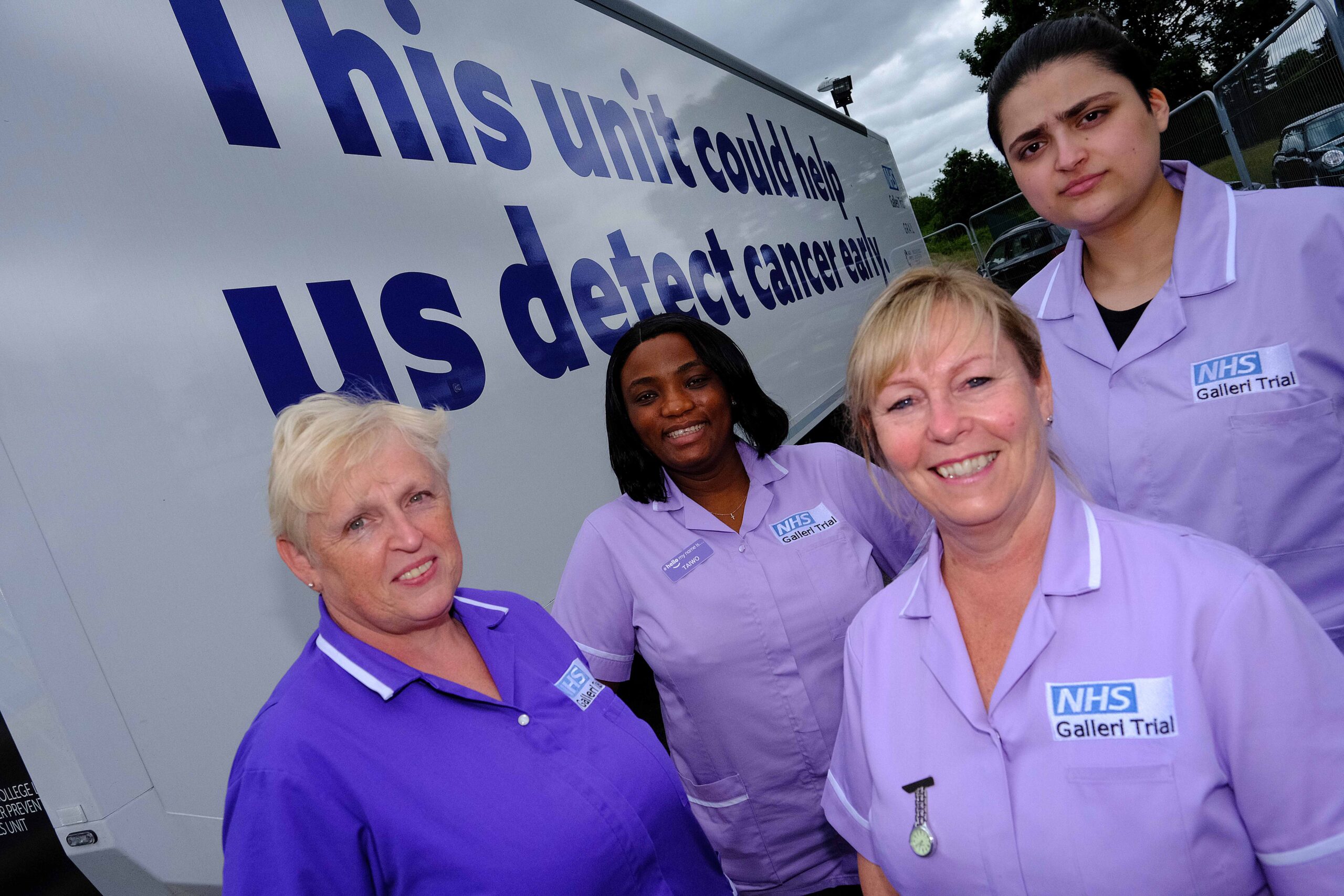 Hundreds of volunteers from across Greater Manchester – including Oldham, Salford, Manchester, Trafford, Heywood, Middleton and Rochdale, Wigan, Bury, Bolton, Stockport, Tameside and Glossop – will be invited to return to mobile clinics over the coming weeks for their second appointment as part of the NHS Galleri trial.

Participants will be asked to give another blood sample to help investigate whether a multi-cancer blood screening test can help to detect cancer early before symptoms appear.

Since the NHS-Galleri trial first arrived in Greater Manchester in October 2021 the trial has successfully enrolled over 140,000 volunteers from many different socio-economic and ethnic backgrounds across England, including 20,000 from Greater Manchester.

Those taking part were all aged 50 to 77 years old at the point of enrolling onto the trial and had not been diagnosed or treated for cancer in the last three years.

Alison Armstrong, Associate Director at Greater Manchester Cancer Alliance, said: “We are delighted to be welcoming back volunteers to Greater Manchester for their vital second appointment as part of the trial. We know from feedback that volunteers found the process of enrolling very straightforward. We want to thank them for returning for both their second and third appointments, which will be even shorter. It’s such a simple thing to do but could make a big difference.”

Sarah Price, Chief Officer for Population Health and Inequalities at NHS Greater Manchester Integrated Care, said: “We are truly grateful for the ongoing support of volunteers in Greater Manchester as they are invited back to give blood samples this year and for a final time next year.

“This trial continues to put the NHS at the forefront of cutting-edge research and technology. The Galleri® blood test, if successful, could play a major part in achieving our NHS Long Term Plan ambition to catch three quarters of cancers at an early stage when they are generally easier to treat.”

“These next trial appointments are really vital for helping researchers understand whether the test could be used in the future as part of the NHS cancer screening programme.

“Whilst the first year of the trial may pick up cancers that have existed for some time, the second and third years provide the best opportunity to explore the expected benefits of picking up new cancers at an early stage when treatment is generally more successful.”

If successful, the NHS in England plans to roll out the test to a further one million people across 2024 and 2025. In its first year, the trial has referred a small proportion of trial participants for urgent NHS cancer investigations, following detection of a positive Gallery cancer signal.

Research has shown that the Galleri test could help to detect cancers that are typically difficult to identify early – such as head and neck, bowel, lung, pancreatic, and throat cancers.

The test works by finding chemical changes in fragments of DNA that leak from tumors into the bloodstream.

The NHS-Galleri trial is being run by The Cancer Research UK and King’s College London Cancer Prevention Trials Unit in partnership with the NHS and healthcare company, GRAIL, which has developed the Galleri test.

The trial is operating with the support of eight NHS Cancer Alliances across England that span Cheshire and Merseyside, Greater Manchester, the North East and North Cumbria, West Midlands, East Midlands, East of England, Kent and Medway, and South East London.

After this round of second appointments, local volunteers will be asked to come back a third time in around one year from now.