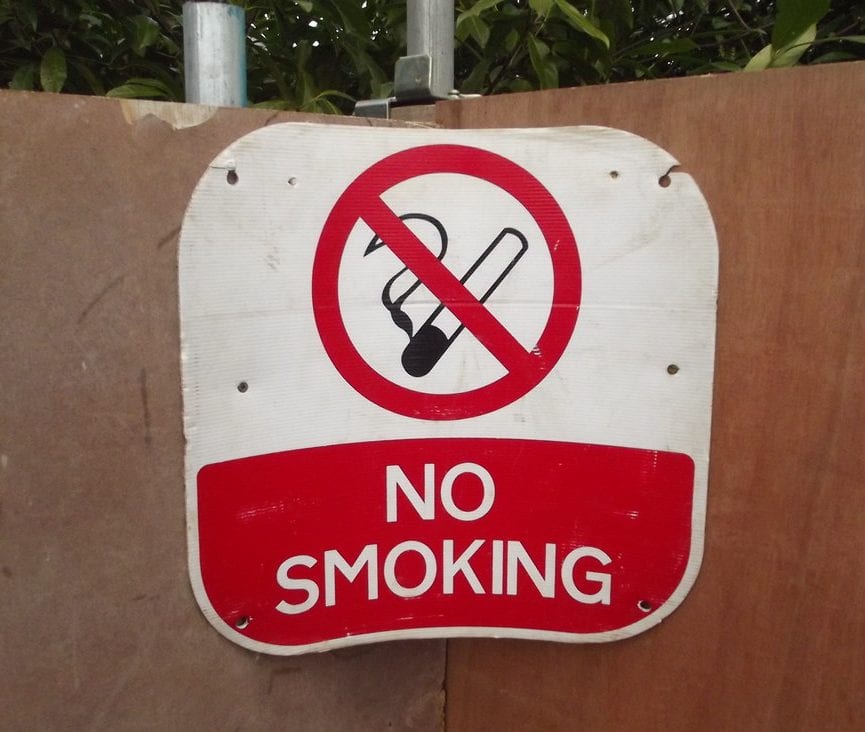 Greater Manchester is set to receive $100,000 (£79,000) from the Partnership for Healthy Cities, supported by Bloomberg Philanthropies, the World Health Organization (WHO), and Vital Strategies to create smoke-free outdoor spaces and change cultural and societal attitudes to smoking.

By joining the Partnership for Healthy Cities, Greater Manchester has committed to creating the smoke-free spaces to protect residents and visitors from the serious and life-threatening illnesses caused by tobacco.

In a bid to accelerate improvements to the health and wellbeing of the population, plans are now underway to explore several outdoor spaces being turned into healthier, greener, safer spaces, with smoking no longer allowed in certain public areas.

Extending smoke-free outdoor spaces already has significant support from people in Greater Manchester. In 2018[i]almost 8 in 10 people (78%) agreed that extending smoke-free spaces is a good idea, and they were particularly concerned about the impact of smoking on children and young people.

When asked which outdoor spaces should be smoke-free, the public favorite children’s playgrounds (93% in favour), school entrances (92%), outside public libraries and town halls (72%), public parks (65%) and outdoor events (60%).

The first phase of the project will be delivered by Manchester City Council, in collaboration with NHS Greater Manchester Integrated Care, and takes learnings from the likes of Melbourne, Australia and New York, USA, which have implemented similar initiatives in the metropolitan cities.

A public consultation is expected to start early next month to ask members of the public and local businesses for their views on the plans and to put forward suggestions for places they’d most like to see go smoke-free, with a final decision being made in autumn and the first space made smoke-free by the end of the year.

“People living in Greater Manchester have a lower life expectancy than those living in other parts of the country, and we must take action to reduce preventable illnesses and the role they play in our considerable health inequalities.

“When we look at smoking, which is the leading cause of preventable illnesses, we have some of the highest smoking rates in the country, and it has a significant impact on our people’s health and wellbeing.

“Smoke-free spaces not only promote healthy behaviors to children and young people, but they also encourage smokers to quit and make it easier for ex-smokers to stay smoke-free. Through the Partnership for Healthy Cities network we will boost our efforts in making smoking history to ensure longer, healthier lives for our residents.”

“We are committed to tackling the harms caused by tobacco and want to see healthier, smoke-free spaces that everyone can enjoy, which is why we are pleased to be working with partners on this project to extend smoke-free spaces in the city. By making smoking less visible in certain outdoor spaces we are not only preventing children from inhaling secondhand smoke, but we are promoting healthy behaviors and setting a good example to children and young people who tend to copy adults’ behaviour. The more spaces we can make smoke-free, the less likely children are to take up smoking – preventing them from getting hooked on a deadly addiction.

“The reality is that smoking has a devastating impact on our communities, with two in three long-term smokers dying prematurely from their addiction and we need to embrace initiatives such as this to tackle this public health challenge.”

Smoking tobacco is the single largest cause of preventable deaths globally and in Greater Manchester more than 5,000 adults die from smoking-related diseases every year.

It’s estimated that smoking rates in Greater Manchester have fallen to 14.9%[ii] – around 350,000 people – however, rates vary across the city-region with stark differences between neighboring boroughs. For example, Manchester’s smoking rate is 20.8% (one in five adults), whereas Trafford is just 8.5% (roughly one in 12) – one of the lowest rates in the country.

“Tobacco use and secondhand smoke are leading risk factors for cancer and other life-threatening illnesses. Bloomberg Philanthropies is proud to welcome Greater Manchester to the Partnership for Healthy Cities and we commend their commitment to creating smoke-free outdoor spaces.

By joining this global network and launching their plans for a smoke-free city, Greater Manchester is taking an important step to protect the health of their residents, and ultimately, save lives. We look forward to continuing to support their policy initiatives to create smoke-free spaces and reduce tobacco use in their community.”

Ariella Rojhani, Director of the Partnership for Healthy Cities at Vital Strategies, said:

“Smoke-free public spaces are the centerpiece of healthy and safe cities. Today, we’re glad to welcome Greater Manchester to a network of cities committed to saving lives by changing the environments in which people live, work, and play, and commend them on this outstanding step forward.”