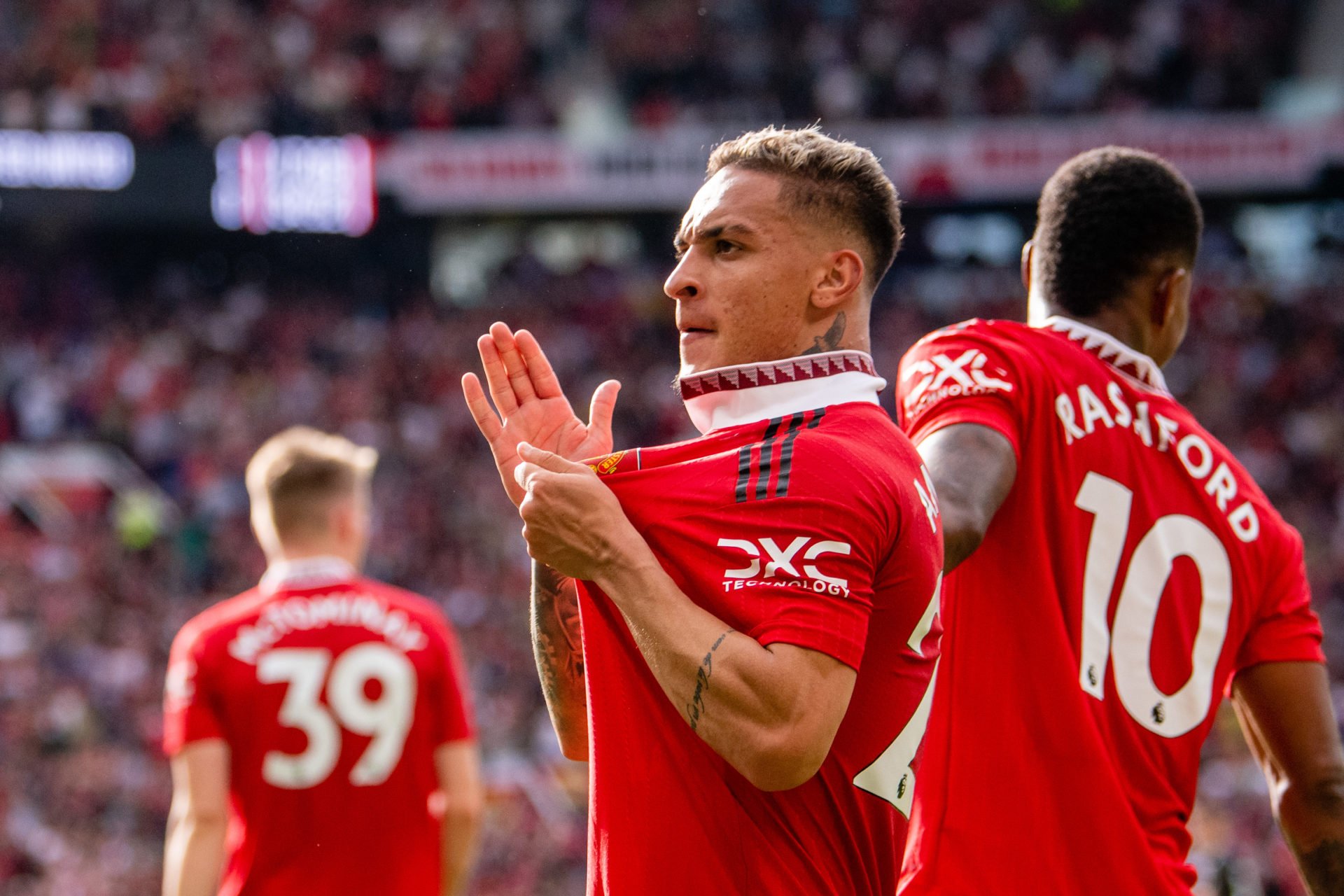 Ten Hag shows Antony faith and it pays off

Erik ten Hag is reluctant to change his starting XI, we have learned this already, and midfielder Casemiro has to continue to wait for his chance, along with Cristiano Ronaldo.

Antony is the exception. With just a couple of training sessions at Carrington, Antony went straight into the starting line-up.

This is due to Erik ten Hag’s pre-established trust in Antony from his time at Ajax. He knows what the winger will bring to the side. If it wasn’t clear already from the fee paid, then it was clear that the winger will play a key role this season.

Lisandro Martinez went straight into his line-up early in the season too, and this tells us something with the manager. Once you earn Ten Hag’s trust, you really do have it unconditionally.

Antony took 35 minutes to make his mark, opening the scoring with a well taken shot when put through on goal, to finish one on one. This was the dream start.

On a weekend where VAR made two bad errors in West Ham and Newcastle games, there was plenty of spotlight on the big Sunday game between Manchester United and Arsenal.

There was an early test for the officials when Gabriel Martinelli put Arsenal 1-0 up. United’s players protested furiously over a foul in the build-up, and referee Paul Tierney checked the monitor.

He correctly judged that Martin Odegaard had fouled Christian Eriksen. Odegaard did not touch the ball and sent Eriksen tumbling to the floor, it was a clear foul.

Credit where it’s due. With the help from VAR, the officials got this one right. The goal was rightly disabled.

Arsenal equalized 15 minutes into the second half and Bukayo Saka’s strike had been coming, with the Gunners in the ascendancy.

What was disappointing from Manchester United’s perspective was that the equalizing goal was so soft.

United gave the ball away in midfield, and within seconds, the ball was in the back of the net. There will be plenty for Erik ten Hag to analyze, and no blame can be pinned on one individual. This was a collective failure, with concentration and defensive execution lacking.

While not wishing to second guess Erik ten Hag’s choices and substitutions, there’s a case to say Casemiro should have been brought on sooner to try and protect the team’s lead.

Rashford’s confidence is coming back

There were major questions about Marcus Rashford at the start of the season, and a miss against Brighton highlighted a concern over his finishing.

Now he has scored in back to back home games since, finishing one on ones against Liverpool and Arsenal, both coming at crucial stages of the game.

You can tell his confidence is returning when he is finishing these type of chances, and his movement created the opportunity, courtesy of an excellent Bruno Fernandes pass.

Rashford also has two assists in his last two games, and he is becoming a major contributor to the team’s recent success.

The media and opposition fans seemed to take some delight in Manchester United’s wonderful start to the season, and let’s face it, the team did get off to the worst possible start.

Let’s see if United receive a commensurate amount of praise for the way the team have responded, knocking together four successive wins, including victories now against Liverpool and Arsenal.

The victory has United in fifth place, and crucially, just three points off first. While this shouldn’t prompt an overreaction to suddenly suggest we can compete for the title, it clearly shows the team are moving in the right direction.

A top four spot has to be a legitimate outcome of this season, but for now, let’s enjoy the ride. It’s great to see Manchester United winning regularly once again.