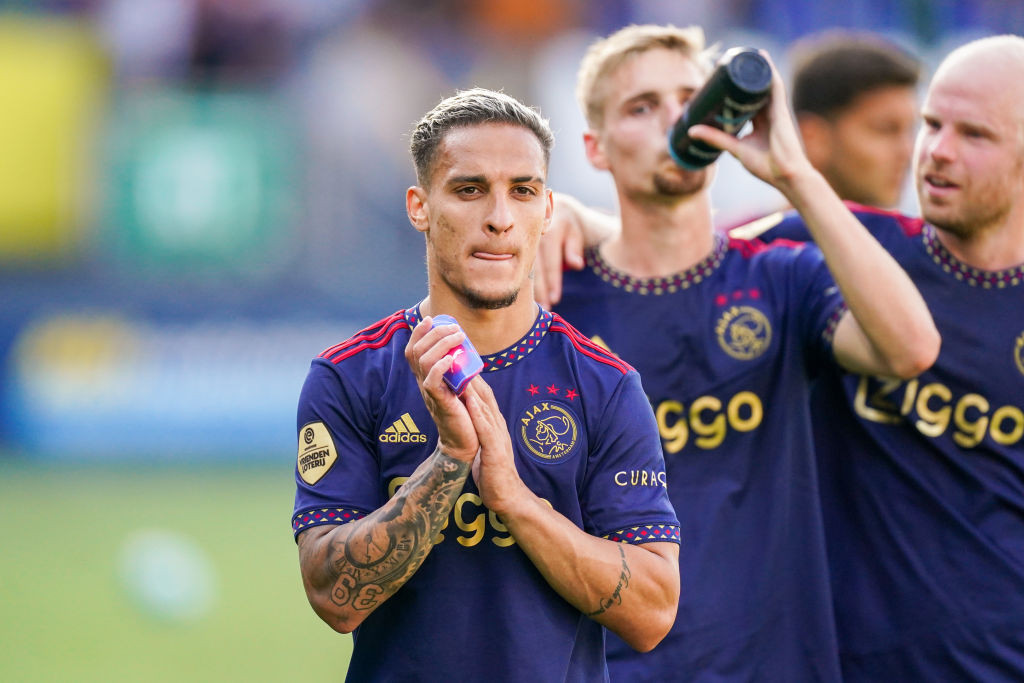 Ten Hag signed the nine-time Brazil international from Sau Paulo two years ago for the Amsterdam giants, and the pair will now reunite in Manchester.

Antony will not be available to face Leicester on Thursday as his visa is not expected to be ratified in time but he could make his debut against Arsenal at Old Trafford on Sunday.

Ajax’s seemingly former number 11 has produced his best performances from the right-hand side and he’s likely going to challenge Jadon Sancho and Marcus Rashford to occupy the wing spots.

Antony will be hoping to strike up a fruitful partnership and understanding with United’s right-back Dalot.

The former Porto man is currently in control of United’s right-back berth with Aaron Wan-Bissaka seemingly not forming part of Ten Hag’s plans, and it was Dalot who provided the assist for Bruno Fernandes’ winner against Southampton on Saturday.

From his 82 games for Ajax, Antony scored 24 goals and laid on 22 assists.

As well as winning an Olympic gold medal with his country, Antony won two Eredivisie titles and the Dutch Cup under the tutelage of Ten Hag.